Missouri - Columbia's relaxed laws on pot possession soon could extend to growing small amounts of marijuana. At the end of Monday night's Columbia City Council meeting, Sixth Ward Councilwoman Barbara Hoppe asked city staff to draft an ordinance setting a maximum penalty of $250 for growing up to six plants. Hoppe was responding to a request from attorney Dan Viets, a longtime advocate of eliminating penalties for marijuana.

Under state law, growing marijuana, no matter the amount, is a felony, with a minimum term of five years and a maximum penalty of life in prison if the offense takes place within 2,000 feet of a school or a school bus. Like Columbia's possession ordinance, the new proposal, if passed, would direct police to bring offenders before municipal court instead of filing state charges.

Viets, who made his pitch for the lower penalties during the public comment portion at the start of the meeting, was not there at the end when Hoppe acted on his proposal. He said he was surprised, but pleased, that the council was acting swiftly. Hoppe said she thinks this effort could give police the chance to "focus on other issues." "The city attorney is double-checking" the issue "in terms of state law and if there are any glitches," Hoppe said. "Otherwise, I think it could come up pretty soon – possibly as early as a first read at the next council meeting."

While she said she has not spoken directly with other council members, Hoppe said she has talked with people who have had those conversations with the council and they have told her they think it could have the support to pass. One of Viets' main points was that people who grow their own pot will not be taking part in the illegal black market. That could have the effect of reducing drug-related violence, he said.

"It is valid to say that if there is less commercial activity in marijuana, there may be less violence related to commerce in cannabis," Viets said. "It is the money – not the marijuana – that is the root of the problem." Under a city ordinance approved by voters in 2004, possession of up to 35 grams of marijuana is considered a misdemeanor, punishable by a maximum fine of $250. That ordinance directed police to make enforcement their lowest priority and to issue offenders a summons instead of making an arrest.

Except in specified cases, possession charges are to be handled in municipal court. That prevents offenders from being burdened with a criminal record and, in the case of students, keeps them from losing federal student aid for being drug offenders. State law makes possession of up to 35 grams a misdemeanor punishable by up to a year in jail.

City ordinances only dictate the actions of city police, and offenders caught by the Boone County Sheriff's Department, the Missouri State Highway Patrol or the University of Missouri Police Department still could be charged in state courts. Viets said he doubts that those agencies would seek to usurp the duties of Columbia police and cautioned that if the ordinance passes, it will not mean that growing pot is legal. "You can't grow and expect to not suffer any consequences when you get caught," Viets said. "People aren't going to be growing out in the open." 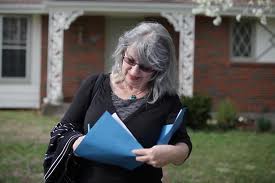 Both Sides Near Deal On Pot Law