California's new gold rush could be green, and government leaders are grappling with how to cash in once they know if -- and where -- new cannabis ventures will be allowed.

Statewide, more than $1 billion could be collected from pot sales and other activity within the next several years.

In Santa Barbara County, tax on cannabis cultivation could generate between $4 million and $64 million in just one year, according to an analysis conducted by HdL Companies, a consulting firm contracted by the Board of Supervisors.

Locally, the cities of Santa Barbara and Grover Beach will begin allowing the sale of cannabis, albeit with strict restrictions within their boundaries, starting Jan. 1.

Others, including Santa Barbara County, are continuing to wrestle with creating a business infrastructure to regulate and control the industry. Ultimately, supervisors must decide whether officials will follow the state's lead, set their own rules and restrictions or decide to keep the existing moratorium in place indefinitely. All those decisions could affect the county's bottom line when it comes to cannabis tax revenue.

Two years ago, the California Department of Food and Agriculture conducted a survey of potential cannabis cultivators in Santa Barbara County. The study found about 200 people engaged in or planning to enter the local industry.

This year, Santa Barbara County leaders took the survey a step further, requiring current and future cannabis cultivators and manufacturers to register their locations, inventory and future intentions. According to that registry, the number is more than 500.

Overall, those cultivators could produce 3.7 million pounds of cannabis a year, according to the California Department of Food and Agriculture, with 13.5 million pounds produced statewide.

Supply may exceed demand, however.

The same survey estimated that statewide, Californians will consume about 2.5 million pounds.

"There is far more interest from people that want to come into this industry than the market can possibly support," said Mark Lovelace, HdL Companies cannabis policy adviser.

Since the adoption of Proposition 64 in November 2016, hundreds of people have begun to expand or break into the legal weed business, which analysts fear could flood the market, turning any potential marijuana boom into a cannabis bust.

As fees and taxes are levied at the state and local level, many industry watchers believe the number of pot ventures will shrink.

"With so many people seeking to be involved with this, especially in the cultivation sector, it is going to force prices to plummet," Lovelace said. "Margins are going to have to be razor-thin. It is very likely that the people that are going to succeed are going to have to have some sort of financing that will allow them to lose money for a period of years until their competition has thinned out significantly."

The consulting firm warned the Board of Supervisors not to think of the cannabis industry as a cash cow that will fix its budget gaps.

"There is a gold rush mentality," Adam said. "The stuff that is sold in this state is going to drop precipitously in price. There is going to be a whole bunch of these legal guys that go broke. This is not going to work."

While cities and counties continue to grapple with regulations, new state cannabis taxes go into effect Jan. 1. The tax will be levied on growers, manufacturers, producers and distributors in areas where local municipalities have built their local business infrastructure.

The revenue generated by the state tax will go to pay for the implementation of the new cannabis rules, fund economic development, drug treatment and prevention efforts, along with environmental and law enforcement initiatives.

The first is a 15-percent excise tax that will be imposed upon purchasers of cannabis and cannabis products.

The second is a tax on the cultivation of cannabis that enters the commercial market. Cultivators will be required to pay a cultivation tax to either a distributor or manufacturer, depending on the nature of the transaction.

Cannabis flowers contain higher amounts of the mind-altering substance THC and can be used to create a variety of products, while the leaves of the plant have a lower amount of THC and have fewer uses.

State leaders chose to levy taxes on cultivators based on weight because it is more fair to the different types of cultivation -- whether cannabis is grown using natural or artificial lighting.

"If you are going to place a tax on cultivation, is it fair if you do the same sort of rate for someone that relies entirely on sunlight as you do to someone that relies on artificial lighting? It is going to hit the person who relies solely on outdoor light more severely because they only get one harvest per year," said Dan Klemann, deputy director for the county's Planning and Development Department.

Any decision about how much the county's taxation structure could levy will be above and beyond what the state levies. Along with the decision of how to tax, county decision-makers will have to decide how they allocate the money.

According to analysts, this option would create revenue without causing undue burden on any of the different industry types. The first option would give control of changing the rates to voters and not the Board of Supervisors.

The second option is to levy a 10-percent gross receipt tax for all marijuana operators, taxing every type of operator the same way.

HdL Companies consultants believe this option may deter cannabis ventures from coming to Santa Barbara County, if the industry is sanctioned.

The third option is a variation of the first but allows county leaders to adjust the rates at their discretion.

The final option is to leave it up to voters.

Supervisors are exploring creating a ballot measure for a special election in June to let county voters decide how to tax marijuana in Santa Barbara County. They are set to discuss the item during their next meeting on Jan. 9. 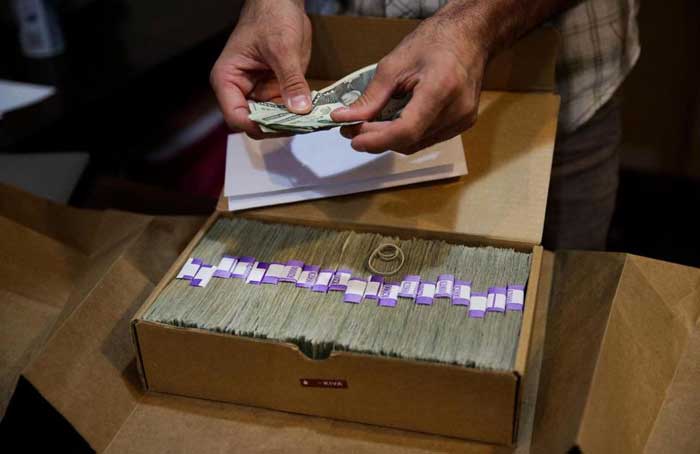