The new rules would allow medical marijuana growers and dispensaries to continue operating in the county. The county commissioners expect to hold two public meetings and take a final vote on the regulations in June. They discussed a draft of the new laws on Tuesday.

"I tried to incorporate as few wrinkles as possible," County Attorney John Ely said of the proposed rules, which he wrote and modeled after Boulder County's regime.

Additional zoning regulations, including prohibitions on marijuana farms and dispensaries in some areas, are likely to be incorporated into the regulations later.

The commissioners agreed to make County Manager Jon Peacock the licensing authority for medical marijuana operations. Commissioners discussed whether they wanted to handle all applicants themselves – as they do for liquor licenses – or leave the decision to their top staffer.

They opted to leave it to Peacock, in the hopes of stymieing public controversy.

"I feel that having an administrator, at some level, may take some of the politicization out of this," said Commissioner Rachel Richards.

As the licensing authority, Peacock would be tasked with little more than checking off the state's requirements for local medical marijuana businesses.

If there are issues with renewing a license, or complaints about a pot business, the commissioners would hold a public hearing on it.

The commissioners also gave initial approval to a $1,000 standard fee for licenses. The county would charge $2,000 for any license requiring a public hearing.

Whether the county's insurance will cover claims related to the marijuana trade remains unclear, Ely said.

The county's liability insurance policy, with One Beacon, won't cover any illegal activity. Since sale and possession of marijuana remains a crime under federal law, insurance coverage may not apply. Ely said there are no precedent-setting insurance claims in Colorado regarding publicly-sanctioned marijuana operations.

"We don't know yet whether it's a problem," he explained. "It could be or it couldn't be."

Commissioner George Newman raised the issue of prohibiting marijuana businesses from operating in some areas of the county. He said members of the Crystal River and Fryingpan caucuses have opposed hosting any dispensaries in Redstone or Meredith, though the towns are zoned for commercial businesses.

He said that the Snowmass Capitol Creek Caucus and Emma Caucus are seeking to ban grow sites.

Before the first public hearing on the regulations next month, county officials will draw up maps showing areas where marijuana business is and isn't welcome. They plan to base any area bans on those maps and caucus feedback.

State marijuana regulators have asked for all county regulations to be passed before July 1. The commissioners suggested they might pass the basic licensing rules before that date, then continue to hold public hearings about pot business locations, and amend the existing rules later.

The commissioners last year discussed adding rules to the county land use code for marijuana operations. They abandoned those on Ely's advice, after he said county officials would be at risk of federal prosecution if they sanctioned such businesses.

The board reversed course in January, when state marijuana authorities mandated the local government approval in order for businesses to procure state licenses for a grow site or dispensary. 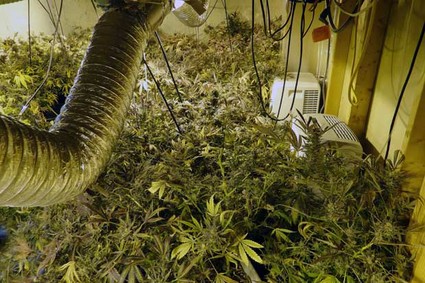