The owner of a medical- marijuana facility in the Cowichan Valley says consumers will get a better product, more choice, and that his own production will increase a hundredfold under the coming free-market regime.

"The new system is very positive, certainly from an industry and commercial perspective. I think it is going to benefit the consumer in the long run in terms of a good standardized quality product in compliance with the Food and Drug Act," Eric Nash, co-owner with Wendy Little, of Island Harvest, said Wednesday. "We are planning for rapid expansion."

Citizens are becoming more accepting of medical marijuana as a viable medicine, Nash said. Health Canada anticipates that it could become a $1.3-billion industry in 10 years.

Like the other 4,000-plus licensed growers in Canada, Island Harvest has been permitted to produce for up to two patients each.

Under the new rules coming into effect next April, there will be no limit on the number of patients, Nash said.

The company applied in the summer for a licence under the new regime and hopes it will be approved within three months.

Nash said the firm is moving into a larger facility and spending $250,000 to $300,000 in capital costs, the expected minimum for a commercial operation.

He can't say any more than that because the federal government requires that details of a growing facility remain confidential, he said.

This represents a drastic change. Currently, "you've got product grown in basements, in closets, and outbuildings and it is being distributed to patients," Nash said. "It has been a bit of a haphazard industry in the past."

"I think there is tremendous opportunity in this industry for businesses and for investors, for venture-capital folks to get involved. I think it is going to be an industry in transition," Nash said.

"There will be a bit of moving and shaking of companies jockeying around for position, some mergers and acquisitions, maybe alliances and partnerships formed to pool resources because certain people have skills in different areas."

Some consumers prefer certain strains for pain relief from given medical conditions. Island Harvest will feature organic marijuana as one offering, he said.

Consumers will get freedom of choice in price and quality, Nash said. "It's going to be a very diverse industry."

Health Canada anticipates that dried medical marijuana will sell next year for about an average of $7.60 per gram.

Potential exists for spinoff product development as well, said Nash. Not all patients want to smoke cannabis. Some prefer tinctures or a baked or cooked product.

Nash said that once a new licence is granted, production, with a three-to-four month crop cycle, will start right away.

As for how much business will grow, Nash said, "It will be a huge multiple, a hundredfold anyway."

He expects to have between six and 12 employees next year.

As of April, Health Canada will no longer sell and distribute medical marijuana, and personal production by individuals at their own homes is supposed to come to an end. The only allowed source of medical marijuana will be licensed producers.

Philippe Lucas, a UVic PhD candidate in the Social Dimensions of Health program and a graduate researcher at the university's Centre for Addictions Research, said the new system is a "step forward."

It will end a single-producer monopoly that has dominated the program for 10 years by licensing more large-scale medical cannabis producers, he said. And customers will see a better selection of a quality-controlled product.

Physicians will be able to fill out a one-page form that can be mailed or faxed to a production facility, which would then send the product by courier. Today, a 33-page form is required. 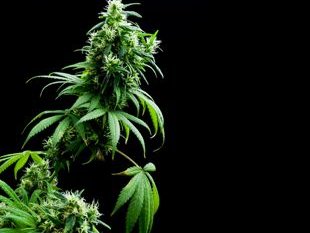