While doing some overdue research on marijuana's migrational history, I came upon this little nugget:

Certainly cannabis was, and still is, widely used for recreational purposes in Muslim countries and this was certainly the case in Arabic Egypt. The diffusion of the plant into sub-Saharan Africa seems to have been partly due to migrant communities of Muslims from the north and to Arab merchants trading along the east African coast. Although it seems difficult to believe cannabis was not, at least according to some experts, present in West Africa before the Second World War. 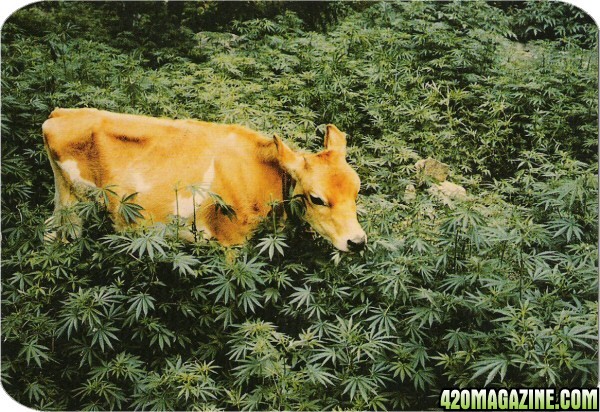 In a source cited by Brian Du Toit, the famous explorer David Livingstone describes the use of matokwane (cannabis) by the Makololo people:

we had ample opportunity for observing the effects
of this matokwane smoking on our men.

It makes them feel very strong in body,
but it produces exactly the opposite effect upon the mind.

The performances of a group of matokwane smokers are
somewhat
grotesque;

they are provided with a calabash of pure water,

which has a large calabash of kudu's horn chamber to contain the water, through which the smoke is drawn Narghille fashion,
on its way to the mouth.

Each smoker takes a few whiffs,
the last being an extra long one,

and hands the pipe to his neighbour.

He seems to swallow the fumes;
for, striving against the convulsive action of the muscles of the chest and throat,
he takes a mouthful of water from the calabash,
waits a few seconds,
and then pours water and smoke from his mouth down the groove of the bamboo.

The smoke causes violent coughing in all,
and
in some
a species of frenzy
which passes away in a rapid stream of unmeaning words,

or short sentences,
as,

ehh. Will someone please rope that thing and get it out my crops :-0 LOL
420 Magazine®
Creating Cannabis Awareness Since 1993

Smoke of the ages - who first smoked Cannabis?

The real history of the Bong!

The real history of the bong

Producing Cannabis in Africa South of the Sahara