Aloha to all.
This is SunWorshiper back for season 3!
Starting off this year indoors getting an early start for outdoor season, well greenhouse season.

Season 3 is very exciting for me as last year I pollinated some buds and a couple days ago I began germination. Its been maybe 15 years since I've grown my own seeds so anticipation is very high rt now.

I am putting my duck project on hold for now and will be focusing on a different project. This new project will focus on a purple plant named after a local kid who is no longer with us.

From what I'm told Colton was a great guy who got busted with a relatively small amount of cannabis. Yet he was treated like a cartel king pin by the local police. He had given up the names of local marijuana
and cocaine dealers but nobody big time. The police wanted their accolades for taking down a huge bust so they kept pressuring him for information. Telling him if he didn't produce more useful information that "they would put him so far away that nobody would ever find him".

He had suicidal tendencies and his parents warned to police about the issue as they feared for his safety. Yet police kept aggressively pushing him for information he didn't have and he wasn't going to throw his friends under the bus. The day before 2 men broke into his house, he pulled his pistol to protect himself but it misfired and he got badly beaten.

Under all this stress the police continued to intensely threaten him. Giving him a deadline to come up with what they needed or to get locked away in prison forever. The next day an hour before the deadline, Colton shot himself. The deadline became just that, death. The police were warned about his mental state but they wanted more than a petty drug bust so they disregarded his safety and basically made life or death threats to a kid on the edge all so they could get a big bust that didn't exist.

Reminds me of when I was caught with 1 gram of weed as a teenager with a bunch of friends. The police took me as the owner of the contraband and let all my other friends go. Except 1 friend who had priors. They "owned" him as they put it. They then took us into a small room with no cameras and took the huge telephone book to our faces and slammed our skulls against the wall. All while asking for drug dealer names and making similar threats about being locked away for life and being raped daily. All over 1 gram of cannabis! I got off easy compared to my friend. Even though it was mine they beat him much worse than me. Probably because they owned him :/ in the end one cop wispered to make up a fake name or the beating would continue. Too bad Colton wasn't so lucky.

So knowing how cops can get carried away turning a molehill into a mountain and getting violent and make life and death threats, daily rape threats... I can relate to Colton and his situation a little. I find it unacceptable they pushed a young adult so hard for information while knowing he was suicidal without having a way to secure his safety.

Colton should be here today but hes not because yes he was unstable but he was also loyal, not to mention the police only cared for a promotion and not Colton's life. The decision between prison and friends was too much for him to decide, so he took his own life.

So I'm starting work this year on a new strain named in honor of Colton. Calling it- Sacrifice of Colton, aka SOC, aka Colton's Sacrifice. It will be an evolving strain for a while geared to be purple and powerful and flavorful as possible. Starting off as Frisian Duck x Querkle. I've popped a few seeds in starter cubes and will be holding onto the seed stash until the laws change where I can pheno hunt 100 at a time. That is rumored to happen this year so maybe next year I can pheno hunt. This year will just be a sneak peak at its potential.

I'm also starting Durban poison and green crack. Along with another cross I made last year which is querkle x critical Bilbo. I may cross that q x cb into Colton's Sacrifice too as CB really won me over last year. If I can find some real GDP I may toy with adding that too down the road as cb turns purple with cold and I'm looking to make a strain that grows purple. Time will tell but for now its FD x Q. The FD grows purple starting at flip and that's what I'm after. Then again my main focus is flavor above all so could end up a green strain years from now. Either way its the journey that matters more than the destination.

Along this journey I'm trying to bring attention to the Sacrifice of Colton and the also the abuse some of us face under law enforcements witch hunts. Praying things change for the better sooner rather than later. 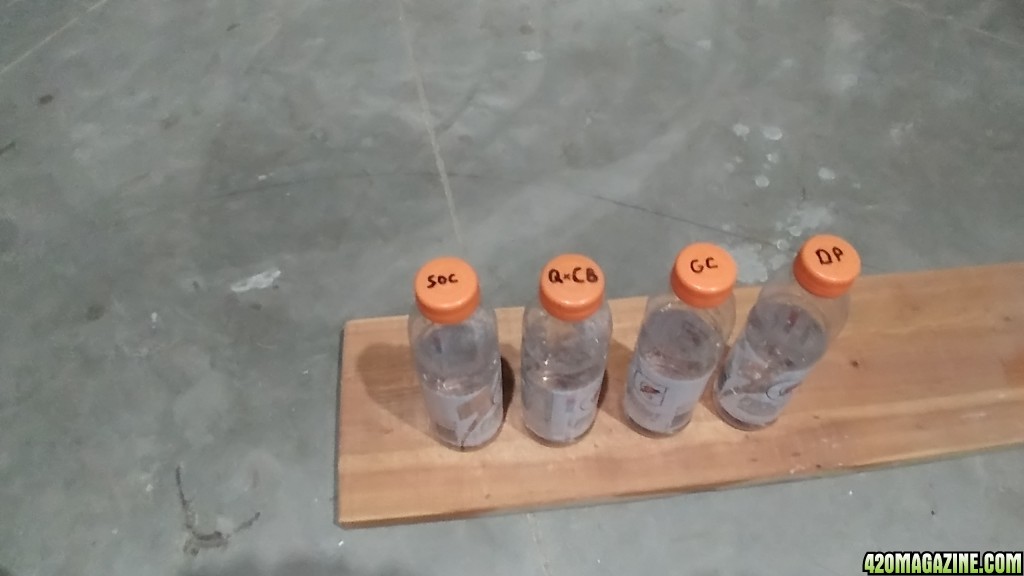 I'm in, there are still too many Colton's out there.
Mushrooms and Cacti
HELPFULL LINKS
PLANT ABUSE CHART
How to reverse sex with Silver Thiosulfate
Bandaid Haze and other goodies
Pennywise Strikes Again (Current)
Bonzai Moms
ATREUM LIGHTING

Pennywise said:
I'm in, there are still too many Colton's out there.
Click to expand...

Sorry for delay I had some problems germinating what I needed and dealing with it made me realize I'm going to idle this grow until fall. If I flower these soon ill have to pull tarps twice a day on time for 2.5 months. Then again in the fall. Well once a day on time in fall and once between sundown and Sunil. So I'm going to try my hand at autoflower for the spring vest to sidestep pulling the tarp at all until fall vest.
Last year I tried a late fall vest but temps were too low and humidity was too high. Along with power too scare.(offgrid) SO this year I'm going to try for another late fall vest but bring it from greenhouse into the house. Just 1 led light and 1 plant. Photo plant so lights only run for 12. Temp and humidity is good inside the house and I added more solar panels last year so 100w is doable that time of year. Ill post some pics of the plants in veg soon. They stretched too much probably because I left lid on dome too long and so they had weak lighting. Looking better now

They will get too big in a month or so to stay legal so ill have to cut and clone them then. Ill post pics of that too. Bacially I just cut the roots off and make 1 giant clone vs multiple tiny clones. Funny trying to stunt your plants on purpose for once lol. But gotta keep the man happy.
I will start a new journal for my autos late march so keep an eye out for that. Trying some flash genetics and hoping to harvest by late June before our temps get too high for terps. Then veg the photos in the hottest part of the year and flower them as it starts to think about cooling off. Hopefully we have a good growing season this year but I won't count on it as our sun has been crap few years. Oh well just another problem to solve. Stay elevated my friends!
Last edited: Feb 24, 2018
SunWorshiper offgrid greenhouse season 2
https://www.420magazine.com/forums/...e-season-2-hibrix-marshydro-spl-blackout.html

Ok f-that! I'm going to finish this grow before I run the autos. Ill just run the autos a little later in the summer and might have to cover the greenhouse 24/7 to keeps the temps down the last few weeks. I should have enough time in September to play with so should be good.

My apologies for being wish washy but growing off grid and indoor/greenhouse makes it super difficult to devise a good schedule for the year. I think this is the best long term plan for me. Next year ill do something similar, plant a little earlier or possibly try to veg all winter. Basically 1 light indoor photo plant grow for late winter, autos greenhouse spring time, photo plants greenhouse fall and lastly 1 light indoor photo grow for early winter. Very tricky trying to be off grid. I envy people who have a flower room all year long :/ then again the sun makes up for it. Will post pics this week thanks for your patience 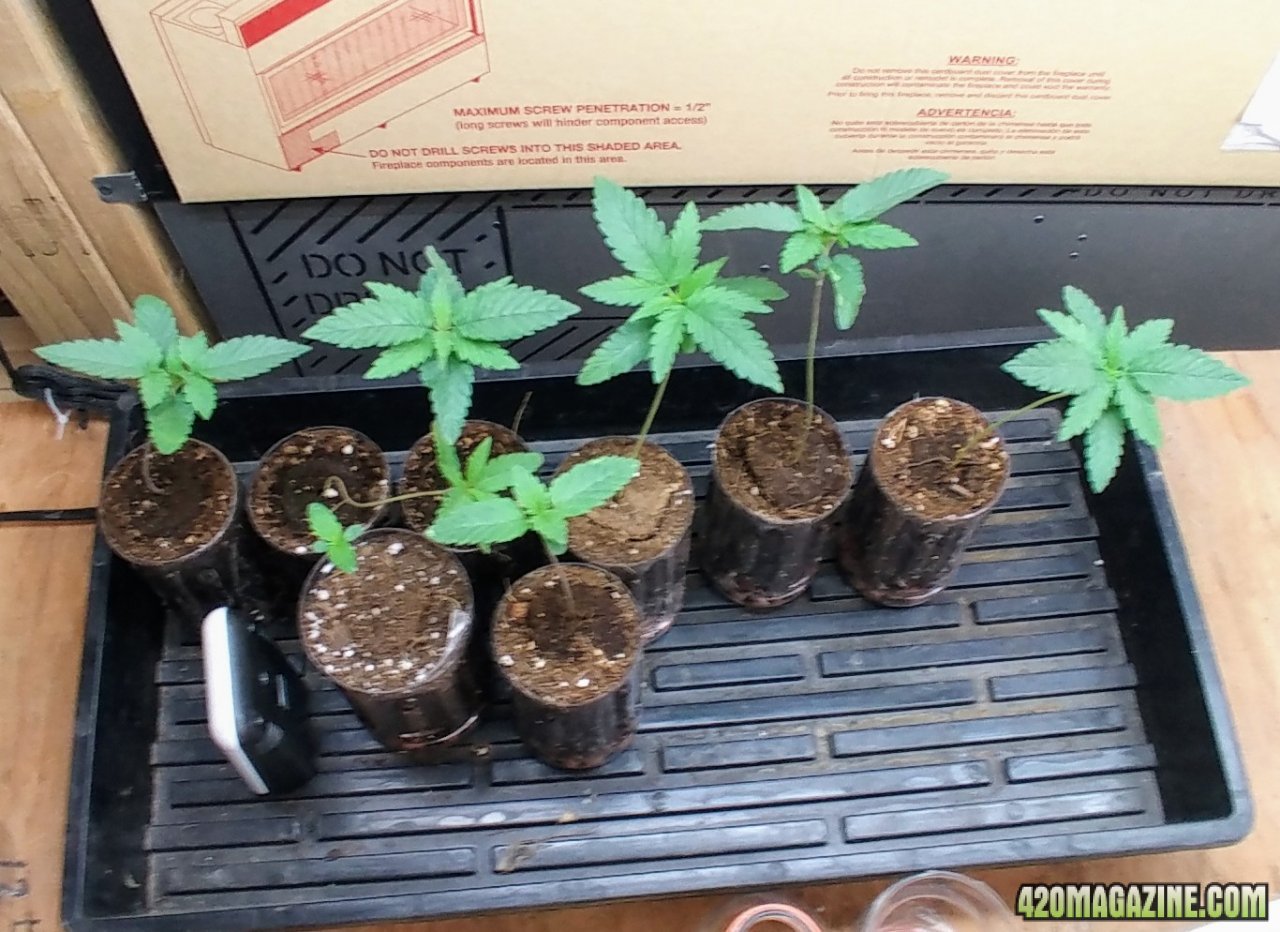 Ok got the seeds going. Had them under a clone dome for a week and a 2ft t5 single bulb and they streched too much. So found the electricity to run the 4ft t5 and it helped the stretch stop. Been fighting that but most pulled through fine.
SunWorshiper offgrid greenhouse season 2
https://www.420magazine.com/forums/...e-season-2-hibrix-marshydro-spl-blackout.html

Transplanted and stretch has stopped. Nice setting for a cold one. 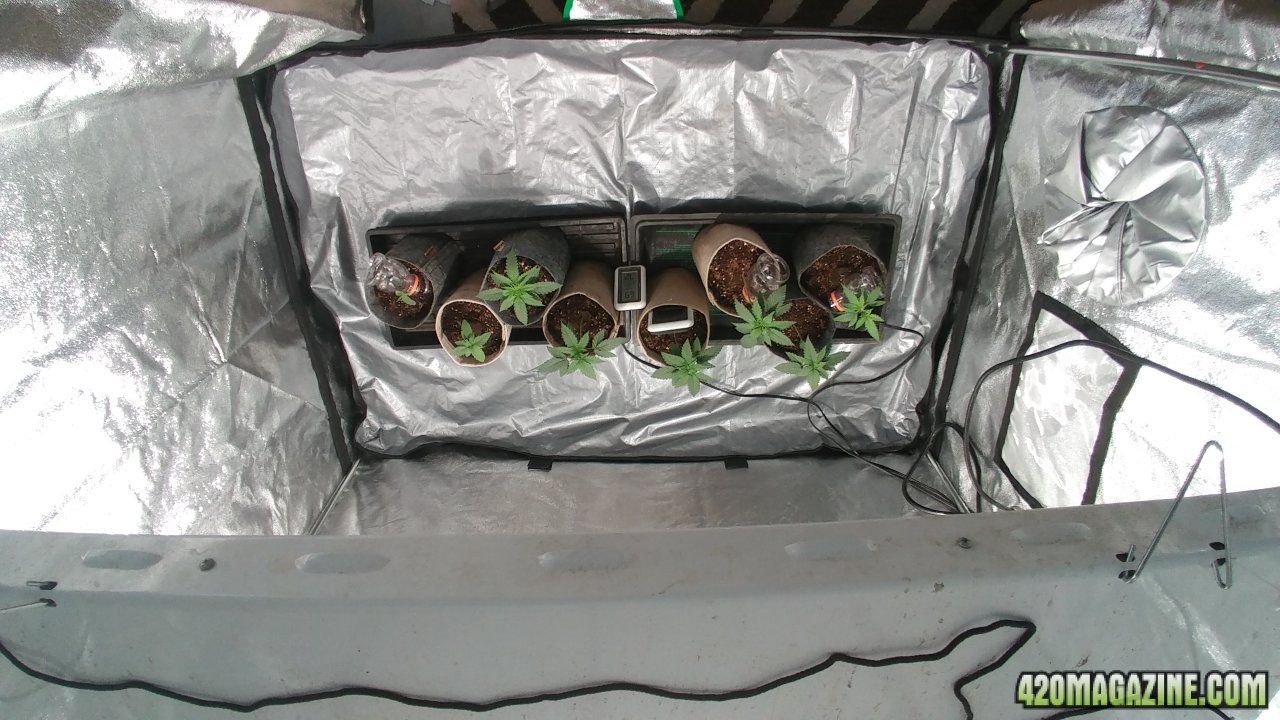 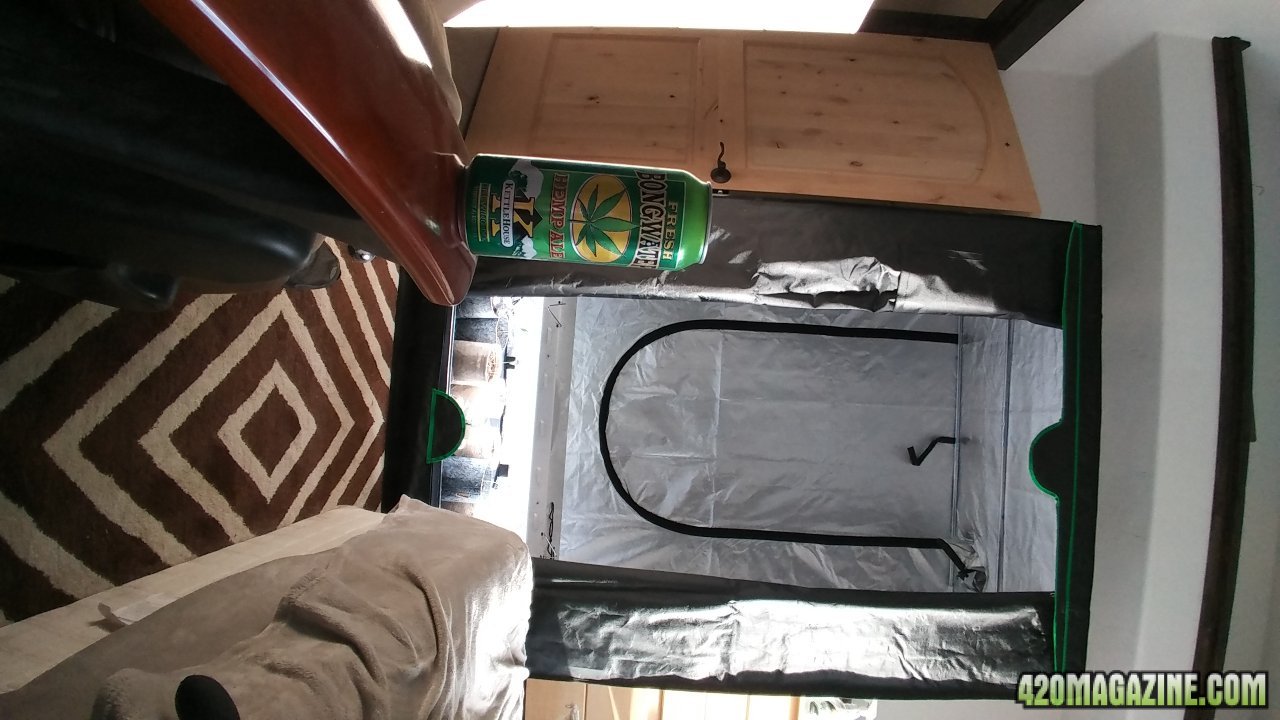