CT: St. Francis To Test Marijuana As Alternative To Opioids

With hopes of eventually helping to curb the opioid epidemic, doctors at St. Francis Hospital and Medical Center will soon begin testing whether marijuana is a viable alternative to opioids for pain control in patients with rib fractures.

The study will be the first state-approved research on medical marijuana, part of a law passed this spring that grants immunity under Connecticut law to those participating in approved studies.

The study will be small, with 30 patients offered marijuana and 30 using standard opioid therapies. The state approval does not come with funding, so the doctors are bankrolling the $30,000 to $50,000 cost themselves through their own donations to a medical research fund.

But they have high hopes for the work's potential.

"Hopefully we will start the beginning of the end of the opiate addiction epidemic," said Dr. James Feeney, a surgeon and director of trauma services at St. Francis.

The study had origins in the state's research program, when Feeney saw a press release announcing the state would begin allowing research into medical marijuana. His first thought: "Wow, we could really use this to reduce opiate use."

As a trauma surgeon treating patients who are badly injured, Feeney said opioids have become "a huge concern." For the past 10 to 15 years, there has been an increased focus on adequately treating patients' pain. More recently, he added, there has been a greater emphasis on patient satisfaction in rating hospitals and physicians, and how well patients' pain is controlled is a major factor. That can make doctors hesitant to stop a patient from getting opioids, he said.

"You really don't have a ton of options. You have opiates," he said. "People say there are alternatives. Yeah, there are. They're not good. They don't work. So we're kind of over a barrel."

"Having a different alternative that is not addictive, that doesn't interact with medications, that is nigh impossible to overdose on and has a very mild side-effect profile would be a fix," he added.

So Feeney took the idea about medical marijuana research to his partner, Dr. David S. Shapiro. His response was less than encouraging.

"They said, 'I can't believe we're not doing this already,'" Feeney said. "Anybody that takes even a cursory look at the medical literature understands that this could be used to replace opiate pain medication."

During a press conference Friday, hospital President Dr. John F. Rodis characterized the study as a natural part of the hospital's longstanding research mission. "It's just the right thing to do," he said.

Asked whether the hospital had concerns about potential risks given federal restrictions on marijuana, Rodis gave a one-word answer: "No."

The St. Francis study will involve patients with rib fractures and no other major injuries, who would ordinarily require six to eight weeks of opiate pain medication. Feeney expects it will take six months to enroll patients, who will be given a choice between receiving marijuana — as pills or an oral spray — or opiates, and two more months to collect data. Patients who are habitual users of either drug will be excluded.

If all goes well, Feeney and his colleagues hope to then conduct a randomized controlled trial with approximately 616 patients. That study would require a second approval from the state and the institutional review board.

The concept of having the state approve research into medical marijuana was added to state law this spring as part of a larger measure that also included expanding access to the medical marijuana program to minors with certain medical conditions. Proponents including the Department of Consumer Protection noted that some physicians are still uncomfortable with the concept of medical marijuana and often cite the lack of rigorous research on it.

The law now allows the state's consumer protection commissioner to approve research that is overseen or administered by a hospital or health care facility, higher education institution, or a licensed medical marijuana producer or dispensary.

So far, the state has received three applications, including the one from St. Francis.

The U.S. Drug Enforcement Administration classifies marijuana as a schedule I drug, deeming it to have no accepted medical use and a high potential for abuse.

But the DEA announced in August that it would expand the number of entities that can legally grow and distribute marijuana for FDA-authorized research, citing increased interest in expanding the research and demand for a variety of strains of marijuana and its chemical extracts. Until that point, only the University of Mississippi had been allowed to produce marijuana for researchers, and demand had historically been limited, according to the agency.

The policy statement announcing the change noted that some studies suggest that cannabidiol, a chemical found in marijuana, could have uses in treating seizures and other neurological disorders. "A growing number of researchers have expressed interest in conducting research with extracts of marijuana that have a particular percentage of [cannabidiol] and other cannabinoids," the statement said. "DEA fully supports research in this area."

Connecticut Consumer Protection Commissioner Jonathan Harris said the federal government has taken a hands-off approach toward the state's program. "We've been allowed to function freely," he said, adding that research into marijuana can only help by providing additional data.

Asked what a new presidential administration could mean for the federal government's approach toward state marijuana policies, Harris noted that Connecticut is one of many states with a medical marijuana program.

"With 25 states and bipartisan support, I'd find it hard to believe they'd pick a fight over this," Harris said. But he added that with a new administration coming, "Everything's an open book now." 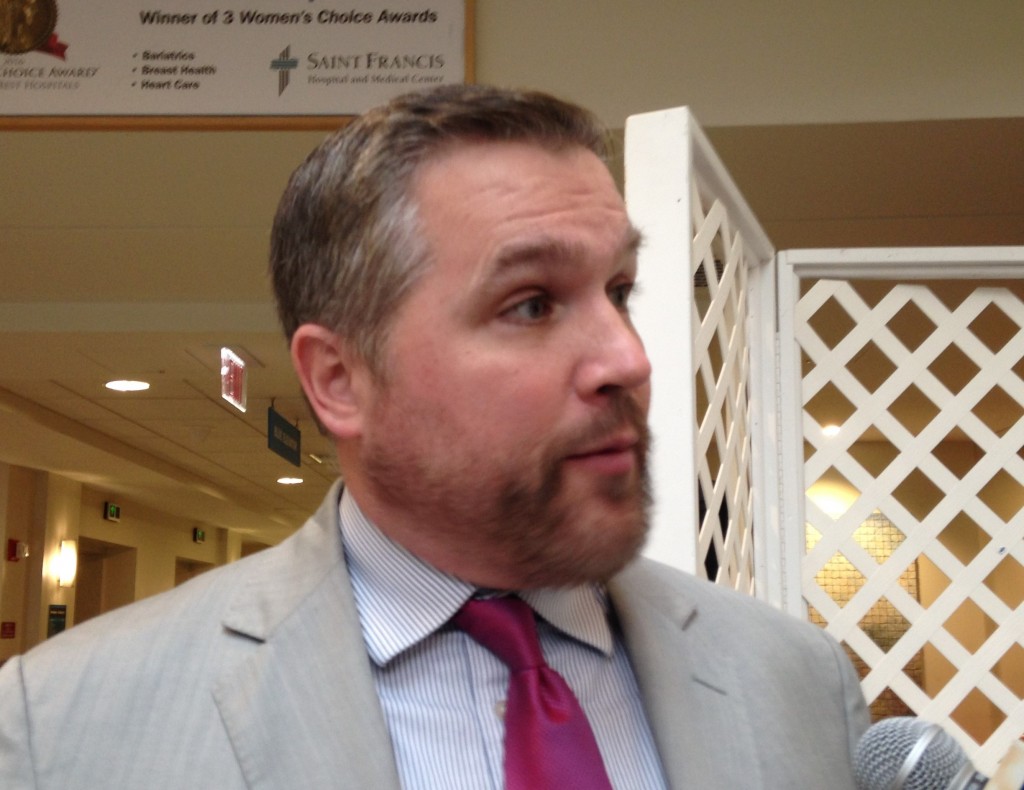