Patients diagnosed with migraine headaches saw a significant drop in their frequency when treated with medical marijuana, according to a new study from researchers at the Skaggs School of Pharmacy and Pharmaceutical Sciences at the University of Colorado Anschutz Medical Campus.

The study, published this week in the journal Pharmacotherapy, examined patients diagnosed with migraines and treated with medical marijuana between Jan. 2010 and Sept. 2014. It found the frequency of migraines dropped from 10.4 to 4.6 headaches per month, a number considered statistically and clinically significant.

Of the 121 patients studied, 103 reported a decrease in monthly migraines while 15 reported the same number and three saw an increase in migraines.

"There was a substantial improvement for patients in their ability to function and feel better," said the study's senior author Professor Laura Borgelt, PharmD, FCCP, BCPS. "Like any drug, marijuana has potential benefits and potential risks. It's important for people to be aware that using medical marijuana can also have adverse effects."

The study looked at the charts of patients treated at Gedde Whole Health, a private medical practice in Colorado that specializes in recommending marijuana for a variety of conditions. About a two-thirds of the patients studied had a history of or were currently using cannabis at the time of their initial visit.

The researchers found various forms of cannabis utilized. Inhaled marijuana appeared to be the favorite for treating acute migraines while edible cannabis, which takes longer to impact the body, helped prevent headaches.

But exactly how cannabis relieves migraines is still not fully understood.

Borgelt said cannabinoid receptors can be found throughout the body, including the brain, connective tissues and immune system. And they appear to have anti-inflammatory and pain-relieving properties. These cannabinoids also seem to affect critical neurotransmitters like serotonin and dopamine.

"We believe serotonin plays a role in migraine headaches, but we are still working to discover the exact role of cannabinoids in this condition," Borgelt said.

The study is one of the first to reveal a drop in migraine frequency due to medical marijuana.

Borgelt said the results were `quite remarkable' but stressed the need for more controlled studies in the future.

The ideal study, she said, would be a randomized, placebo-controlled clinical trial with a marijuana washout period prior to start. It would also require providing subjects with standardized quantities and potencies of medical marijuana while tracking the occurrence of migraines just like prescription drug studies. But given federal anti-drug laws, that kind of study would likely require legislative changes before it could be done, Borgelt said.

"If patients are considering medical marijuana they should speak to their health care provider and then follow up so we can track the impact of their overall treatment," Borgelt said. "Open communication is necessary because we need to know how all of these treatments work together."

About the Skaggs School of Pharmacy and Pharmaceutical Sciences

At the Skaggs School of Pharmacy and Pharmaceutical Sciences at the University of Colorado Anschutz Medical Campus, our faculty members are preparing the world's future pharmacists and pharmaceutical scientists through innovative learning and teaching. Our researchers are leading medical discoveries that advance science and improve health care. We're enhancing culture and community through programs that reach urban and rural Coloradans. And our collaborations in research, patient care and community service are helping to ensure the health and wellness of Colorado and beyond. Nationally recognized for its leadership in pharmacy education and its strong commitment to developing and sustaining a diverse faculty, staff and student body, the Skaggs School of Pharmacy has achieved many milestones in its 100-plus year history including being ranked in the top 20 percent of all schools of pharmacy in the country, and fourth in the nation for total NIH funding. 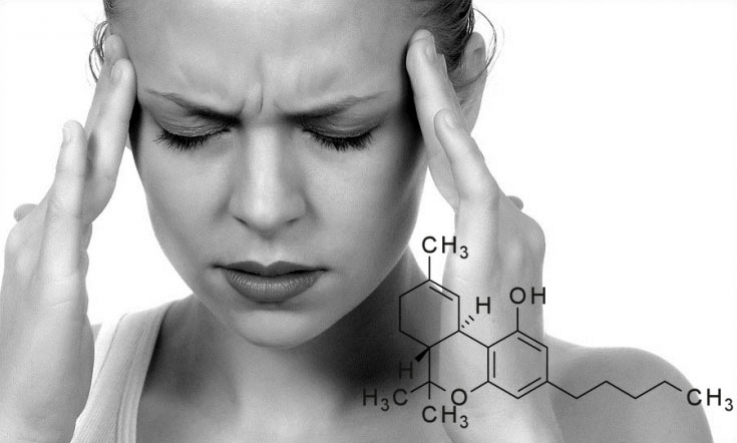 "Like any drug, marijuana has potential benefits and potential risks. It's important for people to be aware that using medical marijuana can also have adverse effects."
Click to expand...

Risks? Adverse effects? Which are what exactly? Feeling better about the world around you? And that's a bad thing because of what...? I've been using Cannabis for over 30 years and have never experienced a bad effect, not one, so I still don't understand what "Risks" and "Adverse effects" people like this are referring to? Does anyone? Maybe a healthy appetite? Or a good night's rest? IDK? Expanded awareness?...??? Hmmm? Let me think real hard about that one...Oh yea, INCARCERATION! There's a "Risk" for ya', Maybe even gang rape in cell block C could be considered a "Risk" or an "Adverse effect" but other than that, I'm at a loss here?

Also, the benefits aren't just "potential" anymore, they're proven fact. Cannabis works and that fact and shouldn't be down played by using words like "Potential" anymore because the results are clear, just ask any parent of a child who's seizures have gone from hundreds a day to almost none or just one once every few weeks, or just ask a cancer patient who's tumors have shrunk down to the point of remission and how their nausea from chemo went away and their appetite returned to them...Ask the millions of people who no longer suffer from life threatening diseases just how much "Potential" Cannabis had, I'll be willing to bet that "Potential" wouldn't be the word they would use to describe it.


Still, it's Cool that they've found yet another ailment that Cannabis treatment helps. I'm really beginning to believe that one day in the future, there will be very few of the man made medications we have today even available anymore because Cannabis will have replaced most of them. No wonder big pharma isn't such a big fan.
420 Magazine Advocate/Activist
Creating Cannabis Awareness Since 1993
420 MAGAZINE

GET INVOLVED! STAY INVOLVED!
Please Join Us In The Fight To End Cannabis Prohibition Once And For All, We Need All Hands On Deck!
Help Make A Difference And Join Us At;
420 magazine-activist central
Also Check Out;
420 activist corner
420 politics
legal discussions
International Cannabis News
Medical Marijuana News
Industrial Hemp News​
You must log in or register to reply here.
Share:
Facebook Twitter Reddit Pinterest Tumblr WhatsApp Email Link
Top Bottom