I was looking to take some cuttings soon from a couple of my plants, dip the bottom into some Clonex and then place them into small Rockwool cubes.

How old / tall do they have to be and how long do I leave them in the propagator after I have taken the cutting?

They will be going straight into a All-Mix soil when ready.

And is there a way I can tell if the plant I am taking a cutting from is a male or female.

All of the 4 seeds I am growing at the minute were feminized but does that mean they will turn out to be female?

Some pics below just so you can see how big it is so far. 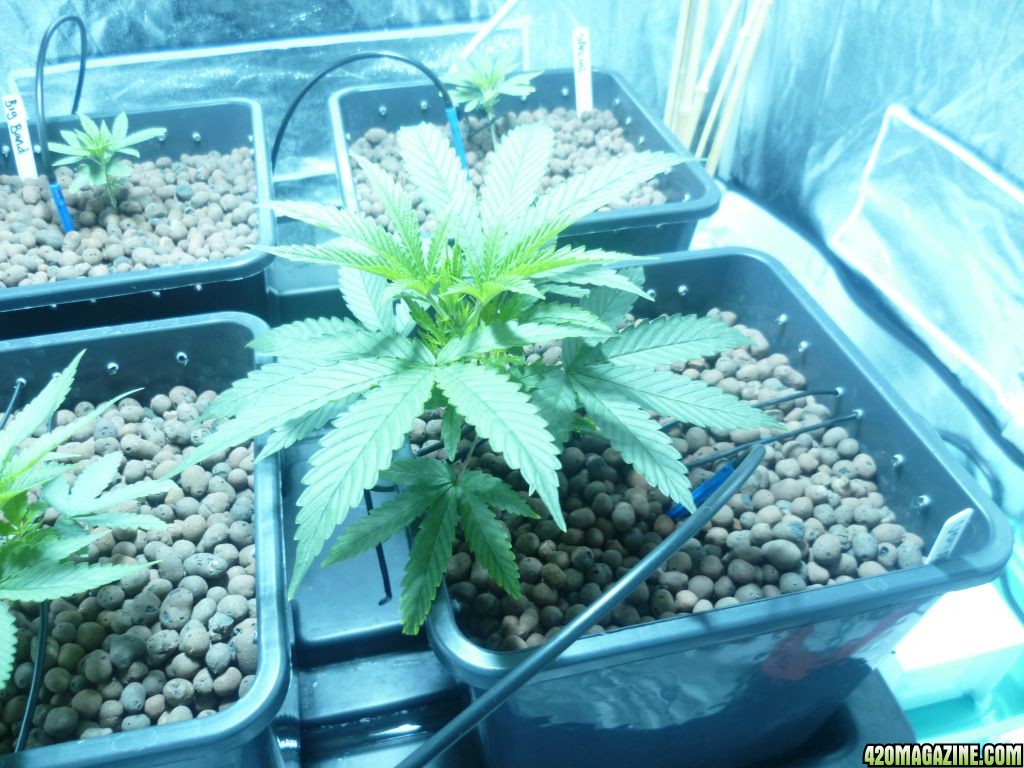 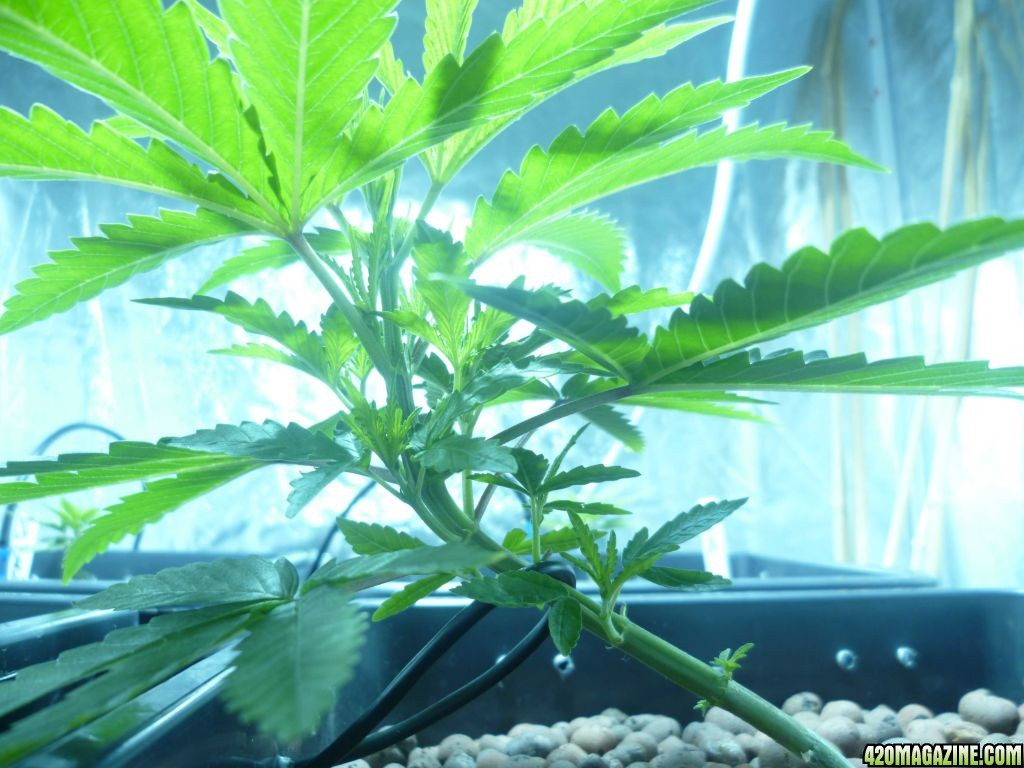 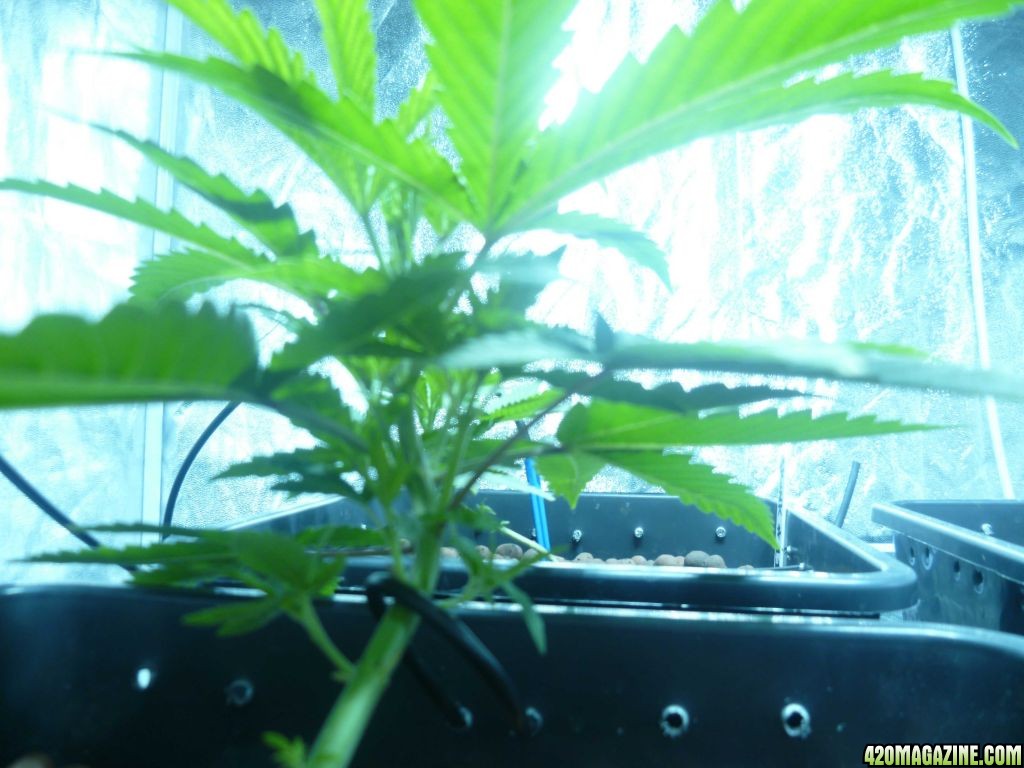 if mom's a lady the clones will ladies when they grow some nice roots stick em in ur soil but u might want to here from some other people cause i am not a pro
Were does he get those beautiful toys:Hookah:

I don't like taking clones off a plant unless it is @ least 3 or 4 month old. That way you know exactly if it is a female and you can take about 50 clones.
D

Thanks guys,
How can I see if they are female, I thought you had to wait untill flowering to see this. Thanks
1st Grow Wilma 4 pot + 5 SLH
X

digahdee said:
Thanks guys,
How can I see if they are female, I thought you had to wait untill flowering to see this. Thanks
Click to expand...


A plant vegged to maturity will often show "pre-flowers" which look a bit like fuzzy little antennas near one of the nodes, called pistils - usually 4th node or higher (if it's a female). Males preflowers look like a ball or a ball on a stick and won't have pistils (I think of them as fuzzy antennas) sticking out of them. 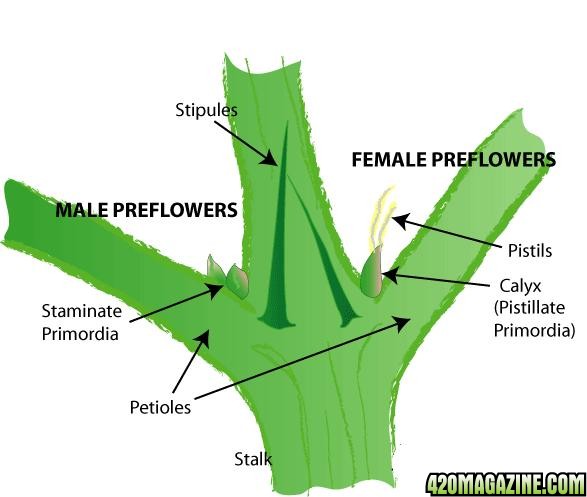 In the last link below my signature there is a ton of good information, including how to clone, and how to identify sex.

I don't clone yet, so I can't help you there as much as someone else might, but you can always take some cuttings under the assumption that you've got a female, and discard them if your plant ends up being a male or hermie. Since you have feminized seeds, it will probably be a female. But - all seeds, feminized maybe more so, have the capability of being hermaphrodite if they have been stressed at all. A hermaphrodite will have both male and female parts and is not as desirable as a straight female, thus typically discarded.

Thanks xlr8,
That bit of information should help me out alot in the near future.
I'm going to check out the link under your signature now.
Thanks again
1st Grow Wilma 4 pot + 5 SLH

Cloning for success! By: mauvefarmer

P
Cuttings on the brink! Issues and questions