The congressional effort to block marijuana legalization in the District has been widely viewed as yet another frustrating defeat for self-governance by residents of the nation's capital.

But city leaders are saying otherwise, promising to throw the issue back to Congress next month in a way that could prompt the most high-profile showdown in years over D.C. rights.

The giant federal budget bill that passed in the Senate on Saturday includes a provision, inserted by Republicans, that prohibits the city from spending tax dollars to enact the marijuana initiative.

D.C. Council Chairman Phil Mendelson (D) said Friday that he plans to ignore the provision and instead follow the usual procedure for a voter-approved referendum in a city required to submit to federal oversight: He will send a bill implementing Initiative 71 to Congress in January for a 30-day review, during which federal lawmakers can veto it or let it stand.

"I don't feel that I have any choice," Mendelson said. "The voters have spoken."

D.C. Democrats say they are ready to wager that Republicans will be unwilling to get bogged down in overturning the city's marijuana law, which 7 in 10 voters supported in last month's election. Doing so, Republican strategists acknowledge, risks exposing a divide between Republican conservatives and libertarians that could prove consequential to the 2016 presidential race.

Advocates are also hoping that Republicans, who will arrive back in Washington with a new Senate majority, will have their sights set on other matters, such as overturning President Obama's actions on immigration and health-care reform.

Some congressional Republicans have indicated that they are ready to do battle on District turf – by trying to loosen the city's strict gun-control measures and other liberal policies. However, Del. Eleanor Holmes Norton (D), the District's nonvoting member of the House, said those issues will be up for debate regardless and the District doesn't have anything to lose in provoking further confrontation over marijuana.

"Should we accept that it was already struck down, or should we make them work for it?" Holmes Norton said of the cohort of conservative House Republicans who successfully included the measure targeting the pot initiative in the $1.1 trillion spending bill.

"The question is, what should the District's posture now be . . . and it's absolutely continue the fight," she said. "Adopt your own interpretation of what the [budget] language means and put the burden on them [the Republican majority] to strike it down. Do not acquiesce."

Congress has the power to not only decide the District's share of federal funds, but also to override how it appropriates more than $4 billion in locally raised tax revenue.

Over four decades of partial autonomy but no vote in Congress, the system has led to repeated battles between Capitol Hill overseers and the city. The District's stance of protest has taken on a permanent quality, with an unofficial motto, "Taxation without representation," printed on city license plates. 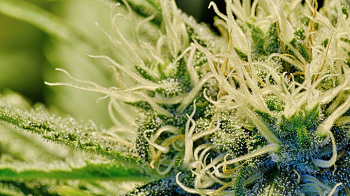 Very impressed with the local D.C. government officials putting up a fight and "making them (Republicans) work for it." I think those cannabis farmers Washington, Jefferson and Adams would be proud of them and appalled by what the Republicans in Congress have done.


Yes indeed, and it is also telling that the majority of the D.C. residents are African Americans. Most of the politicians (except the President who lives that nice big white mansion) and those working at the high levels of the government bureaucracy (DEA, FDA etc.) live in the affluent suburbs of D.C. This really reeks with gross injustice on so many levels. However, the push back by the D.C government and the citizens can make this politically embarrassing and costly for the Republicans.