Applicants for the District of Columbia's medical-marijuana program now must state in writing that they assume the risk of federal prosecution for growing or distributing the drug and that they cannot hold the city liable for arrests, according to newly revised rules.

The rules published Friday for the long-awaited program make pointed references to federal prosecution for the first time because a Justice Department memo issued in June says the federal government still considers marijuana a restricted substance. The memo also suggests that federal prosecutors may not look the other way regarding locally approved medical-marijuana programs.

The previous set of rules was published in April, before the memo was released. The memo did not change federal policy, only clarified the federal government's legal position from 2009 and put local governments on notice.

To make sure applicants know the law, the new city rules also require them to "specifically recite verbatim" subsections that release the District from liability for incidents such as theft and fire at program sites. And a section titled "Federal Prosecution" reminds applicants that Congress considers marijuana to be a Schedule I drug.

Mahlori Isaacs, spokeswoman for the D.C. Department of Health, said the decision to add the bright-line language was a "group effort" on the part of the Health Department and other city agencies involved in the rule making.

Ms. Isaacs said references to federal laws were in previous rules now they "have been brought to the forefront."

Asked whether there was a meeting or direct advisement from the U.S. Attorney's Office, she said, "Not that I know of."

Earlier this year, the agency received 170 letters of intent from more than 80 entities that wanted to apply for a cultivation site, a dispensary or both. They are competing for just 15 registrations – 10 in cultivation and five on the dispensary side.

The process has attracted applicants from several states, though a majority of them list an address within the District. They tout a variety of skills and driving forces, from horticulture to business acumen to straightforward compassion.

One applicant, Montgomery Blair Sibley, a lawyer, said he was not surprised by the clause because it is in the official application.

He is also an ardent follower of the threat of federal invention in locally sanctioned marijuana programs, noting it is "extraordinary" that the federal government can "come in and take you jail."

"I filed a federal lawsuit on this very point," said Mr. Sibley, best known as the attorney for the "D.C. Madam," the late Deborah Jeane Palfrey, in 2007.

Also, a panel assigned to review and score the forthcoming applications has been expanded from five members to six. 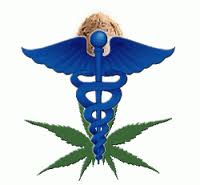