After a series of protests in the spring - most notably a mass smoke-in at 1600 Pennsylvania Avenue - DCMJ is once again hitting the streets to advocate for making it legal to take a hit.

This time, they plan to march from Dupont Circle to the White House with cannabis cuttings, or clones, in hand on September 24. "If you're growing under natural light, now is the time when your cuttings would look really pretty. People will be harvesting and carrying these fresh buds," says Adam Eidinger, the prolific activist and co-founder of DCMJ. "We call it an open carry march." Naturally, it has been billed as the March of the Clones.

The idea is to keep up the pressure in the waning months of the Obama administration, particularly in light of the Drug Enforcement Administration's decision not to reschedule marijuana. "The scheduling announcement was totally unsatisfactory," Eidinger says. Cannabis is considered a Schedule 1 substance, the same classification as heroin and ecstasy, and defined as having a "high potential for abuse" and "no currently accepted medical use" (cocaine and meth are Schedule II drugs). Nearly half of the states, plus the District of Columbia and Guam, have passed laws to allow for some form of medical marijuana use. But the DEA says more scientifically controlled trials are necessary.

"For far too long the power of the Dark Side (the DEA, the prison industrial complex, and ignorant members of Congress) has lead to the arrest and jailing of millions of Americans for non-violent drug offenses," the event invitation reads. "As President Obama's final days at the White House wind down, he needs to be reminded that he can be a Force of Good and end the failed war on drugs NOW."

The group asks protesters to bring cuttings that weigh under the two ounce limit set forth by D.C.'s Initiative 71 to demonstrate that cannabais is a "harmless plant."

Despite the flagrant use of marijuana at DCMJ's recent protests, police have largely let the protests proceed. At the mass smoke-in at the White House, for example, just two people were handed $25 citations (which another protester offered to pay on the spot) while on Pennsylvania Avenue - which is District land and thereby subject to local law. At the March of the Clones, the group plans to gather at Dupont Circle and end at Lafayette park - both federal parkland. 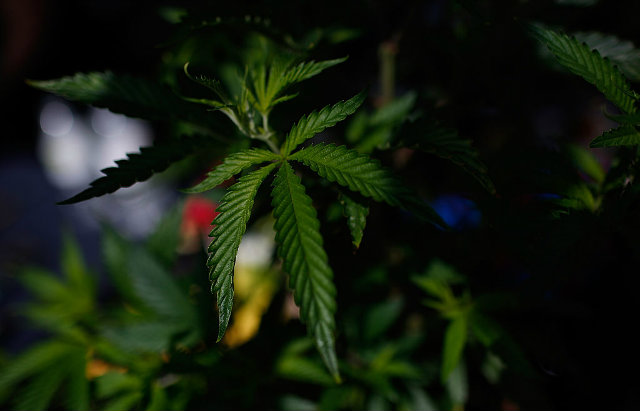