According to Duncan, the DEA struck LA Wonderland on West Pico Boulevard, DTPG on South Hill St. near downtown, and the Iron Works in Venice.

The federal government has unleashed the DEA on dispensaries under both the Bush and the Obama administrations, although there was a respite between 2009 and late 2011, when the Justice Department had a policy of generally leaving them alone. But that policy shifted again in 2011, and both the DEA and federal prosecutors have been busy going after dispensaries since then. One Southern California dispensary operator, Aaron Sandusky, was sentenced to 10 years in federal prison just this Monday.

The policy has not been limited to California. While hundreds of California dispensaries have been forced out of business by raids, asset forfeiture threats and/or prosecutions, so have dozens of dispensaries in Colorado, and a series of statewide raids in Montana in the spring of 2011 virtually wiped out that state's dispensary scene.

The LA DEA raids come as the city grapples over what to do about dispensaries. An effort by the city council to shut them all down was blocked by popular opposition. Now, the council, and perhaps city voters, will have to consider two different municipal initiatives, one of which would limit the number of dispensaries in the city to about 100, the other of which would allow most existing dispensaries to stay open. 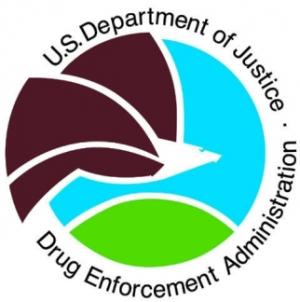