Salem - Buried in the news Thursday that the U.S. Drug Enforcement Administration decided not to move medical marijuana to a lower point on the Controlled Substances Act was a statement that has left hemp farmers and regulators scratching their heads.

After months of speculation that it would move marijuana out of its current status as a dangerous drug with a high potential for abuse, the DEA opted for only slight changes that would increase access to the federally illegal plant for researchers.

The agency also included what it called a statement of principles on hemp, another cannabis plant that's legal in Oregon but remains illegal federally. The eight-page document intends to lay out the agency's position on the plant, but it has people associated with the burgeoning hemp industry searching for answers.

The statement reiterated that the agency and the U.S. Department of Agriculture still consider hemp and most products that derive from hemp to be illegal despite at least 28 states across the country passing laws to legalize the plant.

That's cause for concern for a number of Oregon's 77 licensed growers who are producing hemp on as many as 1,219 acres.

A small group of farmers, many with ties to Oregon's medical marijuana industry, applied for and received licenses to grow hemp last year. The famers faced pushback from the Oregon Department of Agriculture, which said state law restricted methods they could use to grow the crop.

The agency was also surprised when nearly all licensed farmers said they were interested in growing the plant for a substance that some people believe has curative qualities strong enough to treat seizures and symptoms from or even cure cancer.

The DEA statement appears to put in question whether it believes farmers can sell that substance, cannabidiol or CBD.

"The term 'industrial hemp' includes the plant ... and any part or derivative of such plant, including seeds of such plant, whether growing or not, that is used exclusively for industrial purposes (fiber and seed)," the agency wrote.

The agency also wrote that it believes hemp can't be transported across state lines, which cannabis attorney and hemp expert Courtney Moran disputes. Moran, of Portland, said a recent spending bill in Congress stripped the DEA and U.S. Department of Justice of the ability to spend money to stop the transportation of hemp across state lines, a provision that effectively opened up interstate commerce.

"All their funding's been taken away by the Appropriations Bill provision," she said. "I've reached out to the Oregon delegation and (U.S. Rep. Earl) Blumenauer's office is reaching out to DEA to seek clarification on these provisions."

Officials at the Oregon Department of Agriculture said they were reviewing the statement and couldn't comment.

Duane Sinning, who oversees Colorado's hemp program, said attorneys for that agency hadn't yet looked over the eight-page document from the DEA. His phone was ringing all day with questions from farmers wondering whether the statement affected them, he said.

"I think there's a lot of states that just aren't going to react," Sinning said. "The shadow that hangs over us all ... we're trying to make the best decisions we can and we all realize a bad decision, and it's the poor farmer that's caught in the crossfire."

Michael Hughes, a hemp farmer and attorney in Bend, said the statement was concerning at a time when Oregon is working on updating its hemp rules and after rapid growth in the industry here.

Oregon's federal lawmakers have been working with some Republicans on opening up pathways to ease restrictions on growing hemp. They spoke out against the DEA's statement.

"I'm disappointed the DEA put the issue of industrial hemp in the 'to be continued' category," U.S. Sen. Ron Wyden, D-Ore., told The Bulletin in a statement. "I'm going to keep working to build support for my Industrial Hemp Farming Act to lift the federal ban on growing hemp in America and give farmers in Oregon and across the country new opportunities for economic growth."

"This policy announced by the DEA is deeply troubling for hemp farmers and producers in Oregon, and in the 28 other states across the country that have removed barriers to industrial hemp production," Blumenauer said. "Hemp is an agricultural commodity, not a drug. This announcement is misguided, confused and further evidence that the DEA just doesn't get it." 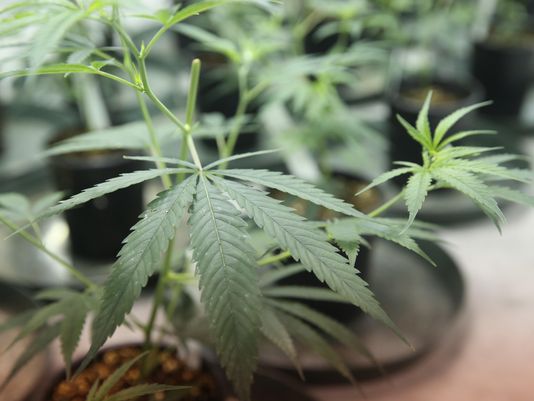 I don't see how pot is on the same schedule as heroin. Colorado is a fine example of a state that has it legalized and there isn't really huge problems coming out of it.
For all your Cannabis Seed needs, visit the Bonza Seedbank

Hemp vs. the DEA