On Monday, August 15, 2011, the DEA issued its final order rejecting DEA Administrative Law Judge Mary Ellen Bittner's recommendation that it would be in the public interest to grant University of Massachusetts, Amherst Prof. Lyle Craker a license to grow marijuana for federally regulated research. The rejection preserves the monopoly held by National Institute on Drug Abuse (NIDA) on the supply of marijuana for Food and Drug Administration (FDA)-regulated research.

Prof. Craker first applied for the license in June 2001, over ten years ago. The Multidisciplinary Association for Psychedelic Studies (MAPS), a non-profit pharmaceutical company working to develop whole-plant marijuana into a prescription medicine, would provide the financial support for the proposed facility and FDA-regulated research. MAPS and Prof. Craker's efforts are an attempt to bridge the gap between the 16 states that have legalized medical marijuana through political initiatives and federal policymakers who maintain that there is not enough FDA-regulated research to justify legal access.

According to the DEA's interpretation of the Single Convention, there can be only one legal provider of marijuana for research in the United States, and this role is presently filled by NIDA. ALJ Bittner's 2007 recommendation, however, concluded that the DEA's interpretation was flawed. Four other co-signors to the Single Convention–England, Canada, Israel, and the Netherlands–permit the private production of marijuana for research.

The DEA's refusal to break NIDA's monopoly on the supply of marijuana for research has direct implications for non-government-funded research. On April 28, 2011, the FDA cleared MAPS' proposed study of marijuana for U.S. veterans with chronic, treatment-resistant posttraumatic stress disorder (PTSD). That same day, MAPS submitted the protocol for review by the Public Health Service (PHS) and NIDA, a procedure required for marijuana research because of the NIDA monopoly (but not for studies of any other controlled substance). Almost four months later, NIDA is still silent about whether it will agree to sell MAPS marijuana for the study. Without it, the study cannot go forward.

The DEA's protection of NIDA's monopoly has blocked privately funded medical marijuana research for four decades. Until the Obama administration instructs the DEA to change its tune, state-level medical marijuana reform efforts are the only way for patients to get safe and legal access to the medicine their physicians recommend. 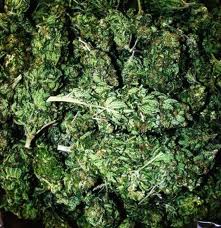 Medical Marijuana One Step Away From FDA Development Process