Did you know that Virginia had the nation's first marijuana law? That's right, back in 1623, planters were required to grow it because it was needed for ropes and sails.

Thomas Jefferson and George Washington were among those growing the non-psychoactive strain of hemp (Reportedly, they may have enjoyed smoking the flowers more than the tobacco being grown in the state).

Now it appears the Old Dominion may be taking a baby step toward those colonial days.

The concept — it's not even a proposed measure yet — could keep thousands out of jail every year, a disproportionate number of them African-American (The same push went up in smoke two years ago).

It's like a tiny puff on a peace pipe that a majority of Americans support. A recent Gallup poll shows 60 percent of us support legal marijuana use.

And to me, it seems rather tame compared with our opioid epidemic. Not to mention the horrible toll from alcohol abuse.

You may know that Virginia's government is already the top drug dealer in the state, pulling in close to a half-billion dollars in alcohol tax revenue each year. A year ago, Virginia ABC sent out a press release celebrating its "18th consecutive record breaking year for sales."

Look at the role alcohol please highway deaths (31 percent are alcohol-related), sex crimes, spousal abuse, murders and many other crimes. You don't see that so much with marijuana.

In the past year, I went to visit family in both Seattle Washington and Denver/Colorado Springs, Colorado, where pot is essentially legal.

The industry is tightly controlled, with marijuana shops carefully checking IDs and the operations protected by security guards. You can't smoke it publicly or even in your car. Maybe it's just the people, the climate and the mountains, but both states seemed comparatively more relaxed than Virginia.

Last year Colorado saw $200 million in marijuana tax revenues and a boom in home sales and home prices thought to be influenced by legalization.

There's no question marijuana can have strong negatives, particularly when used by the young. But more and more, the plant is thought to have potential positive uses in treating symptoms of serious illnesses or easing side effects of the drugs and chemicals used to fight those diseases.

Marijuana has long been America's top cash crop — some $35 billion a year in mostly black market sales. It's already flooding our nation, and has for more than a generation.

The bottom line for me: I don't think there's any question that marijuana is going to be legal across the country, probably sooner rather than later.

Virginia may as well get on board, or at least take some baby steps in that direction. Decriminalization is a great place to start. 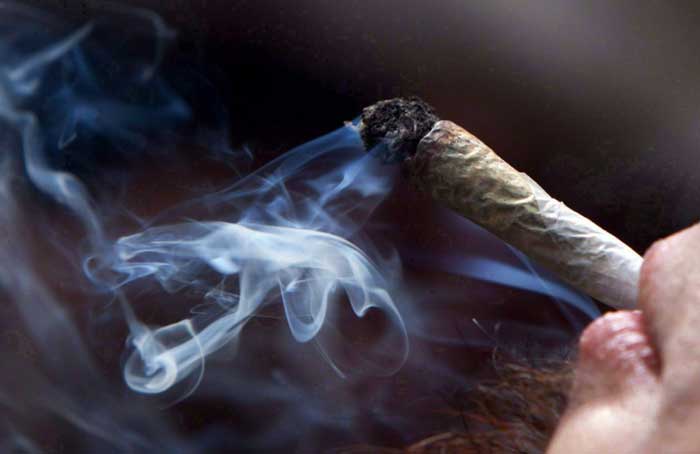