Delaware has signed a two-year contract with a company led by a lobbyist and former aide to U.S. Sen. Tom Carper to operate the state's first medical marijuana dispensary, which should begin serving patients early next year. Mark Lally, president of First State Compassion Center, which won the Department of Health and Social Services contract, also is a former state trooper. "First State is committed to creating a facility that provides safe access to high quality, affordable medicine to licensed patients in Delaware," the company said in a written statement.

The dispensary will be located at 37 Germay Drive inside an industrial park just west of Wilmington. Marijuana growing operations are set to begin this fall, the director of Delaware's Division of Public Health told lawmakers in letters this week. Lawmakers passed legislation in 2011 to legalize marijuana for medical purposes. The law, signed by Gov. Jack Markell, called for three medical marijuana dispensaries — one in each county. The center near Wilmington is opening as a pilot facility.

"The Division of Public Health and the Office of Medical Marijuana are committed to providing oversight and support to help First State Compassion Center provide patients with a safe place to acquire the medication they need to attain an improved quality of life," Dr. Karyl Rattay, director of the Division of Public Health, told Sen. Margaret Rose Henry, D-Wilmington, in one of the letters.

Rattay said First State Compassion Center "has assembled an experienced team with a high level of competency in the field of medical marijuana." One of the firm's principals, she said, was "deeply involved" with operating a medical marijuana dispensary in Rhode Island. She said the facility will be within driving distance of a large percentage of Delaware's population and is near two bus stops.

The signing of the contract comes despite a lawsuit filed against Lally in Delaware Chancery Court by former Lewes City Councilman Jud Bennett. He claims Lally breached a contract to help him win the contract to operate Delaware's dispensary. A judge is still weighing Lally's motion to dismiss. "They have won the battle, but not the war," Bennett said by email. Jill Fredel, a spokeswoman for the state Health Department, said the department was not concerned the lawsuit would affect operation of the dispensary.

"Our first concern is for the patients who will be served, and we did consider the potential effect of the lawsuit on First State Compassion Center's operations," Fredel said. "While we can't predict the outcome of litigation, we are satisfied that First State can continue to serve patients even if there is an adverse result in the case." Delaware's law allows dispensaries to cultivate no more than 150 plants and keep no more than 1,500 ounces of medical marijuana on site at any time. Access to the marijuana is limited to qualified patients and registered caregivers. 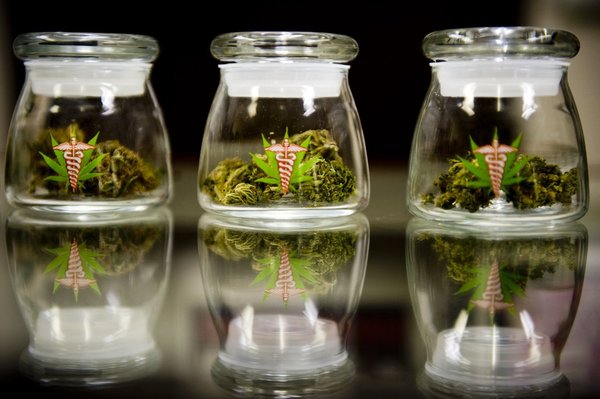