The problem at the state's first and only dispensary, said Costas during an interview Oct. 13, is the prices are too high. He also said product availability is limited and driving to Wilmington is a hassle.

Now 49, Costas was diagnosed with HIV as an 11-year-old after a blood transfusion. He said he has battled nausea, seizures and crippling pain, sometimes all at once, for most of his life.

"I've been on heavy, heavy narcotics for years," he said during a recent interview. Nothing, he said, has helped him deal with pain as well as marijuana. "I had been taking it without the state's help, which put me in a horribly compromising position," he said.

Costas' main complaint is the price. He said he gets $500 of supplemental security income each month, and it costs $400 for an ounce of the medical marijuana offered at the dispensary.

Patients are allowed to purchase up to 6 ounces of medical marijuana per month, but, said Costas, he can only afford 1 ounce because of the prices.

"I can get the same product on the street for less," he said. "They're making way too much money off this."

Paul Hyland, program administrator, said in an email Oct. 15 that the dispensary is a not-for-profit organization that sets its own pricing. He said the Health Systems Protection section of the DPH ensures First State does not exceed projected prices listed during the request for proposal process.

Mark Lally, First State Compassion Center president and a former state trooper, said Oct. 22 the dispensary's prices are based on sustainability. He said the company operated for months fitting out a building and then growing the first crop of plants before being able to sell any product. Those are all expenses, he said.

Lally said its tough for the dispensary to compete with street prices because of the overhead, but he said, the prices will come down as product supply increases. He said dealers also aren't providing the quality control and strain information the dispensary provides.

Costas said he wouldn't mind paying the prices if the marijuana strains he needs were available.

Marijuana has two ingredients believed to have a medical benefit, delta-9-tetrahydrocannabinol (THC) and cannabidiol (CBD). THC produces a high, but it is also used to treat nausea and other symptoms. CBD does not produce a high; it can be used to help control seizures.

Costas said he needs a marijuana that contains a THC level of at least 21.8 percent. The compassion center, he said, offers only one strain with a percentage that high, called Pineapple Fields, but it is not always available. Other strains do not alleviate his problems, Costas said.

Lally said a per-purchase limit of 14 grams was instituted when the dispensary opened because the state limited the number of plants allowed to be grown to 150. He said the limit was lifted in August, which allows the dispensary to cultivate the 2,000 ounce maximum set by the law. He said beginning Monday, Oct. 26, patients will be allowed to purchase the state-allowed 3 ounces in a 14-day period.

Costas also said the drive to the dispensary's Wilmington location is a haul, and he learned the hard way to call about availability and hours before making the trip.

Hyland said the state is currently collecting data on patient purchasing trends, demographics and inventory to determine if demand supports additional dispensaries. Patients, caregivers and agents have received a total of more than 500 medical marijuana cards, he said.

"Public Health understands the inconvenience patients face in southern Delaware traveling to Wilmington to make the purchases," he wrote. "While currently two-thirds of the patient population is in New Castle County, DPH will be watching closely to see if demand increases from Kent and Sussex."

Lally said the compassion center is actively working with the state to establish a delivery service for Sussex County residents, possibly a central location for the entire county.

Costas said he takes issue with descriptions of marijuana strains. He provided a copy of a menu with 12 strains, which has phrases like earthy sweetness, intense tropical flavors, refreshing lemony and fuel-like aroma.

What's not on the menu, Costas points out, are the THC and CBD levels.

"That's the information I need to know," he said.

Zoe Patchell, Cannabis Bureau of Delaware co-chair, said she has heard similar complaints. Because this is the first program in the state, some complaints are to be expected, she said.

"The few complaints I've heard are about price and quality," she said.

She said her organization will be pushing for home cultivation of medical marijuana during the next legislative session, which begins in early January. Home cultivation was in the first draft of the 2011 law, but was removed to ensure the legislation would pass.

A plan like this has been rolled out in a number of states, said Patchell. "Delaware is struggling to catch up," she said.

Hyland said the program is a work in progress. First State Compassion Center is expanding product lines, strains and ingestion options to give patients the most flexibility, he said.

Lally said the center's biggest concern is patients and adapting to their needs. This is a startup, and the center wants to ensure the needs of all patients are being met, he said.

"If something isn't working, it can be changed," he said. 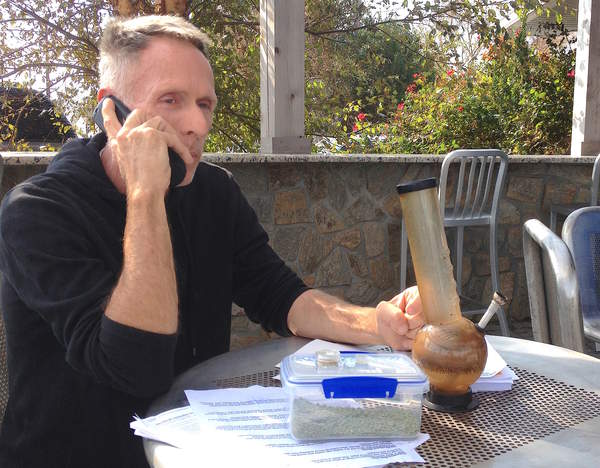