On Dec. 2, the Delaware Department of Health and Social Services began to accept proposals for nonprofit companies to operate a medical marijuana dispensary in several counties in the state, Delaware Public Media reported. The deadline is March 30 so that two centers can open by fall 2016, the Cape Gazette reported.

The revitalized program has aims to expand accessibility to medical marijuana throughout the state since its legalization in 2011 and decriminalization in June. Gov. Jack Markell had put it on hold because of pressure with the federal law that kept it illegal, according to Delaware Public Media.

It took about four years for the first pilot dispensary to open. Called the First State Compassion Center, residents lined up around the parking lot on its opening day in June, according to Delaware Online. However, there is a legal limit of 2,000 ounces kept in dispensary's inventory, the Cape Gazette reported.

Around that same time, state officials signed House Bill 39 decriminalizing the private use and possession of up to an ounce of marijuana for those 21 and over, USA Today reported. Those who are caught will pay a $100 fine once it is in effect Dec. 18.

But some law enforcement officials believe this law would make it more difficult to search for more serious drug traffickers, according to USA Today.

Markell also signed a bill known as Rylie's Law, legalizing medical marijuana in the form of oils for children sick with cancer or epilepsy with the permission of a physician, WPVI reported.

Over 700 registry cards have been given out to residents across the state, according to the Cape Gazette. The first earned their card in September 2012, a year after legalization, Delaware Online reported.

The Delaware Medical Marijuana Oversight Committee held its first board meeting in October, where many residents came forward with complaints of pricing and consistency, according to Delaware Online.

"This is new and this is complicated," committee member Karly Rattay said at the meeting, according to Delaware Online. 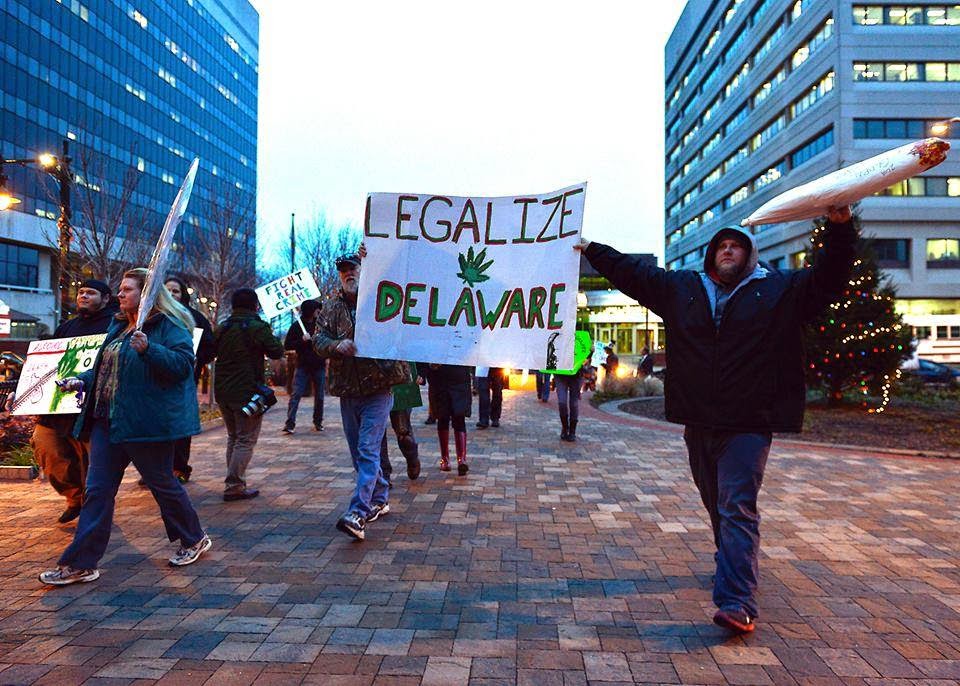