Authorities in Tampa are investigating a single-vehicle accident involving a Chevy Silverado registered to Buccaneers receiver DeSean Jackson, which was found damaged and abandoned on Christmas Eve with bullets and marijuana inside, per a police write-up obtained by NFL.com.

Police responded to a call about a wreck on West Shore Boulevard in Tampa, where they discovered an abandoned vehicle that appeared to have left the road and struck a tree. The car, which was impounded after the driver fled the scene, contained 6.3 grams of marijuana and two .38-caliber hollow-point bullets, per the report. Possession of less than 20 grams of marijuana is considered a misdemeanor in the state of Florida, while the bullets are legal.

In a statement to NFL Network, Jackson's spokesperson said he let a friend borrow his car.

"It was a friend of DeSean's who borrowed his car while he was out of town," said Jackson's rep, Denise White. "None of what was in the car was his, obviously. He's dealing with the person that was using it without his knowledge privately. The incident is being handled."

Though the identity of Jackson's friend has yet to be released, the receiver initially failed to cooperate with authorities, according to a police source. While he did tell authorities the name of the person in question, Jackson is said to have declined to help officers in getting the driver to return to the scene.

"We are aware of a one-car accident involving a vehicle registered to DeSean Jackson on the night of Dec. 24. Our understanding is that DeSean has been in contact with authorities and is cooperating with the investigation," Licht stated, via Twitter.

While no arrests have yet been made, Jackson remains under contract in Tampa Bay, having inked a three-year, $33.5 million deal last March. 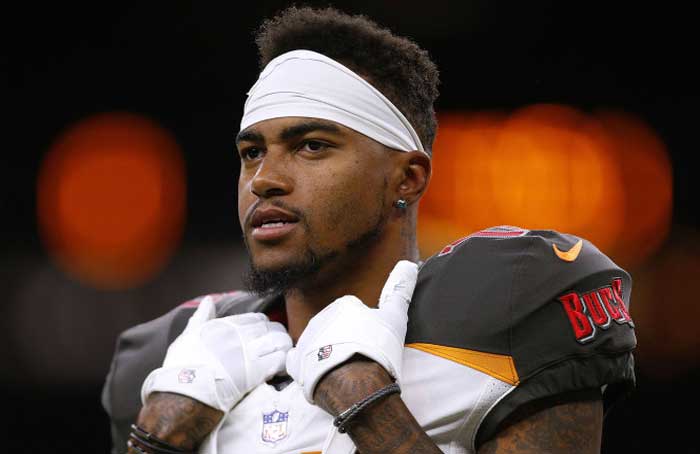 Advocates Keep Jackson out of Jail

WA: Spokane Man Accused Of Sending 58 Lbs Of Marijuana Through The Mail

NJ: 9 Bags Of Marijuana Found In Car At Holland Tunnel