The vacant lot at the southwest corner of San Jacinto Lane and Cabot Road in Desert Hot Springs will soon be home to a new medical marijuana cultivation facility.

The Desert Hot Springs City Council unanimously approved the development of the new cultivation facility by Black Pepper Ventures at a City Council meeting Wednesday. There was no opposition from any council members or residents.

The facility, which will be on a "piece of dirt and some sand," according to Aaron Herzberg, partner and general counsel for Black Pepper Industries, will be approximately 40,440 square feet, with 31,100 square feet dedicated to cultivation.

Herzberg thanked the council for being on "the forefront" of medicinal cannabis cultivation.

"We're putting a state-of-the art cultivation facility there," Herzberg said. "We believe this is truly a win-win for the city."

This patch of dirt and sand, strewn with broken bottles and discarded clothes hangers, will support a piece of a burgeoning industry that could see exponential expansion in the next few years.

Many growers are already preparing for a potential boom in demand for marijuana if California voters approve a ballot amendment legalizing recreational marijuana in November.

Desert Hot Springs has already been able to attract multiple medical marijuana cultivation facilities to the city, some of which were approved with provisions in their development agreements allowing them to be converted into recreational marijuana facilities in the future.

This would put facilities in Desert Hot Springs well ahead of the rest of the state should recreational marijuana become legal, said David Welch, principal attorney at D|R Welch Attorneys at Law, a Los Angeles law firm specializing in the business aspects of the medical marijuana industry.

"They're already running," Welch said. "They're just waiting for the law to catch up. Desert Hot Springs would be the first city in California to have recreational cultivation facilities."

The Adult Use of Marijuana Initiative would take effect immediately upon being passed by the voters, Welch said.

The new facility approved Tuesday would join currently operating facilies and those in development, including the facility operated by Oxford Properties. Welch helped negotiate the ordinace that led to the creation of this 1.8 million square foot cultivation facility.

The Oxford Properties facility incuded a section in its development agreement that would allow it to transition to a recreational marijuana cultivation facility.

"This would be the first facility in California and the largest facility in the world for recreational marijuana," if the Novermber ballot amendment passes, Welch said of the Oxford Properties facility. 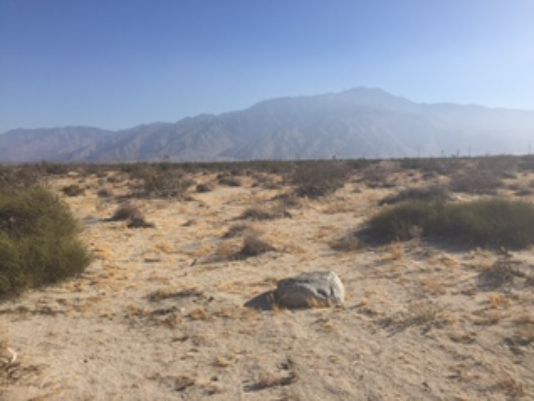