Does Anything Go In The Drug War?

Sometimes it seems like anything goes in the drug war. Is someone accused of selling drugs? Levy a drug tax! Is anyone using drugs during college? Take away their financial aid! Sell drugs near a school? Add on two or five or ten more years!

Hear there are drugs somewhere, in someone's house? Break down the door! Even if there's doubt as to the address -- this week we heard about a case where they didn't even have an address. If a kid who lives in public housing sells drugs, kick out the whole family! Kick out the grandmother! Doesn't matter if she knew about it -- doesn't matter if the kid wasn't even selling on premises -- we're talking about drugs! We have to fight drugs, any way we can think of! And once we've thought of it -- we have to do it! Why shouldn't we do it, if there are drugs?

Oh, let's take the house too, auction it off, spend the money on cop cars, or banquets and costumes. No matter if there's ever a conviction, or even a trial. And if we're in certain countries, just kill 'em!

If you follow this issue regularly, you know that I'm not making any of it up, and you know that the outrages keep on piling up. Today -- just today -- two people I know are facing sentencing. One of them is an innocent doctor who treated patients who needed op*edittes for pain, and got railroaded by prosecutors as happens to pain doctors so often. The other helped supply patients with medical marijuana, and a prosecutor overstated the size of his operation to get him ten years in his first trial. There's reason to believe the prosecutor may have deliberately destroyed evidence that could have exonerated him of the most serious charges. But even if they were guilty of everything, ten years?

Only if anything really goes, and these are only some things being done directly to individuals. There are a host of very reckless tactics that are putting large numbers of people in danger, like aerial fumigation -- or are distorting the perception of the issue, like biased research.

But if anything goes, where then will it end?

My vote is to end it all through legalization. In the meantime, let's try to help some of these people being unfairly victimized too. Thanks for reading. 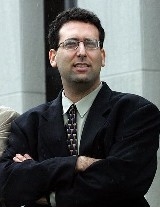 You know,
You are gettin' Me all firedUp for a Massive Spam run?
Not to mention the pasteUp job to get my point across.
420 Magazine
Creating Cannabis Awareness Since 1993
How to Grow Cannabis
Please Visit Our Sponsors

a spamjihad !
420 Magazine - Your Best Choice For Cannabis News

We gota' do somethin' about This,
For Damn Sure.

Just read the piece/reports about Rainbow Farms too,
Didn't sit well with Me.

The Warriors, died that day.
(hold on,
I don't wanta go off half-cocked
(cock)
K, I'm fully cocked now)
"It does not require a majority to prevail, but rather an irate, tireless minority keen to set brush fires in people's minds." Samuel Adams
420 Magazine
Creating Cannabis Awareness Since 1993
How to Grow Cannabis
Please Visit Our Sponsors

Not Guilty: How Juries Can Destroy the War on Drugs

Mexican Protesters Demand an End to the Drug War