In September the Department of Justice (DOJ) announced it would not challenge state laws regarding marijuana, but what about hemp? On Sept. 10, state officials said they believe the new policy may finally open the door for non-drug cannabis cultivation.

Until the 1950s, hemp was a leading U.S. crop, and many foresee a profitable return to American hemp farming. In July, the Congressional Research Service estimated a market potential of $500 million a year for domestic hemp production.

According to Kentucky Agriculture Commissioner James Comer, the DOJ's new marijuana policy is a green light for his state's industrial hemp law.

"The ruling the DOJ came out with pertains to states that have passed a regulatory framework pertaining to cannabis. We feel that that would include hemp as well," Comer said at the press briefing.

Commissioner Comer and Sen. Rand Paul (R-Ky.) will draft a letter to the DOJ at the behest of Kentucky's industrial hemp commission. Their goal is to get a clear blessing from the Obama administration, or at least tacit consent.

"We intend to proceed with industrial hemp next year in 2014 growing season. We intend to try to get the processors to set up shop in our state and have the farmers plan on making preparations to grow hemp in 2014 unless the DOJ tells us otherwise," Comer said.

With U.S. hemp imports totaling $300 million a year, Comer's homegrown message resonates with many Kentucky farmers who can no longer rely on tobacco crops. China, Canada, and several other countries grow hemp for textiles, paper, building materials, even for auto parts–German carmakers now use hemp fiber for the dash and door panels–and struggling U.S. farmers see a promising future in the versatile crop.

Hemp is related to marijuana, but only has negligible amounts of psychoactive THC. However, hemp is still classified as a Schedule I drug–designated more dangerous and addictive than cocaine and heroin–so farmers looking to grow hemp on an industrial scale face enormous penalties if the federal government decides to crack down.

Kentucky legislators sent a letter to the Justice Department earlier this year requesting a reconsideration of hemp's Schedule I status. In June, Kentucky Gov. Steve Beshear sent a letter to President Obama explaining that his state was looking to hemp to create jobs without undermining efforts to combat drug abuse. Neither letter received any response.

The Obama administration's most recent statement regarding hemp comes from a reply to a 2012 White House petition for hemp legalization. Gil Kerlikowske, then director of the office of national drug control, expressed concern over any THC content, no matter how small.

"The Administration will continue looking for innovative ways to support farmers across the country while balancing the need to protect public health and safety," he wrote.

"It's like mushrooms. There's a difference between psilocybin mushrooms and portabella. It's still legal to buy portabella or button mushrooms in the store," Massie said at a press conference.

For aspiring hemp farmers who require more assurance than a hopeful interpretation of a DOJ statement, Massie and other lawmakers are working on legislative strategies to realize a domestic hemp industry. As Kentucky's education campaign moves to Washington, HR525–a bill that seeks to remove industrial hemp from Schedule I status–is gaining support from lawmakers on both sides of the aisle.

A better understanding of hemp may soon come from a farm bill amendment accepted by the House in June. Introduced by Massey, Rep. Jared Polis (D-Colo.), and Rep. Earl Blumenauer (D-Ore.), the measure allows universities to do research on industrial hemp without the hassle of a DEA license.

However, when it comes to interpreting the Justice Department's stance on industrial hemp, actions may speak louder than words. When the hemp research amendment was introduced, the DOJ lobbied lawmakers against it. According to Massie, the judicial branch is not supposed to influence Congress, and the department "promptly retracted when they got their fingers slapped."

Comer said that if the DOJ doesn't intend to bother states with marijuana regulations, state hemp regulations deserve the same respect. "That's our message: we want every state to be treated the same," he said. 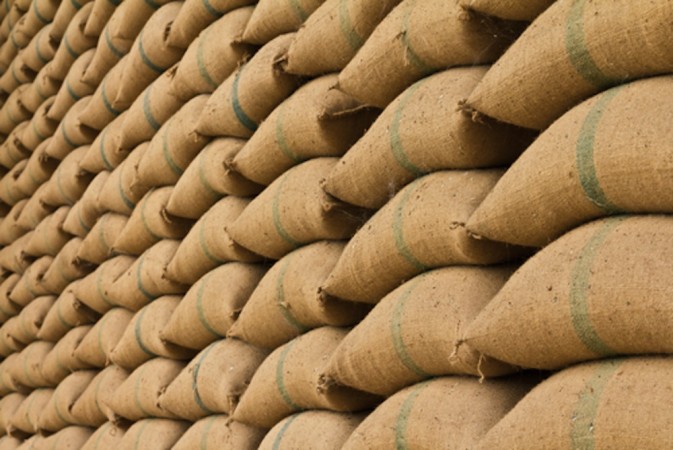 Congress is paying attention to the country's increasing acceptance of hemp. The House version of the stalled farm bill includes an amendment, sponsored by lawmakers in Colorado, Oregon and Kentucky, allowing industrial hemp cultivation nationwide. The amendment's prospects, like the farm bill's timely passage, are far from certain. lets hope they are smart enough to get this right. open the door.
You must log in or register to reply here.
Share:
Facebook Twitter Reddit Pinterest Tumblr WhatsApp Email Link
Top Bottom