Icemud inspired me to build my own SCROG screen, and since I thought that it could serve a dual purpose as a drying screen, I put two of them together on the cheap - very cheap. . .

Other things that I used, but didn't have to pay for are:

- Little bit of wood glue
- Some brads for my finish nailer (you could use nails or screws, but then you will have to pre-drill)
- Some staples 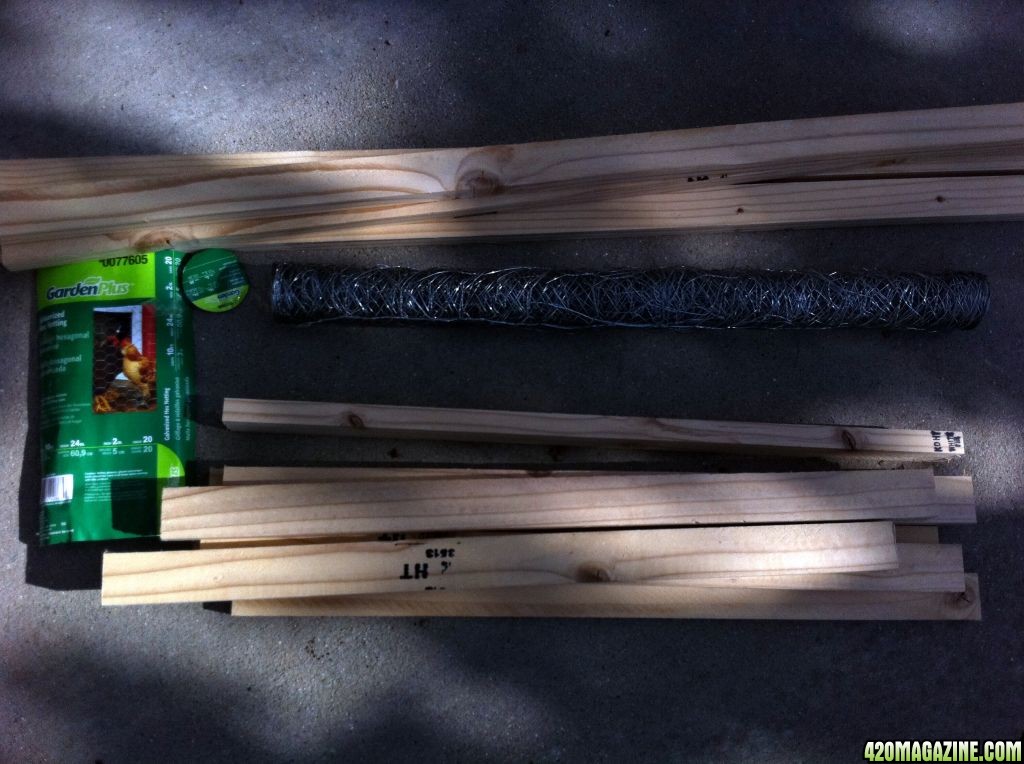 Now create a rectangular frame of 42" x 32" (shorter pieces inside the longer pieces). Put some glue on the touching sides, then put in some brads (or screws/nails). 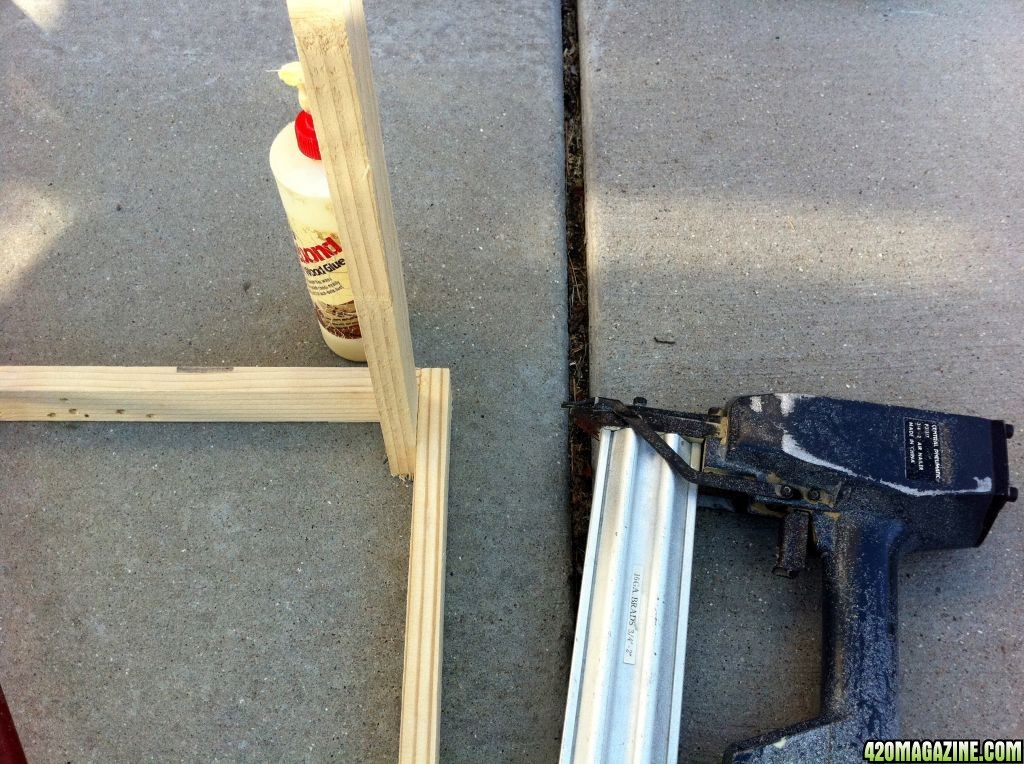 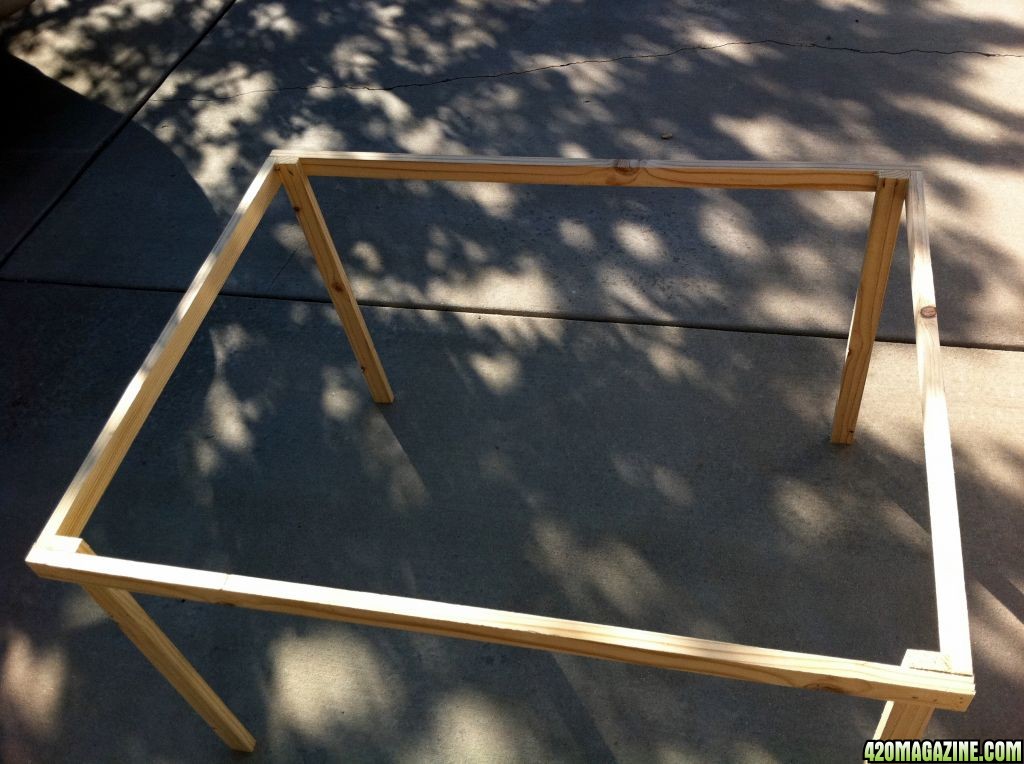 Frame two can loosely stand on top of frame two: 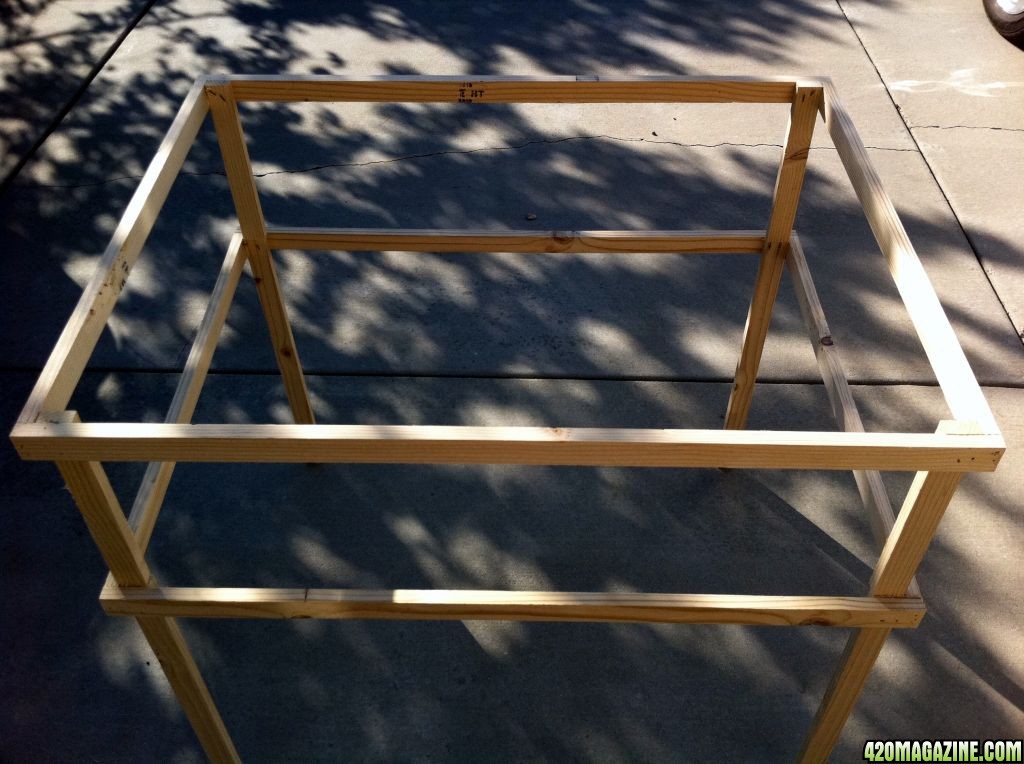 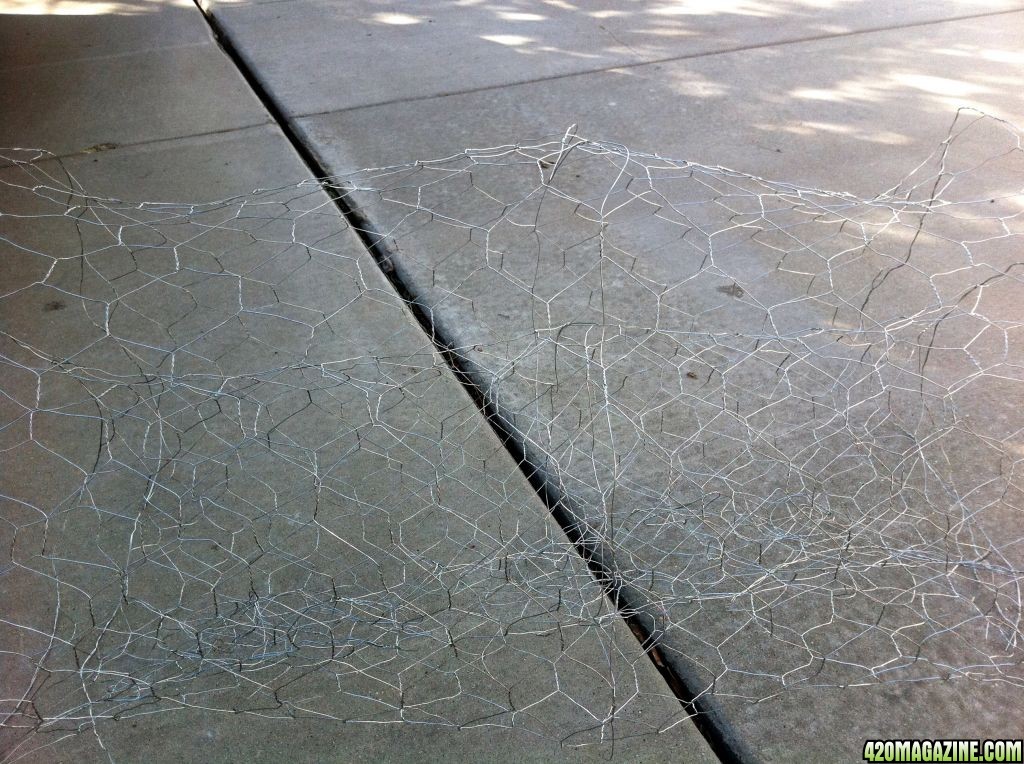 Place it on top of the screen. You will want to staple it first along the 32" side of the wooden frame (24" stretched part of the screen). Place the staple over the twisted piece of the wire, then after you cut it later, you can fold it over: 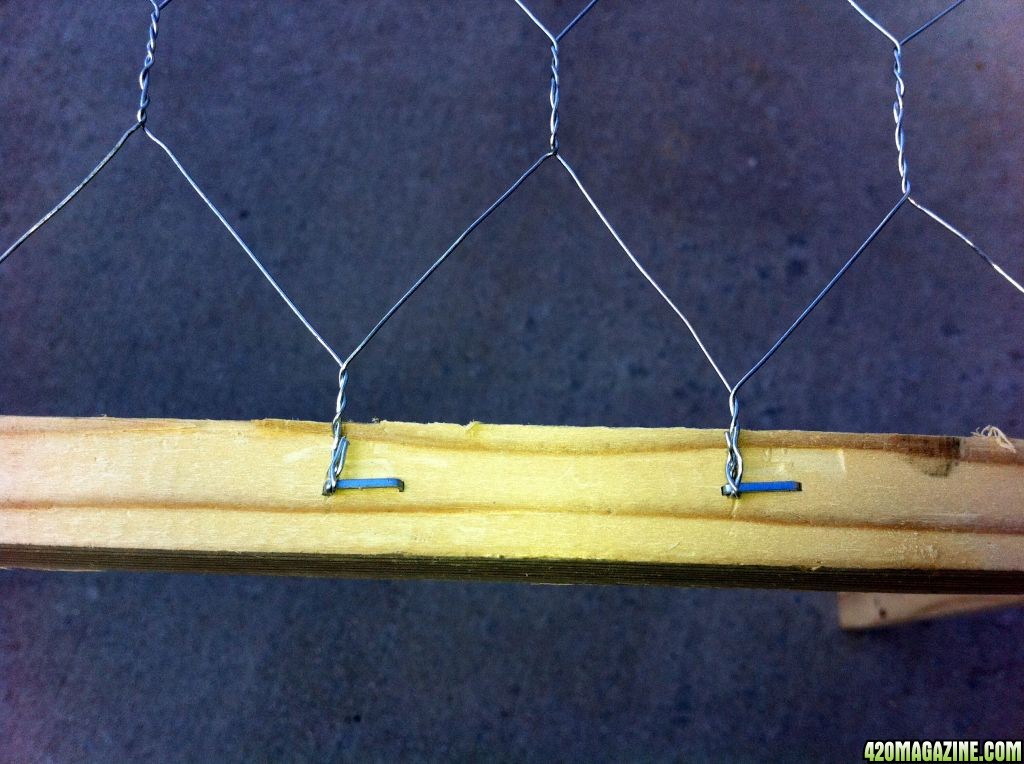 ) stretch the roll over the frame to the other side, but don't cut it yet. You want to keep the sides of the chicken wire screen in the middle of your 40" pieces of wood, and stretch them into a straight line. Once you start doing it, you will understand what I mean. You don't want any kinks along the 40" sides. The last part is the last short side. You will want to match the twisted wire on either sides (they should be equal) with the twisted wire parts that separates each cell. This will take a little bit of tugging, but then you get a nice, tight, bouncy, and even screen. Again attach the screen with staples over the twisty part that separates the cells. Use some wire snips to cut of the rest of the screen and do the same thing with the second frame. If you kept the sides nice and straight, you should have about 4" of chicken wire left for the trash can.

These are both of them finished and set on top of each other: 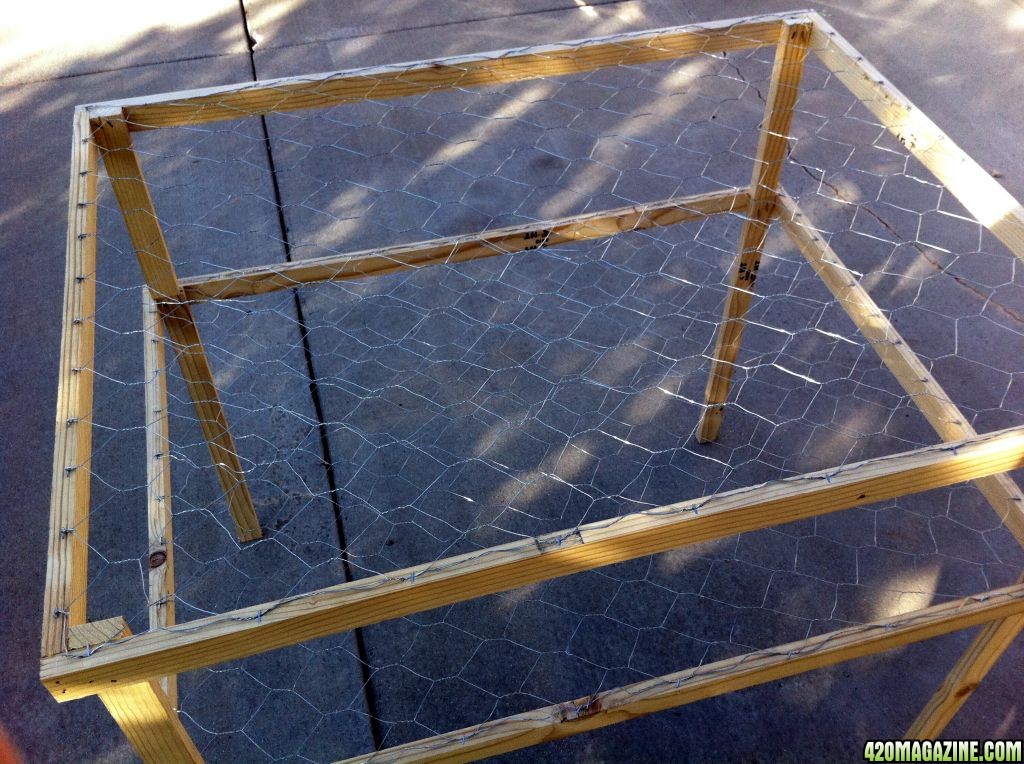 Putting the first screen inside the grow area - not easy to manipulate! 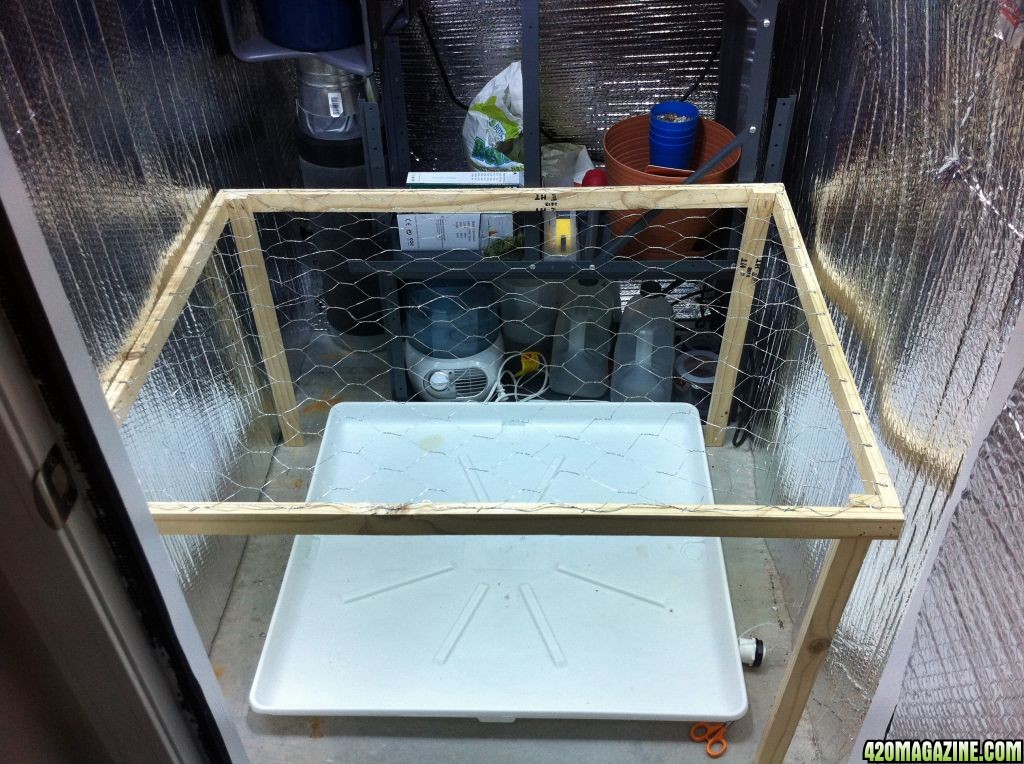 Putting the plants back, and gently putting some of the tops through the screen: 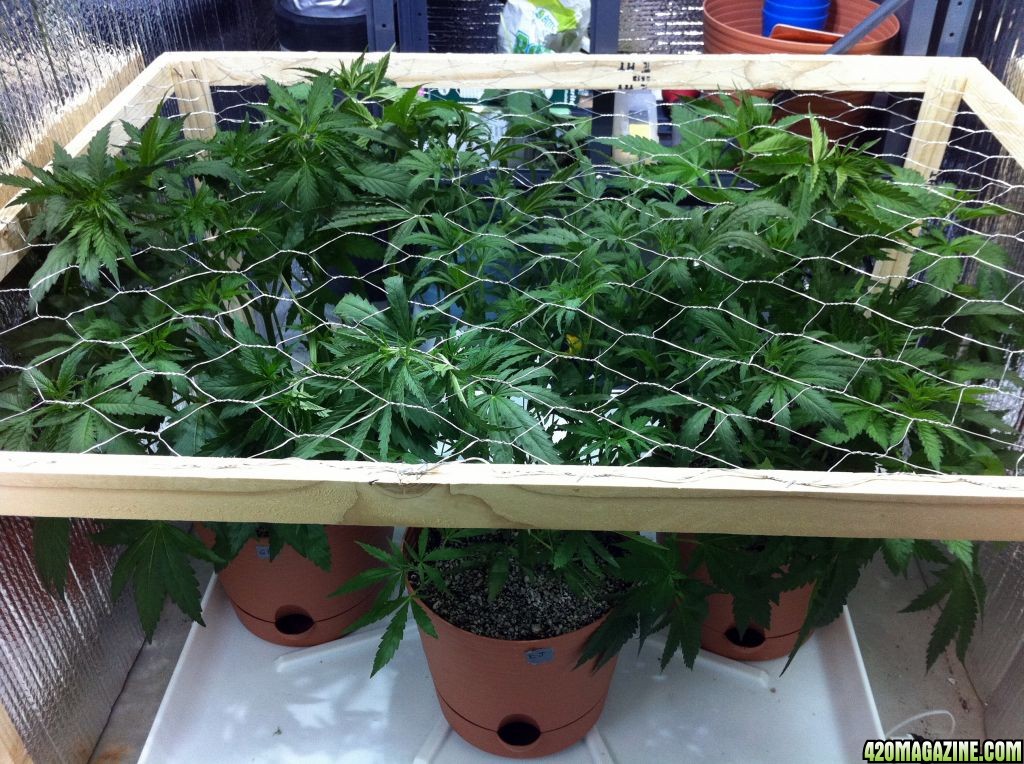 I don't know if I leave the second screen on top. I mainly build it to have a second drying screen, and just because I had material left over 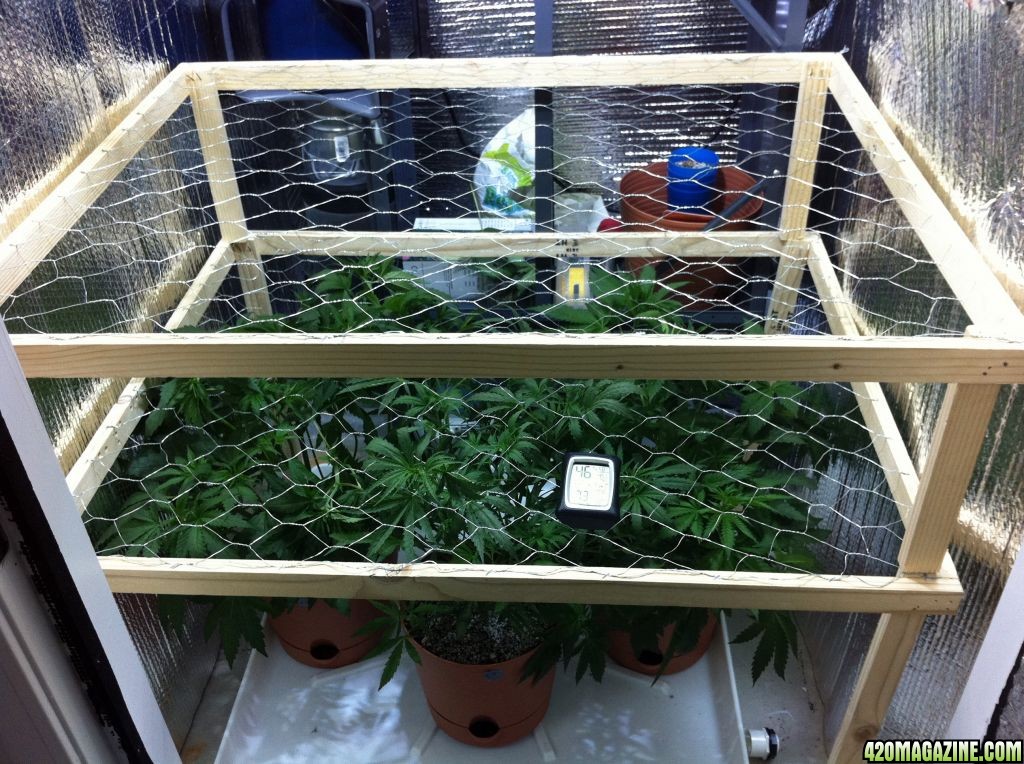 If you have the tools, this is about a 45 minute project otherwise about double that?
Dutch

I would ditch the 2nd screen, as it will end up being used as a trellis for support and thats all. If you have a stretch you could scrog at the second screen and trim all the way up but using both might be tricky. Thats a tight fit for them 4 girls, you could add some light down below.

Yeah, probably going to get two of those 70W HPS lights that I mentioned in my journal. The second screen was mainly a bonus from the leftovers, and will be mostly used for drying - I think. Thanks for the props guys.
Dutch

Awesome screen. Looks like it will do its job quite nicely.
I'm a 100% vegan (no animal products or dairy).

I got mine done from this tut. The girls are loving it! Thanks again for the simple tut. +rep 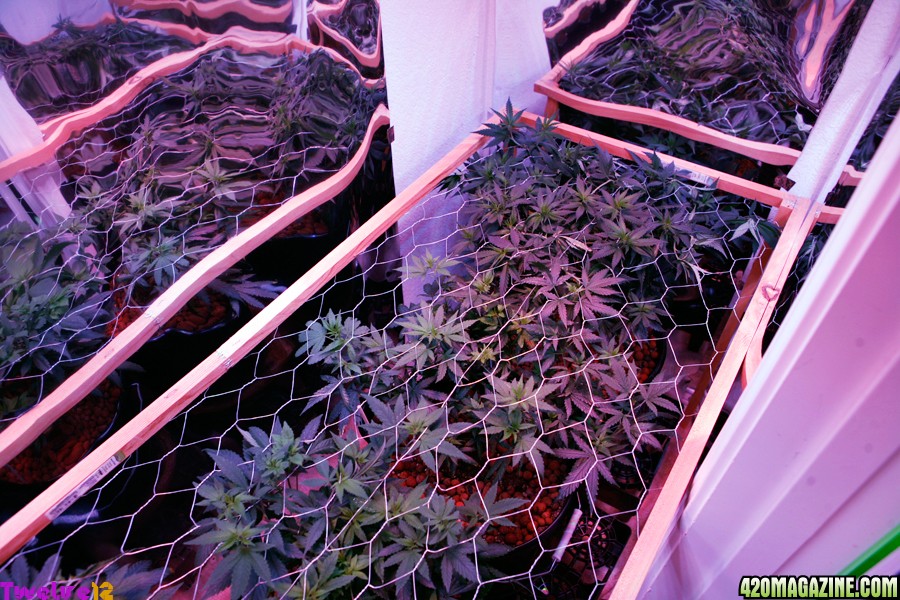 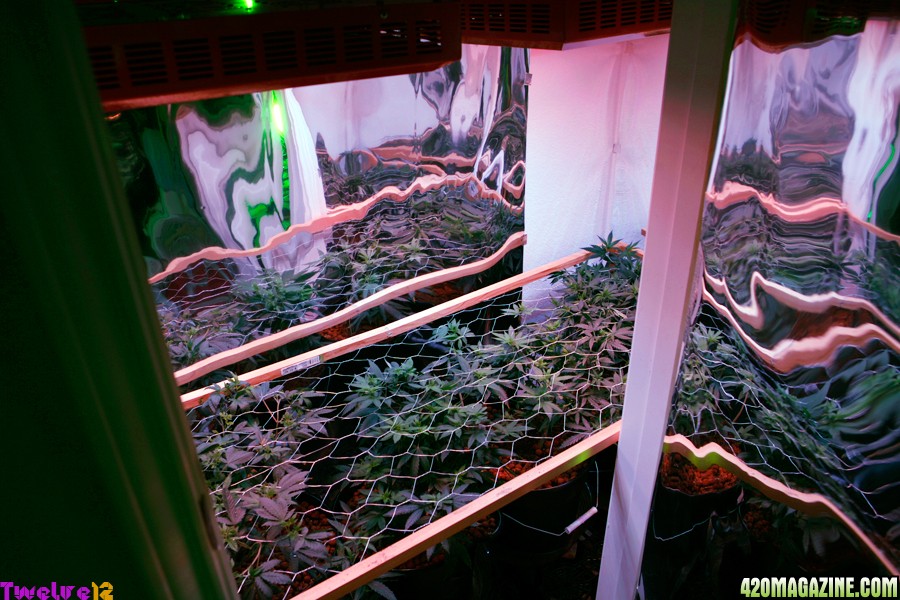 Twelve12 said:
I got mine done from this tut. The girls are loving it! Thanks again for the simple tut. +rep
Click to expand...

Glad that it inspired you a bit. You really need to stay on top of it though. Mine kinda looks messy because I took a short vacation, and it got a bit out of hand. . .

This is how mine is looking now: 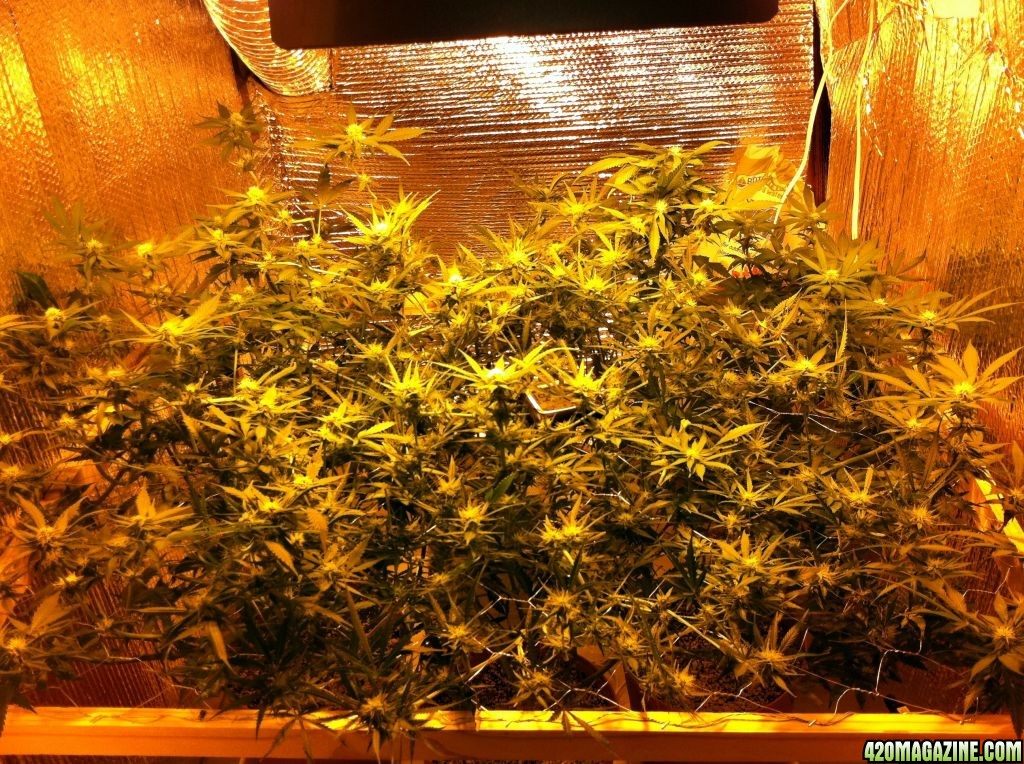 That's awesome. Bushy scrog. I pulled them under and over to empty slot to expand the branches for smaller nodes to reach the top. It's a daily chore until I see bud sites. Right now they are in the stretching phase which is good! The lower branches become clones, they're too short to reach the top in time for flowering.

Twelve12 said:
That's awesome. Bushy scrog. I pulled them under and over to empty slot to expand the branches for smaller nodes to reach the top. It's a daily chore until I see bud sites. Right now they are in the stretching phase which is good! The lower branches become clones, they're too short to reach the top in time for flowering.

That is what I did with the ones that would not reach. Now I am waiting for roots. . .
Dutch

Update with 6 weeks of flower: 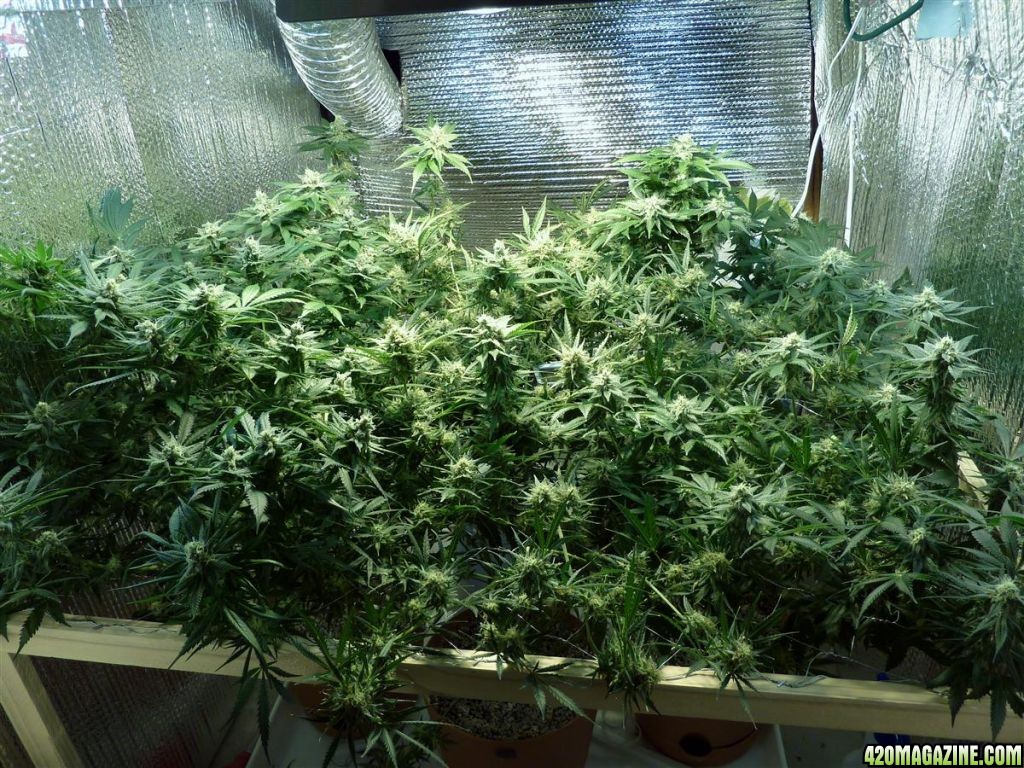 Holy heaven above that's nice. Mine hasn't gotten that far yet.
I'm a 100% vegan (no animal products or dairy).
D

Please do tell what soil mix reference .
Beautiful work!
Also are these smart pots?
Thanks
J

Wow it seems to be working real nice for you i think i am gunna build me one as well.... thanks for the tip man!