Downers Grove Wants Restrictions On Where Medical Marijuana Can Be Sold

Chicago - Downers Grove Park District officials want to prevent medical marijuana dispensaries from locating near area parks. The village's Plan Commission approved a recommendation earlier this month that would permit cannabis dispensaries in a handful of manufacturing districts in the village.

The proposed zoning change comes in the wake of the state legalizing medical marijuana. Officials said they wanted to identify areas in town that would be suitable, though the village has yet to receive any applications to open such a business. According to state law, cultivation centers must be at least 2,500 feet and dispensaries at least 1,000 feet away from residential zones, primary and secondary schools and day-care centers.

Village officials said that because of the high number of schools and child-care operations in the village, no industrial or commercial location is far enough away to allow a cultivation center. "Given the density of those in Downers Grove, cultivation cannot take place," Park District Commissioner Damienne Souter told the board at a recent meeting. However, village staff said the light manufacturing district zoning category would be appropriate locations for marijuana dispensing. Six such areas exist in the village: Ellsworth Industrial Park, Ogden Avenue between Lacey and Finley roads, Warrenville Road from Finley Road to Cross Street, Warren Avenue between Linscott and Lee avenues, Rogers Street between Fairview and Prospect avenues, 2nd Street within Williams Street, Fairview Avenue, and the train tracks.

Souter said Park District officials took issue with the areas on 2nd Street and on Warren Avenue, both of which are near parks and playground areas. "They all have amenities that attract children and families," Souter said. As such, Souter said park district officials requested that parks be included alongside schools and day-care centers as places near which medical marijuana dispensaries could not open. The change will be included in the ordinance proposed to the council sometime in November.

The chain to supply medical marijuana is strictly determined by the state, according to village planner Stan Balicki. "If anyone is a registered patient, they can only obtain it from a dispensing organization, and the dispensing organization can only obtain medical cannabis through a registered cultivation center, " Balicki told the plan commission on Oct. 7. Each application would be evaluated on a case-by-case basis to further evaluate if a dispensary is appropriate for a specific location within the manufacturing zones. "It does not give somebody carte blanche to come in and locate here," Balicki said.

Community Development Director Tom Dabareiner said the village is aiming to be proactive in modifying zoning requirements, noting that several nearby communities in the suburbs also considering similar measures. "To not do something opens up larger tracks of land for this potential use," Dabareiner said. 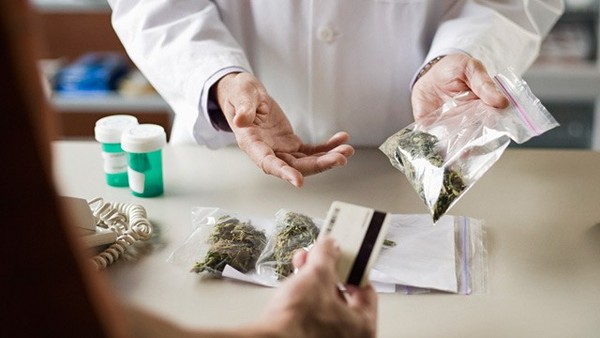