Town governments in Basalt and Carbondale are taking preemptive steps to limit a local marijuana-for-all industry in the wake of Colorado voters passing Amendment 64, while planners in Aspen and Pitkin County say they are more open to pot shops once a state regulatory framework is in place.

State authorities have until July 1, 2013, to issue regulations for retail pot shops. Towns can opt out of allowing marijuana-related businesses, follow the state guidelines or establish their own rules, by Oct. 1.

Both the Basalt and Carbondale ordinances note that marijuana remains illegal under federal law and it's unclear how the state plans to regulate the psychotropic plant.

Carbondale Town Manager Jay Harrington said the moratorium is a by-product of the town's experience in 2009 and 2010, when 13 medical marijuana dispensaries opened. That experience left some people feeling concerned that the town was unprepared at the time, and could be again for legalization.

"We wanted to make sure we have our ducks in a row," he said.

The moratorium included medical marijuana dispensaries – of which the town currently has four – because of a concern that there could be a rush of new applications for dispensaries that would seek to become retail pot shops, Harrington said.

The town is not necessarily opposed to retail marijuana businesses, Harrington said; Amendment 64 carried around 69 percent of the vote there. The moratorium was simply a desire to "stay ahead of the curve," and make sure there are regulations in place that work for the town, Harrington said.

In Basalt, there are no existing medical marijuana dispensaries, and the moratorium was passed partially because of a concern about pot becoming more accessible to kids, town planner Susan Philp said.

Town Council passed a one-year moratorium on retail pot businesses unanimously on first reading on Tuesday, and a second reading is set for Dec. 27. Philp said she expects more discussion about what direction the town plans to go with regards to legal marijuana in the coming months.

Neither Aspen nor Pitkin County is planning to introduce similar moratoriums on retail pot businesses.

County Manager Jon Peacock said government officials will wait to see where the state is going with its regulatory framework, and then go from there.

"I think any discussion about where to go would take the voice of the electorate into account," Peacock said, noting Amendment 64's 75 percent approval rate here. 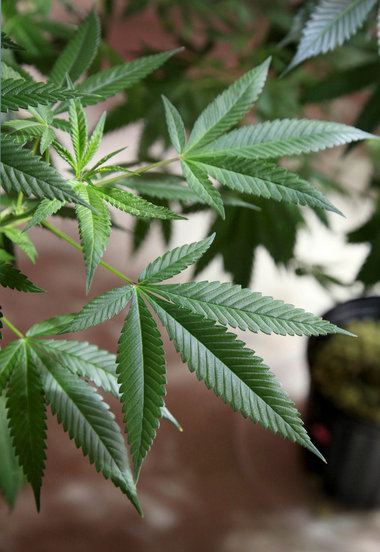