Medical marijuana just got another celebrity doctor's public support. During an interview Monday with Dr. Mehmet Oz on "Larry King Live", King asked Oz if he'd changed his views on marijuana. "I have," Oz responded, and went on to explain just how far he's come from his early beliefs about the plant. "I grew up like most of my generation believing that marijuana was something Satan was throwing at Americans, a communist plot. But I think most of us have come around to the believe that marijuana is hugely beneficial when used correctly for medicinal purposes," Oz said.

Oz joins the ranks of other TV medical experts who have come out in support of medical marijuana in recent years, including CNN's chief medical correspondent Dr. Sanjay Gupta, who recently "doubled down" on his support, and ABC News' chief health and medical editor Dr. Richard Besser. A vast majority of Americans now believe that marijuana should be legalized for medical purposes. According to a recent CBS News poll, 86 percent of Americans think that doctors should be able to legally prescribe medical cannabis to patients suffering from serious illnesses.

Oz -- who in addition to hosting his own show is a cardiothoracic surgeon, author, and teaching professor at Columbia University -- stopped short of supporting recreational marijuana, citing use by children as a main concern. "We pervert its use at times," Oz added. "I don't think it should be widely used, certainly by kids, because that creates a dependence that is unhealthy in any setting. But it absolutely should be widely available in America [for medical use]." Currently, 21 states and the District of Columbia have legalized medical marijuana, but the drug remains illegal under federal law, classified as a Schedule I substance, which the federal government considers to be of "the most dangerous" variety "with no currently accepted medical use." 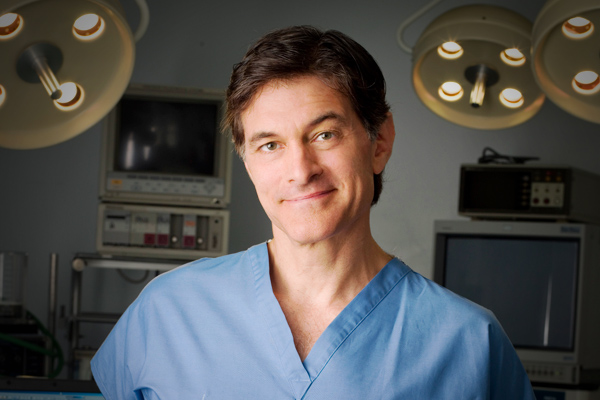 I'm only in it for the Oil
C


Thank you Mr Motoco but that is Dr. Oz.


CDnDenver said:
Thank you Mr Motoco but that is Dr. Oz.
Click to expand...