The Michigan Supreme Court ruled Tuesday that medical marijuana users aren't automatically breaking the law if they're caught driving after using the drug.

The court unanimously overturned an appeals court decision in the case of a Grand Traverse County man, Rodney Koon. He was stopped in 2010 for speeding – going nearly 30 mph over the limit.

Koon admitted having smoked medical marijuana earlier, and a blood test revealed the drug in his system.

It's illegal for Michigan drivers to consume marijuana. But the state high court said medical marijuana users have some protection. The court says police must show that a driver actually was "under the influence" of marijuana for a charge to stick.

Michigan voters approved medical use of marijuana in 2008.

The medical marijuana law "shields registered patients from prosecution for the internal possession of marijuana," the judges said.

"It goes almost without saying that the (medical marijuana law) is an imperfect statute, the interpretation of which has repeatedly required this Court's intervention," the justices said. "Indeed, this case could have been easily resolved if the (law) had provided a definition of 'under the influence.'" 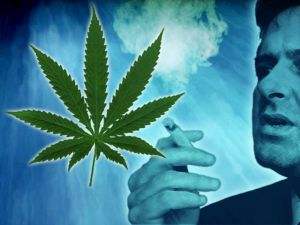 May 22, 2013
Truth Seeker
T
T
Medical Marijuana Patients Have Some Protections From Being Charged With DUI