Members of the Northeast Georgia Regional Drug Task Force seized more than 200 pounds of marijuana Monday when searching the homes of two alleged traffickers, one on Athens' Eastside and the other on the Westside, Athens-Clarke police said.

Kenyatta Latroy Campbell, 31, and Dennis Keith Brown Jr., 25, were arrested at Brown's home, 143 Lucy Lane, where police seized most of the pot – 10 bales worth, police said.

A single bale can weigh between 10 and 40 pounds, but police would only say they found "in excess" of 200 pounds of marijuana.

Task force agents also searched Campbell's home at 440 Cedar Creek Drive and Brown's mother's home on Lake Place, where they found additional marijuana and evidence of trafficking, according to police.

Lucy Lane is in Western Clarke County, off Mitchell Bridge Road near the Athens Perimeter, and Cedar Creek Drive connects Whit Davis Road and Gaines School Road on the Eastside.

Campbell already was facing a charge of possession with intent to distribute marijuana, stemming from a November 2010 arrest.

An officer stopped the man's car after he ran a red light, then arrested Campbell for driving without a license. The officer searched the car and found three bags of marijuana and more than $34,000 in cash, according to Athens-Clarke police.

That case is pending in Clarke County Superior Court.

Brown has been convicted nine times in State and Superior Courts since 2005. His first arrest came in 2003, when he and another man were charged with robbing and kidnapping a victim they held for ransom. As part of an agreement with prosecutors, Brown pleaded guilty to robbery by force and in 2005 was sentenced to seven years of probation. 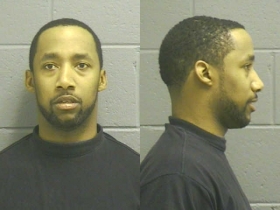 Another product of the drug war!

This is the kind of "violent black market sources" we are forced to deal with instead of safe alternatives that would come from legalization.

"Yea, send him to prison, or is it, crime/violence 101 classes? Hard to tell the difference"!