EAGLE, Colorado – Eagle County is cutting the distance marijuana businesses must stay away from most of the rest of society by 300 feet, which county officials say will bring them in line with state regulations.

The county commissioners Tuesday will change land use regulations that keep marijuana business away from things like schools and homes from 500 feet to 200 feet.

The changes will also remove churches and religious institutions from the list marijuana businesses but stay away from. That's also in keeping with the new state regulations, county officials said.

All related businesses will come under this umbrella: growing, processing, selling pot and products, Naracci said.

The Feds Started This

When the feds and U.S. Attorney General Eric Holder said they weren't going to enforce laws regarding marijuana, stores started popping up all over Colorado, and Eagle County, said Jon Stavney, chairman of the board of county commissioners.

"We looked around the said, 'We don't want to become marijuana central,'" Stavney said. "We didn't put a moratorium on it, but we didn't want them popping up all over, either. So we enacted the tightest boundaries possible while we got a handle on it."

The commissioners passed their temporary regulations, then checked in with Eagle County voters in 2010 asking, basically, "Now that you've seen stores and their place in the community, should they continue to exist?"

Eagle County's Body Politic said "Yes" in the county, but "No" in the towns. So, unincorporated Eagle County is where most local marijuana businesses are located.

In Colorado, county governments are an arm of the state government. Statewide, Colorado voters legalized medical marijuana in 2000.

Stavney said that, personally, he's not a fan. But voters in Eagle County and across the state have made it clear they're OK with this.

"This isn't something I would necessarily want to see, but I represent the voters and they've said they're OK with this."

Eagle County's regulations are restrictive, but they're not an outright ban, which voters could have approved in 2010.

"We did the medical marijuana industry a favor with our regulations," Stavney said. "If it had been unregulated and these businesses had popped up on every street corner, the voters would probably have reacted much differently and said they don't want to allow this any longer."

The commissioners will let the public say pretty much whatever it wants to during Tuesday's meeting.

But the law will still be the law.

"Right now, in this state, this is defined as a legal use," Stavney said. 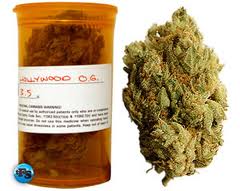 El Jebel May Not Get Medicinal Pot