A friend called wanting to know if he could bring his light setup over for me to diagnose. So he stuck it in the back of his pickup truck, headed to my house, and decided to stop at the store for 20 minutes on the way.

So now I no longer have to diagnose his light - I need to help him decide on a cheap replacement. As it was (obviously) not installed in his truck, he'd have to file a claim through his homeowner's insurance which has a $500 deductible. So he is going cheap on the reflector.

We looked around and he has narrowed his choices to the Sun System Econowing and the (CAP) ValuLine Lumewing. Both within a few bucks of $35. They look to be made out of the same thing so AfaIK the reflectivity would be the same. (Does anyone know from experience if one is better than the other in this regard? If anyone can point me to manufacturers' sites that contain reflectivity specs, it would be appreciated.) Concerns are space - between the top of the bulb and the reflector - and whether or not one is more likely to have "bulb sag" than the other. He doesn't want to walk in and see that his bulb is doing a great job of illuminating the wall because it is no longer horizontal in relation to the reflector, lol.

He's not concerned about sharp edges or bulletproof construction. No children will be anywhere near the thing and besides, a little blood is good for plants, right

? He will only be using it for his main reflector for a couple of months but said he might later want to use it for a vegetative setup.

No, he doesn't want to build one himself (already asked). He's going with a Lumatek ballast again and there are two versions, one with a Hydrofarm output and one with a "standard" output, so he cannot order the ballast until he decides on the reflector (unless both reflectors I mentioned take the same type of cordset?). 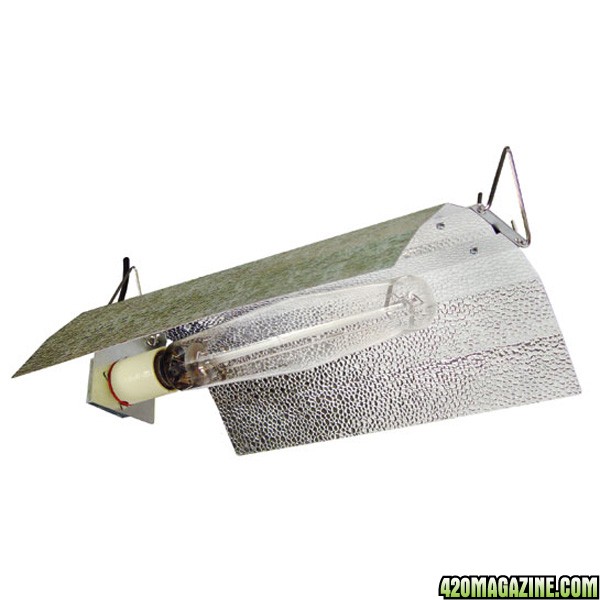 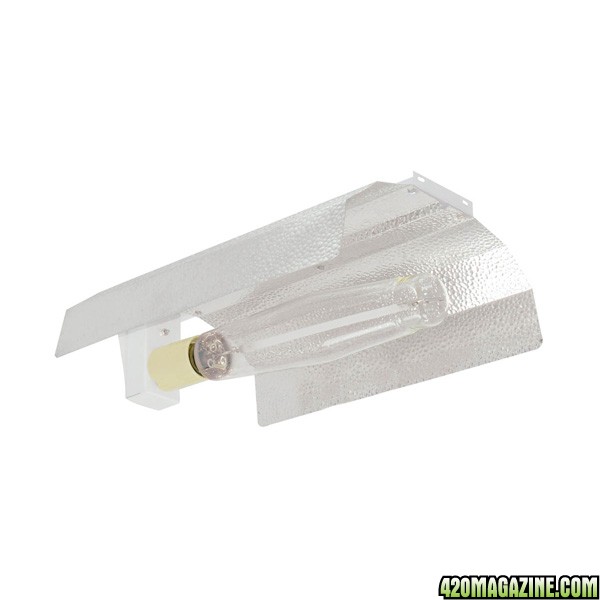 The dinosaurs became extinct because they didn't have a space program. -Larry Niven
B

I have a 600W HPS with the econowing and it works fine, no sagging. Does exactly what it is suppose to and has held up fine.

I don't like this kind of lights. out of date.
To be a chameleon and learn to adapt !

Boogerman410 said:
I have a 600W HPS with the econowing and it works fine, no sagging. Does exactly what it is suppose to and has held up fine.
Click to expand...


Thanks, I'll let him know.


Granted that these reflector types leave a lot to be desired - they obviously have NO provision for air-cooiing, and the very open nature means there will be scatter which at best means a longer path (for the scattered illumination) before being reflected and at worst poor reflection if the surface it strikes is not up to par.

But its open nature means that ALL of the illumination doesn't have to pass through a piece of glass before reaching his garden. It was cheap and he hadn't budgeted the purchase of a new light setup. As he isn't running an open vertical setup, he would have had to construct some kind of reflector surface (no big deal, admittedly, but a consideration). Add to that the cord and mogul socket he'd have had to pick up (again no big deal, but the cost would have been a portion of the cost of these cheap reflectors).

These things do have a restrike bend directly above the bulb area to help direct that portion of the light emitted directly upwards from the bulb so that it doesn't have to travel back through the bulb.

And best of all (lol), every time he sees the thing, he will be reminded not to leave an expensive light setup sitting in the back of his truck when he stops at the store.
Respectfully,
Tortured Soul