The founder of a medical marijuana clinic opening this month in Edmonton says the facility will provide a "necessary service."

"We know that Edmonton is under-serviced, from what we're hearing from both physicians and patients, with regards to physicians who are comfortable with prescribing cannabis," Dr. Danial Schecter said Tuesday.

On Monday, Edmonton anaesthesiologist Dr. Brian Knight told Metro there is no shortage of physicians to prescribe cannabis.

Schecter opened his Toronto clinic in 2014 and has since expanded to Halifax, Ottawa, St. John's and Barrie, making Edmonton's Hys Centre location his first venture into Western Canada.

Patients will need to be referred by their personal doctors to get into the clinic, and the clinic will not dispense the drug. Federal laws require patients with prescriptions to have orders shipped to them by licensed producers.

"Patients that come to our clinic are aware that if they just want a prescription to marijuana, then we're not the place for that. But if they want help to integrate cannabinoid medicine into their overall treatment, then we can work with them," Schecter said.

Schecter expects to draw physicians who are looking to try something different and expects to serve 1,000 to 2,000 patients in the clinic's first year.

Aaron Bott, president of the Mobile Access Compassionate Resources Organization Society (MACROS), blames the College of Physicians and Surgeons of Alberta's opposition to cannabis for leaving many doctors reluctant to prescribe it.

He says what Edmonton needs beyond clinics are dispensaries, which are currently still illegal.

Last July, Edmonton Police shut down the MACROS dispensary after 11 years of operation, a move that left 1,000 patients in need of a new source of marijuana.

Bott worries desperate patients will wind up paying too much to get cannabis through clinics.
"If they're sick already, why are you making the sick work harder?" he said. 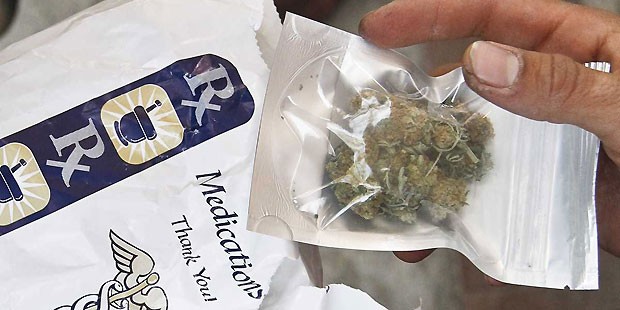 R
Edmonton To Get Its First Medical Marijuana Clinic

BC: Medical Cannabis Clinics Open In Edmonton And Calgary