Education Was Key To Legalizing Cannabis Oil At State Legislature

Utah - Just over a year ago Rep. Gage Froerer, R-Huntsville, knew about as much about cannabis oil, a form of medical marijuana, as the rest of us, not very much. He is an expert in the field now as he spent the bulk of the state Legislature's 45 day session this year educating Utah's lawmakers about about a strain of the plant that is engineered toward helping those who suffer from intractable epilepsy. "I think it was a concerted education effort by a number of people that made it possible in the time frame it happened," Froerer said. "The moms that had these children suffering from epilepsy was a huge component because they could tell their story better than anyone else."

Those mothers are the reason Froerer took on the cause and educated himself about what the cannabis oil was and was not. They came to him and asked him to give the idea a chance. He did and did so in such an effective manner that he convinced a highly conservative legislature that this form of a treatment should be explored in Utah.

Froerer said the biggest obstacle was education. He explained that he needed to take the time to meet the 104 lawmakers to discuss what he was trying to accomplish and make certain that all of them knew that he wasn't trying to legalize marijuana in the beehive state. His meetings didn't end with lawmakers. Froerer also had meetings with law enforcement officials and medical experts to ensure he had a coalition of support to help move his bill through the Capitol. "It wasn't an easy journey by any means," he said.

Certainly not. His bill went through nine revisions before it gained final approval and went to Gov. Gary Herbert for his signature. Often bills with that many revisions get held for a year or never pass because it shows there is still work to be done on the legislation. Froerer, however, pushed on and made it happen during the session and did so with relatively little push back.

"It was open and shut since it was limited to cannabis oil," said Rep. Mike McKell, R-Spanish Fork. McKell said lawmakers easily rallied behind the bill because of the education that was given. He said once lawmakers understood it was simply allowing the oil to be used in controlled circumstances and not opening the door for marijuana legalization that it wasn't hard for everyone to get on board with the bill. "In no way do we anticipate that we will legalize marijuana," McKell said. "I'm not aware of a single legislator in Utah County that has made any indication that they would be open to legalizing marijuana. In fact, it is just the opposite."

What lawmakers did approve was a bill that allowed a few things to now take place in the state. What the legislation allows for is: Allowing the state's department of agriculture and certified higher education institutions to grow industrialized for research. Allows an individual with intractable epilepsy to possess the oil within the state. Allows the state department of health to issue a hemp registration card. Requires that a neurologist sign off on an individual to receive the treatment. Requires the state department of health to maintain a database of the neurologist evaluations that are turned in to the state.

Those participating in the program also have to pay $400 to receive the hemp registration card. The money goes towards paying for the operation of the program. The legislation calls for the program to expire in 2016. Froerer said at that time the legislature will have two years of information to show them if the treatments from the oil is making a difference and have the option to extend the use of the oil.

"I'm excited to see the results," he said. Froerer said most, if not all, of the oil will be purchased in Colorado from an institution called Realm of Caring. Utah families who obtain the proper approval will be able to travel to Colorado purchase the oil and bring it back into Utah. Froerer said the organization plans on having enough oil available for the demand it is expecting, as ten other states have also approved the cannabis oil for epilepsy treatment, by October.

The cannabis oil that will be allowed in the state has nearly no components that one thinks of when they think of the recreational marijuana drug. Froerer explained that the oil that will be used has an extremely small portion of make up in the plant that causes the "high" in an individual is traditionally thought of experiencing when using marijuana. Rather the cannabis oil contains a high amount of cannabidiol which is believed to lessen the amount of seizures someone with epilepsy faces. Froerer said he has no intention of expanding additional marijuana use in the state. He said he is only interested in seeing this project through and hopefully reduce the amount of seizures in individuals who have epilepsy. 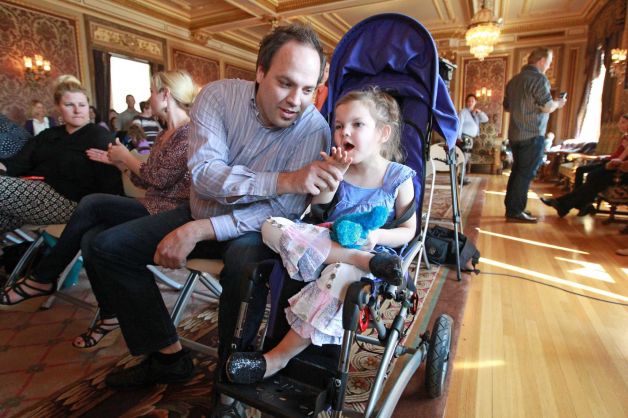 Feb 5, 2014
The General
T
T
Bill Would OK Use Of Cannabis Supplements In Utah