State Sen. Daylin Leach, D-17, has plans to resurrect a bill that would legalize the use of marijuana for medical purposes in Pennsylvania.

Some advocates of repealing or relaxing Pennsylvania's anti-marijuana laws recently told the Associated Press they were encouraged by referendum votes to legalize recreational use of the drug in Colorado and Washington state.

Leach, who sponsored one of two medical-marijuana bills that died in committee during the just-ended legislative session, said the referendum results will help pave the way for similar measures in other states. Leach said he intends to resurrect his bill to allow marijuana use for medical purposes and will also sponsor a bill to decriminalize the drug.

"The smoking of marijuana should not be handled as a criminal justice issue," he said.

Other local officials had mixed reactions to legislation that would legalize marijuana for medical purposes.

Delaware County District Attorney Jack Whelan said he was against the proposal. Whelan said tetrahydrocannabinol, the active ingredient in marijuana more commonly known as THC, can cause distortion in time, place and manner.

Even though advocates of medical use of marijuana have argued there are positive benefits to its use, Whelan maintained he was against it. He believes there are other treatments already approved by the U.S. Food and Drug Administration that can help cancer patients, for instance. In addition, Whelan said marijuana inhalation, similar to smoking cigarettes, is harmful to the lungs.

"It's time to end a prohibition that has caused so much damage," Leach said.

Leach said there would need to be restrictions with any legalization, such as no driving under the influence and age limits. Previous versions of the bill called for the state sales tax to be imposed on all sales of marijuana in Pennsylvania.

Kevin Harley, Republican Gov. Tom Corbett's spokesman, said the governor would veto any legalization bill, even if it were limited to medical purposes.

"The issue of legalizing marijuana for medical uses has not been part of our legislative agenda, but we're aware of the actions taken in other states such as California, New Jersey and Massachusetts," said Erik Arneson, a spokesman for state Senate Majority Leader Dominic Pileggi, R-9. in an email. "First and foremost, this is a medical issue, and we have not heard from Pennsylvania's medical community advocating for the General Assembly to take up the issue. Given the recent comments of the governor's spokesman, it seems there's no reason to expect it will be considered in the new session."

In the state House, state Rep. Mark Cohen, D-202, has unsuccessfully sponsored medical-marijuana bills in the last two legislative sessions. He said he would introduce similar legislation in the next session, but he is not optimistic about its prospects.

State Rep. Greg Vitali, D-166, said he believes people who are suffering from serious medical conditions, such as cancer, should have this type of relief available so long as there are proper safeguards in place.

Michael Stoll, a spokesman for House Appropriations Majority Leader Bill Adolph, R-165, said the issue has not received a lot of interest among members of the House Republican Caucus. It's also not an issue that Adolph has heard about from constituents, Stoll said. 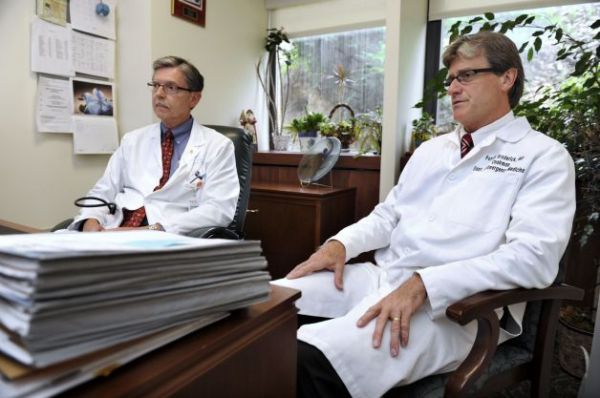