The Billings City Council will have a special meeting Tuesday night to consider, for the third time, adoption of an emergency ordinance banning medical marijuana storefronts.

The special session will start at 5:30 p.m. on the second floor of City Hall at 220 N. 27th St., followed by the council's regular work session, which is usually reserved for discussion, not official action. The meeting is on Tuesday because of the Monday holiday.

Council members postponed action on the emergency ordinance when they met on June 13 and June 27, saying they wanted to wait until a Lewis and Clark County judge had ruled in a case that challenged a law passed earlier this year that would have severely restricted the use and distribution of medical marijuana.

That ruling came down Thursday, when Judge Jim Reynolds struck down several major provisions of the law.

One provision he left alone was Section 13 of the law, which said local governments could prohibit storefront businesses that sold marijuana or marijuana-infused products.

Like all emergency ordinances, this one would pass only if approved by two-thirds of the entire council, meaning it would need eight yea votes, no matter how many members are present. If passed, it would become effective immediately and would remain in place for up to 90 days.

People will be limited to one minute each during that comment period. The ordinance is the only item on the special session agenda. After the council deals with the ordinance, people will be able to speak on any subject that was not on the agenda, this time for up to three minutes.

After the special session, the council will reconvene for its regular work session. 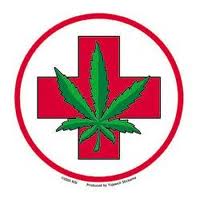