Florida - Michael Patterson says that when he worked in nursing home administration, he saw "horror stories" with patients getting addicted to narcotics. He saw narcotics sickening patients. After leaving management at healthcare giant Avante Group in 2008, he started his own company collecting data from visits to healthcare facilities and patient satisfaction surveys. He talked to patients with the same problems. He asked them for solutions. What do they think about Florida's hottest topic, medical marijuana?

Patterson said 90 percent of those patients supported medical marijuana, which would become legal for treating a wider variety of ailments if Amendment 2 passes next month. Regulating the medical marijuana industry would fall to the Department of Health. A licensed occupational therapist and nursing home administrator, Patterson incorporated his next business venture, Florida Apothecary, in February based on the patients' feedback. He hopes to open a two-fold operation in Melbourne: Growing 5,000 to 10,000 pounds of cannabis per month and dispensing medical marijuana in various forms. He plans to hire only licensed medical professionals in the dispensary and says he will employ his own security team. He estimated that he would create 100 to 300 jobs in the first three years.

He hopes that caliber of employee will add a sense of safety and legitimacy to his business. He referenced comparisons of dispensaries to headshops that have a bad reputation for selling "spice," a substance sold as potpourri but that can smoked and causes harmful effects. "The investment and time put into this, you're comparing a loan shark to the Bank of America," he said. "I don't think they understand it's going to be more of a pharmacy. I think they were associating it more with a nuisance."

He said an all-in-one operation would reduce safety risk that could come with transporting marijuana. In the future, he'd also like to begin a research operation studying the effects of marijuana as a treatment. Earlier this month, the Melbourne City Council looked at whether it should put regulations in place ahead of the November vote. Patterson advocated dispensaries being located in industrial areas, as several Brevard cities have done, saying it will still be accessible to those in need while not "in people's faces." Melbourne will not make any regulation decisions before the election. 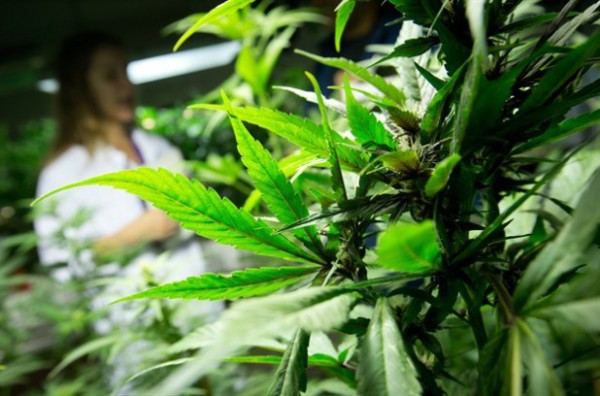