Sitting among the vines of Sauvignon Blanc and Tempranillo growing on his spectacular farm in Lebanon's Bekaa Valley, Michel Emad remembers the not-so-distant time when he opted to cultivate cannabis.

The retired soldier was not alone in this illicit trade: cannabis fields used to stretch as far as the eye could see in this part of Lebanon over which the state has tenuous control.

"Everyone used to grow hashish, that was what the market wanted, there was no alternative crop," Mr. Emad, a father of two in his fifties with neatly trimmed hair, said.

Now, he and the 220 farmers from the Coteaux Heliopolis cooperative are growing grapes for winemaking in the northern Bekaa Valley's Deir al-Ahmar region.

The area, one of the poorest in Lebanon, is notorious for its cannabis production, which expanded massively over recent decades to turn into a multi-million-dollar industry.

While cannabis farming has only been feebly challenged by the authorities over the years, it remains illegal and the small cooperative has succeeded in luring some producers away from the risky business.

They are looking to cash in as Lebanon's wine industry has blossomed, with traditional heavyweights and myriad smaller producers making inroads on an ever-expanding global market.

"Growing grapes is more lucrative and leaves you with a clean conscience," Mr. Emad said, explaining that this year's nine-ton harvest earned him $10,000, twice his erstwhile income from cannabis.

On the other side of the dirt road running along his vineyard, the tall stems of cannabis fields are still visible.

Mr. Emad spent three years growing cannabis. The security forces regularly raid the cannabis farms in the area and he fields were wiped out twice before he eventually decided to join the cooperative in 2003.

"With hashish, you always feel threatened by the authorities. You can't sleep at night for the constant risk of being jailed or seeing the state destroy your crops," he said, puffing on a cigarette in the shade of a tree.

'Only source of income'

The Coteaux Heliopolis cooperative was launched in 1999 and now covers around 250 hectares of vineyard in Deir al-Ahmar. The first harvest in 2003 and the resulting windfall sparked a wave of interest among cannabis farmers in the area.

"We have provided evidence that people don't want to grow hashish. They are obliged to because it is their only source of income but they don't actually want to live in fear and in violation of the law," said Shawki al-Fakhri, who heads the cooperative.

The sexagenarian recounts with an amused grin how his own father had been tempted by cannabis farming decades ago but was eventually dissuaded by his grandfather, a village priest.

The cooperative's harvested grapes are then sold on to producers such as Chateau Ksara, one of the biggest players in Lebanon's wine industry, or Domaine Wardy, one of the oldest and most renowned wineries.

The project initially received funding and technical support from France and gradually grew with local loans allowing producers to turn their fields into vineyards.

The grapes of choice are Syrah, Tempranillo, Cabernet Sauvignon, Sauvignon Blanc and Viognier. 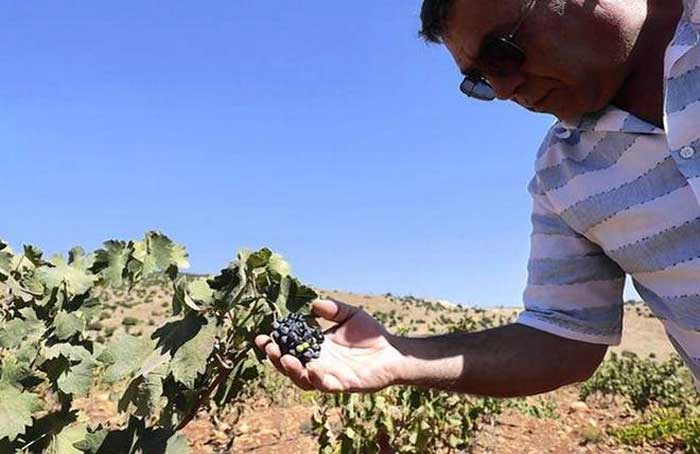 "The retired soldier was not alone in this illicit trade: cannabis fields used to stretch as far as the eye could see in this part of Lebanon..."

dear author: why do you call their farming of hashish "illicit"? how is farming hashish illicit when they've been doing it for centuries? this article makes it sound like a great thing for these people who no longer farm the best hashish in the world.

CA: World's First Cannabis-Infused, Alcohol-Free Wine Has Made Its Debut

K
CA: Wine And Weed Coming Together In Sonoma

California Finds 'Pot Of Gold' In Wine And Weed