Illinois - A city-owned commercial space has emerged as the site most likely to serve as a medical marijuana dispensary in Evanston, should the city decide to pursue a state license. Members of the City Council's Human Services Committee recommended a resolution Aug. 4, authorizing the city manager to draw up contingent lease approval for the property — vacant commercial space located at the Maple Avenue Parking Garage, 1800 Maple Ave. The "Medical Cannabis and Pilot Program Act," signed into law last year, allows for the establishment of medical cannabis dispensaries and cultivation centers for throughout Illinois.

The legislation limited the number of dispensaries to a total of 60 throughout the state. In this area, only one dispensary is permitted for the geographic area defined by the Niles and Evanston Township boundaries, according to City Manager Wally Bobkiewicz and Economic Development staffers Johanna Nyden and Paul Zalmezak in an analysis of the issue. The legislation also restricts where dispensaries may be located, ruling out areas near schools, day care centers and child care facilities.

The state will make the call, based on a process that is expected to heat up this fall. Meanwhile, city officials put the question to committee members on whether Evanston should move forward on the issue. A state requirement of the application for licensing is the identification of a specific site that is determined to be permitted by local code, and owned by an individual or entity that has indicated willingness to lease the space to licensees. "Communities all over Illinois are having very similar discussions," Bobkiewicz told committee members. "My sense is we should first decide if this makes sense for Evanston and deal with that."

Officials view the lease as primarily an economic development opportunity, Bobkiewicz said. If the city were to apply a 4 percent tax on items sold at the dispensary it could expect to conservatively collect a range of new revenue between $20,000 and $40,000 annually, staff projected. Additional projections of revenue potential have the location generating more than $200,000 annually, officials said. At Monday night's meeting, several potential applicants indicated they were focusing on the city. Brothella Quick, an Evanston resident whose group, Medmar Dispensary, is based here, said the city-owned space is the only real option right now.

The other two spaces identified by staff as possibilities, 900 Clark Street (former real estate offices of Arthur Hill Realty) and 1830 Sherman Ave., (referred to as the "CopyCat" building) have drawbacks, she said. Quick said her group was told the 900 Clark building is not available and that in the 1830 Sherman building, the basement is available. Because the medical marijuana product must be protected from becoming wet, that would not work, she told committee members.

John Sullivan, an Orland Park resident representing another medical cannabis company, said his group would consist of an M.D., pharmacist, and also law enforcement personnel. He said the group has been exploring locations throughout the state and "finding a mixed bag." "There are some communities that react with fear, quite frankly," he said, designating zoning for such centers "so that you can only open in an industrial district or some far outreach of their towns." 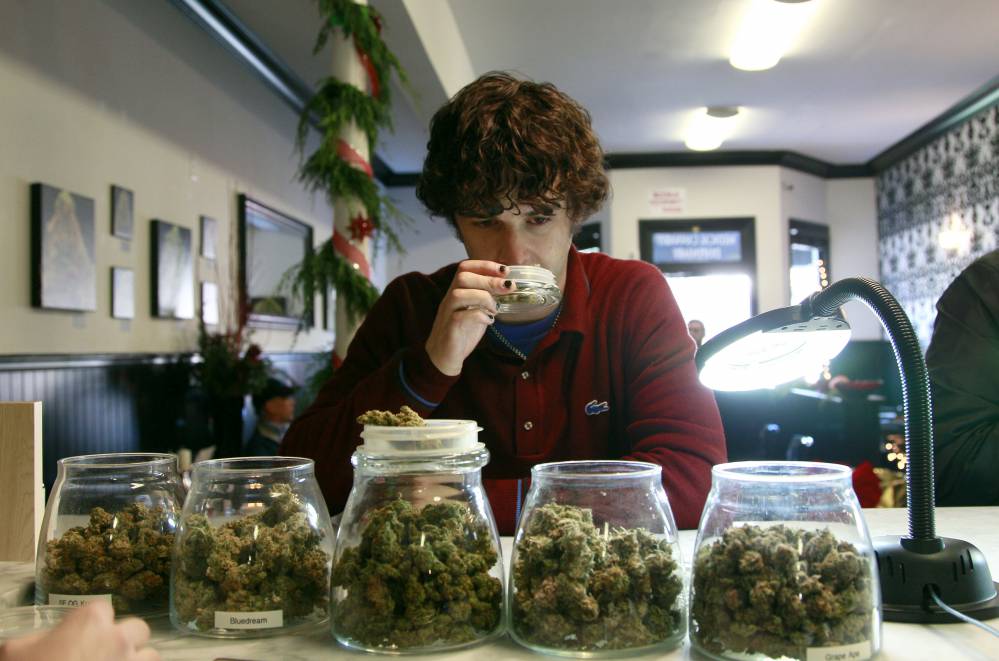