Washington State - Marijuana businesses seeking to open in Everett will continue to operate under an interim ordinance that must be renewed every six months. The city council Wednesday unanimously approved the extension despite pleas from marijuana advocates and businesses to either drop or loosen the restrictions. By doing so, the city of Everett bought time in which it can debate the issue, or wait for the Legislature to pass a law on revenue sharing.

Among other restrictions, the city's ordinance is tougher than the state guidelines in that it limits producers to a maximum of 2,000 square feet of canopy and prohibits retail businesses from operating within 2,500 feet of each other. One marijuana store, High Society at 1824 Broadway, has opened in the city. Four other retail licenses have been issued, but the businesses haven't yet opened. Jamie Curtismith, a marijuana business activist, told the council that instead of helping legitimate pot businesses thrive, the city is actually limiting their ability to compete with the black market.

Councilwoman Brenda Stonecipher voted for the ordinance but said she wouldn't renew it in six months, and said the city needed to do more research and work to craft a permanent rule that reflects the will of the 57 percent of Everett voters who supported legalization in I-502. Mayor Ray Stephanson echoed other comments about not receiving tax revenue from the state. "I'm always hopeful that the Legislature will provide us the resources, but I think we have to plan as if they won't, frankly," Stephanson said. 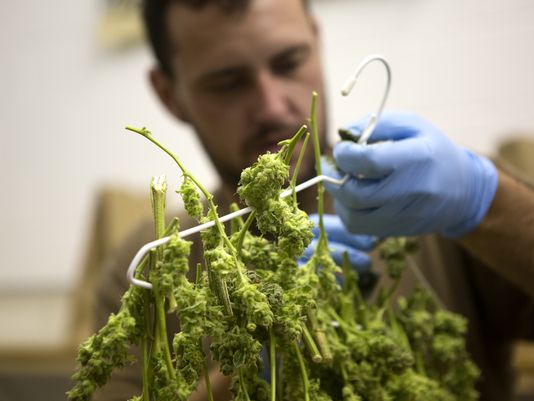