A former New York Jet is kicking up a cloud of controversy with a plan to market marijuana-derived products at Pop Warner youth football games.

Marvin Washington, who played 11 seasons in the NFL — including eight years with the Jets — is the managing partner of Isodiol, a company that extracts a little-known chemical from cannabis plants to make painkillers.

Unlike its more famous counterpart THC, the active ingredient cannabidiol, also known as CBD, doesn’t get you high. Instead, Isodiol claims CBD, which is legal in many states, can safely be used as an anti-inflammatory, a pain reliever, an aid to muscle recovery and a neuro-protector for the brain.

That goes for kids who get knocked around playing football, too, according to Washington.

“My CBD can be taken by a 7-year-old football player or a 27-year-old professional,” Washington, a 6-foot-6, 285-pound former defensive lineman, told The Post.

Nevertheless, CBD is getting a tough reception, even in the NFL, whose commissioner Roger Goodell still has yet to permit the use of any cannabis-derived product for any reason. Plenty of medical experts are skeptical, too.

“There is no data to support marijuana or cannabidiol having a role in protecting the brain from any kind of injury or in any kind of muscle recovery,” Dr. Sheryl Ryan, a Yale University professor of pediatrics, told The Post. “There is no science whatsoever to support that.”

Any claim to the contrary, Ryan added, “ is outrageous.”

Washington plans to make his case directly to parents at youth football games this fall, handing out samples of Isodiol’s line of topical creams, sprays, droplets and powders. Possible stops on the “educational” tour will include Florida, Texas and California, Washington said.

The idea is “getting the product in parents hands, as they begin to use it and experience the results,” said Troy Nihart, Isodiol’s president.

Washington’s planned tour of Pop Warner games is news to the kids league — which is dead-set against the idea. A spokesman stressed the fact that there have been no discussions between Washington and Pop Warner, much less an agreement.

“No one at Pop Warner has had anything to do with this and certainly doesn’t approve it,” the spokesman said, noting that “only Pop Warner-approved vendors and vendors with municipal permits may attend [league] events.”

One of the products Isodiol will promote at the games will be CBD-infused water, but the league spokesperson said, “Pop Warner participants are not to be offered anything ingestible, other than from a parent or an approved vendor.”

Parents of league players, the spokesman added, “can be assured that we won’t allow anyone to promote marijuana-based products to kids anywhere in Pop Warner. That’s a bad idea on every level.”

The league is expected to reach out to Washington to make its point crystal clear.

As the controversy roils, CBD manufacturers have managed to find at least a few backers in the medical field.

Dr. Philip Blair, who is a medical advisor to Elixinol, a company that makes CBD-based products for therapeutic uses, said that CBD is good for the brain, and that he “would feel comfortable with a child using CBD.”

But that’s just blowing smoke, according to Yale’s Ryan.

“Even if it were safe, why should I be giving my child something that is not effective?” Ryan said. Likewise, she frets that the misguided belief that CBD can heal brain injuries could “encourage behavior that may result in head tackling.” 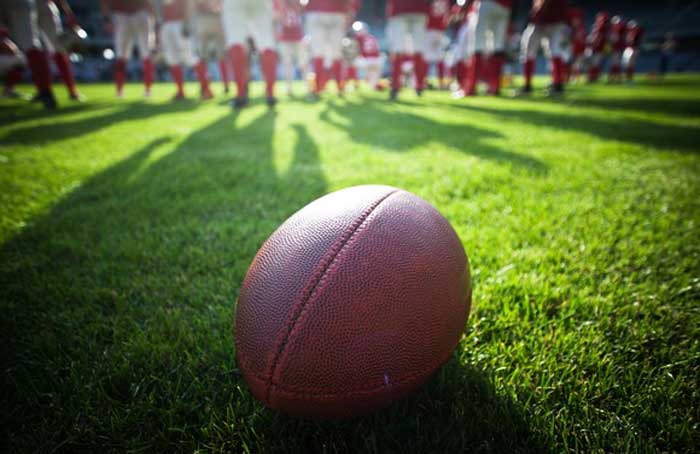