As the City of Long Beach awaits the ruling for their appeal to the California Supreme Court regarding the case of Ryan Pack et al v. The Superior Court of Los Angeles, in which The Second Appellate District Court ruled that some provisions of the city's permitting process to regulate medical marijuana dispensaries was preempted by federal law halting their new ordinance, the city now considers banning all dispensaries.

Last February shortly after the Ryan Pack Court ruling the Long Beach City Council voted to adopt a new ordinance banning all medical marijuana dispensaries, but had granted a six month exemption to the ban for the 18 collectives that had successfully engaged in the city's permitting process. The intention of this exemption was to give the State Supreme Court time to rule on the city's appeal, which would clarify which provisions of the ordinance could be upheld and how they are to regulate the collectives. The six month exemption period for the 18 collectives ends on August 12th at which time they will be banned. The exempt collectives are now encouraging the city to extend their exempt status an additional six months until the State Supreme Court rules on the appeal.

"Allowing the exempt collectives to be banned prior to the California Supreme Court's ruling on their own appeal seems a little premature at this point," said Ryan Evans, president and founder of Cornerstone Health and Wellness, one of the 18 currently exempt collectives operating in Long Beach. "If the city appealed their case to the State Supreme Court in order to keep their ordinance intact and to regulate dispensaries, then it doesn't make much sense to close the last few down prior to the court's decision on their own appeal. I'm really not sure about the purpose for the city filing the appeal if there are no dispensaries left come the time of the ruling," said Evans. "The State Supreme Court may also question the reason for the appeal if the city ultimately bans the now exempt collectives who are the current basis for the appeal, prior to its' ruling."

"We have always fully supported the city of Long Beach from the beginning in their efforts, as well as abiding to all of their guidelines," said Ryan Evans.

"At this stage, it's also a matter of integrity for the city to do the right thing and to consider extending our exemption status another six months until the State Supreme Court has made its' decision on the appeal."

The number of new collectives boomed in 2009 throughout the state of California and particularly in Los Angeles County. The exponential growth of medical marijuana dispensaries and patients who have a medical recommendation from their physician is now at an all time high. If Long Beach allows the remaining exempt collectives to be banned next August, then record numbers of people will be forced to turn to the streets. "Allowing the exempt collectives to close will undoubtedly put patients in jeopardy when obtaining medical marijuana," said Mitch Evans, Chief Operating Officer and co-owner at Cornerstone Health and Wellness.

"With regard to the appeal, the purpose of filing the appeal by the City of Long Beach was to protect safe access to this unique medicine for qualified patients, which I strongly believe is still the intent of the City Council, hence the exemption to the ban of Feb 14th. The exemption should be extended until the State Supreme Court can provide the direction toward regulation that the City has requested, and for which it' has worked so tirelessly for," said Mitch Evans

The Long Beach city council and the city of Long Beach lead the state in their efforts to regulate medical marijuana collectives and to find a way to provide safe access to their patients and residents. 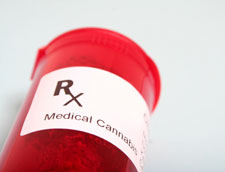