Facebook has sent a letter to the U.S. Drug Enforcement Administration demanding that agents stop impersonating users on the social network. The letter follows a BuzzFeed report that revealed how the DEA seized a woman's phone and later created a Facebook account in her name.

Sondra Arquiett was unaware as the DEA masqueraded as her while speaking to her friends. The DEA even posted photos of her with her son and another photo of her alone in panties and a bra. She has sued the DEA agent who set up the account. The Justice Department is backing him up, claiming federal agents have the right to do such things. Now Arquiett has Facebook (FB, Tech30) on her side.

"The DEA's deceptive actions... threaten the integrity of our community," Facebook chief security officer Joe Sullivan wrote to DEA head Michele Leonhart. "Using Facebook to impersonate others abuses that trust and makes people feel less safe and secure when using our service." The letter goes on to say that Facebook shut down the DEA's fake Arquiett account. It also demands that the DEA confirm it stopped all other cases of impersonation.

The DEA declined to comment and referred all questions to the Justice Department, which has not returned CNNMoney's calls. How did the DEA end up with this woman's phone? In 2010, Arquiett was arrested and faced charges related to cocaine distribution. She pled guilty and received probation. In legal filings, a federal prosecutor said Arquiett "implicitly consented by granting access to the information stored in her cell phone and by consenting to the use of that information to aid in an ongoing criminal investigations [sic]." But in its letter, Facebook said it is "deeply troubled" by that legal position.

Privacy researcher Runa Sandvik, who advises the Freedom of the Press Foundation, explained it this way: It's one thing to strike a deal and become an informant. It's another to lose complete control of your online identity. "Isn't this the definition of identity theft?" Sandvik asked. This is only the latest case in which the technology firm comes head-to-head with the federal government on civil liberties issues. Facebook has asked for more transparency about NSA spying on Americans. CEO Mark Zuckerberg has called President Obama to complain about it. And Facebook is fighting in court to have the Manhattan district attorney's office justify its seizure of 381 people's accounts. 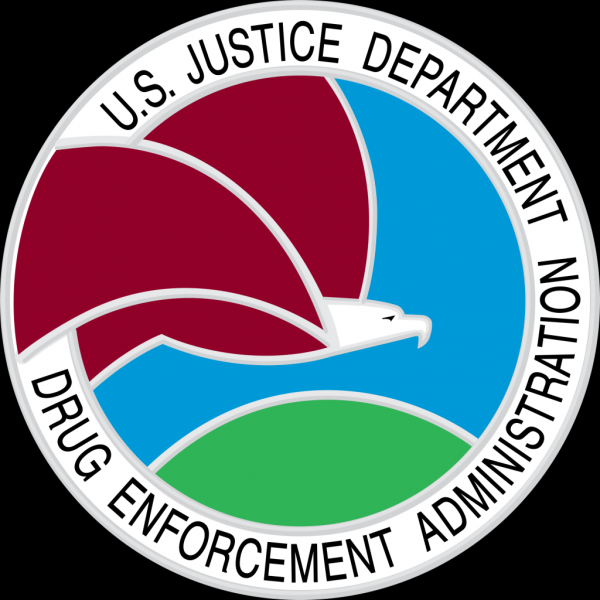 I like that Facebook is fighting back, but I'm mad at this mega-corporation... I think its trying to shut down one of my favorite websites, TheGoodLordAbove. (Yes, God's on Facebook.)

DEA reaches out to pull money into their pockets like armed thugs. They are funded by the government and have become as corrupt as the the people they arrest. Our tax dollars fund their ability to rip peoples lives apart while they get a bonus and bigger salary. We the People are being destroyed by bullies in uniforms.
T

I hate hearing situations like this. My government makes me sick sometimes.

theyll push the envelope till it bends.

"if the people start getting unhappy, lets just create another holiday to distract them all"

This is no different then the IRS using facebook to see if people are living beyond their income. I would think that using someones identity would be identity theft? I forget that our government goes beyond limitations.
Lady Vadalon
My new Journal:
Cultivating in my personal Arboretum

Thank you for all the past and future support

Dirty, Dirty Boys and some of us are criminals ???? I haven't ever stolen some ones identity !!!! Pathetic these are the guys supposed to be in charge and they are dirtier than us. Whatever it take to make themselves look good I guess I'll keep my INTEGRITY..
https://www.420magazine.com/forums/...etual-playground-post2185978.html#post2185978
M

I know that Oregon was talking about giving the police department access to medical records at one point because of card holders a few years ago but I think it was voted down. It is kind of scary
Lady Vadalon
My new Journal:
Cultivating in my personal Arboretum

Thank you for all the past and future support

washingtons voted that down for a few years now.. this year is looking to change though, i can see march coming and us washington medical patients having to register in a state ran database.

Bottom line; the government can and will do whatever they want. Whether it is voted in or not doesn't mean squat to them. A sad state of affairs to be sure. Keep your head down, go stealth, and stay out of their way. Privacy? They know what kind of toilet paper you use. They will say their child has cancer to hook up a bust.

Lady Vadalon said: "...talking about giving the police department access to medical records at one point..."

I didn't like having to give up my medical information to the state's Department of Health, either. But I had already given it up to Social Security, and it's not like insurance companies haven't already disseminated our health information -- to support that industry's need for big data (so it can have reasons to charge us out the ying-yang), and to make a buck (of course).