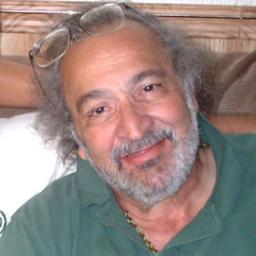 Latecomers to the marijuana-legalization movement may never have heard of Jack Herer, who died yesterday at age seventy. But veterans of the cause cite his 1985 book The Emperor Wears No Clothes as the manifesto that launched a campaign that continues to gather steam.

Herer died from complications related to a heart attack he suffered last September. That makes the interview he granted a few months earlier to Gregory Daurer, a longtime local activist and freelance writer (visit his website to learn more) who works as the office coordinator for marijuana attorney Warren Edson, one of his last.

Read it below -- and check out Daurer's observations about Herer in the wake of his passing.

Daurer's interview with Herer appeared in the May/June 2009 issue of Medical Marijuana News and Directory. It's not officially online, but Daurer kindly sent us PDFs of the article. Click on the links for page one, page two, page three, page four and page five to read the piece in its entirety. But to get a sense of Herer's passionate (and often profane) style, sample the concluding section:

What do you think has been the most significant thing that's happened sine you've started promoting hemp?

What tips do you have for raising consciousness?

Jack, is there anything else that you want to add?

I believe that all forms of things have to be natural. 50 percent of chemicals in agriculture are used on cotton in the United States. What the fuck is that about?

The best thing in the world and it's against the law.

I'll tell ya, I'm getting mad at all the fucking silliness. Even the good guys -- Ron Paul and Barney Frank -- they're fucking chicken. I have to speak. Other people have to speak. They are good guys, but they just don't know. Everybody needs to write these guys. Hemp will save the world, and nothing else will.


This wasn't the first time Daurer had spoken to Herer.

"I wouldn't say we knew each other that well," he says. "But like a lot of other people in Colorado, I was very intrigued by The Emperor Wears No Clothes, and I definitely wanted to hear him speak when he came out here in 1991. And he came out one or two times more between 1991 and 1992 to support the Colorado Hemp Initiative. It was an initiative to get hemp/cannabis/marijuana on the ballot, and even though it didn't make it, he was very helpful in the process and certainly an inspiration beyond that.

"Any activist in the early '90s worth their salt memorized from front to back Jack's book and distributed the information in whatever way they could -- or they were inspired to create their own businesses manufacturing hemp products: hemp clothes, hemp body ointment, so many other things."

As this comment suggests, Herer's mission was multifaceted. He wanted the hemp plant legalized not only for smoking pleasure but also for industrial uses -- and his message was heard far and wide.

"This was serious business," Daurer emphasizes. "He inspired a bio-revolution that hasn't really taken hold as much in America, since we can't legally grow hemp, just like you can't grow marijuana. But in Europe, well, a few years after he spoke in Germany, Mercedes and BMW were including hemp as part of the composite material in their cars. And now, there are a lot of hemp products available here, because it's legal to import hemp in non-psychoactive form: hemp oil, hemp cereal, whole hemp seeds, which are really useful because of the essential fatty acids and all the proteins in it..."

In 2000, Herer suffered a stroke from which it took him years to recover -- and during Daurer's interview with him last year, the effects on his speech were still evident. Nonetheless, he was as forceful and excitable as ever -- and while his voice has been stilled, Daurer believes that "his legacy in this country is just starting. It may take the legalization of marijuana before anything can be done about hemp, since the government has been so silly about this whole issue. But hemp has passed through legislatures in South Dakota, Vermont and Oregon, and I think there'll be more to come. We've focused so much on medical marijuana, medical marijuana, medical marijuana over the past few years -- so it's going to be good to explore other positive aspects of this plant.

"Jack Herer inspired dozens and dozens of people in Colorado to try to make a difference regarding this issue, and he's definitely going to be remembered. Hopefully, someday, there'll be a statue built of him."

What can I say Jack?

May you rest in peace my brother, knowing that myself and a whole planet full of activists are committed to finishing the amazing job you started. I dedicated my life to this mission almost 20 years ago, after becoming more aware of this plant, its history, destruction and potential, all because of your educational information in so many formats. I promise to see this thing to the end, we are almost there because of you Jack Herer. I will think about you every day my friend.

Sending you all my love, respect and positive energy through the universe.
420 Magazine®
Creating Cannabis Awareness Since 1993

We will always remember you Jack.

although it's not one of your strains.... i pray it will do. this bud is for you my friend. your time on this earth will NEVER be forgotten. may peace be in your soul and in the hearts of your family/friends. 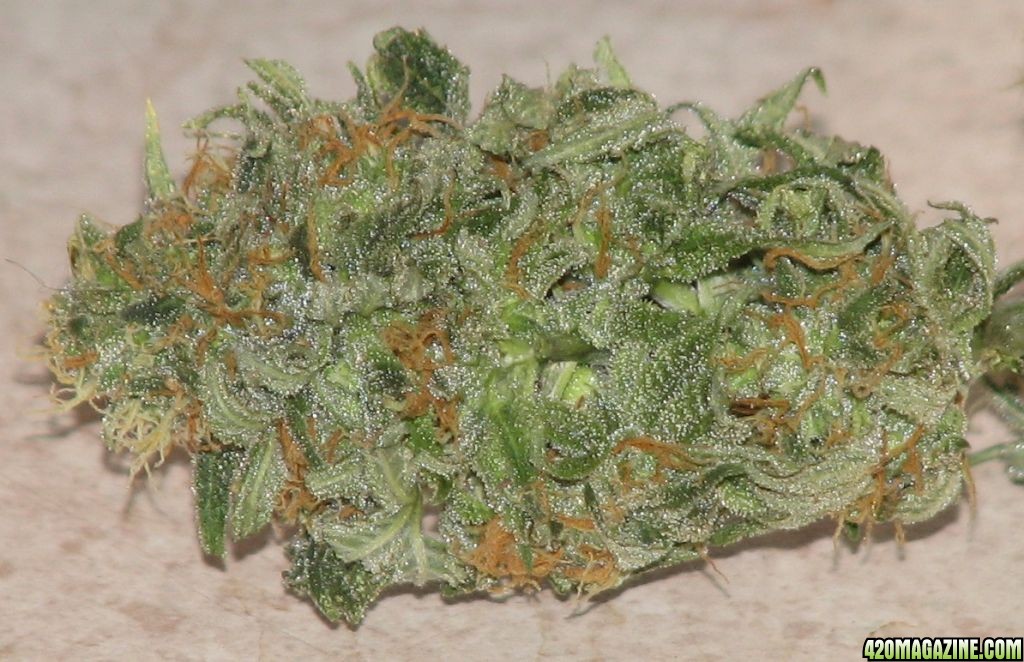 we could never thank you enough.

I AM A LEGAL AND REGISTERED CAREGIVER IN THE STATE OF MICHIGAN.

I GROW WITH BUBBLES

imma smoke alll my jack herer 2night for a memory of him R.I.P man ... i meet him at a club in tujunga CA called Foothill wellness center.. wat a great man
M

Jack rest in peace my brother, your thoughts will never fade, Im standing up for the truth, speaking the truth, nothing, only but the truth
:allgood:

May everyone stop today and take a moment to remember Jack Herer - we lost a great warrior and person 1 year ago today. Vaya con dios, brother....

I am truly grateful and honored to have been invited to spend the day at Jack Herer's grave site with his family. We spent the day telling stories and remembering his life. At exactly 4:20pm, we lit up the Skywalker OG and gave blessings to our friend, father, grandfather, brother, mentor and hero, Jack Herer. It was a day I will remember for the rest of my life. 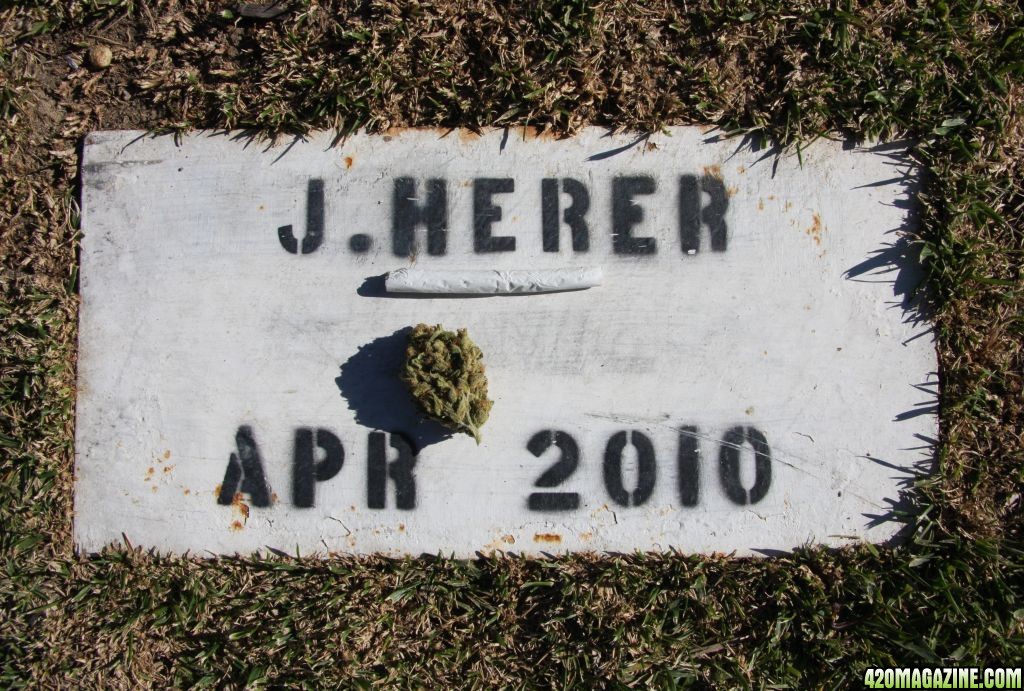 Special gratitude rocks placed on Jack's gravestone by all of us. Joint and Nug of Skywalker OG. 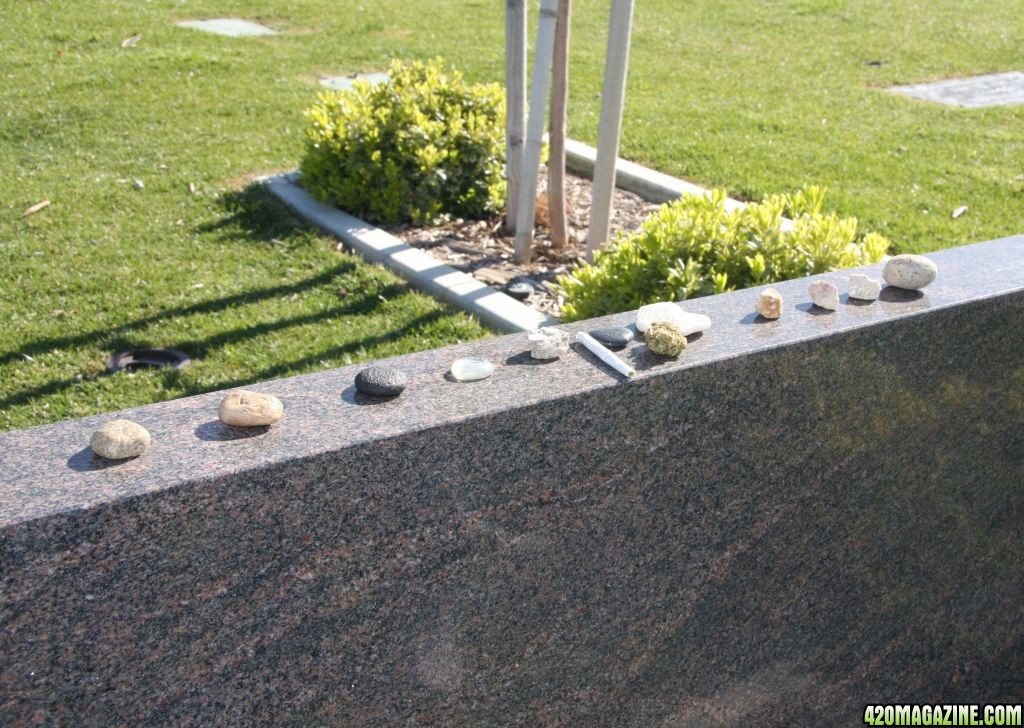 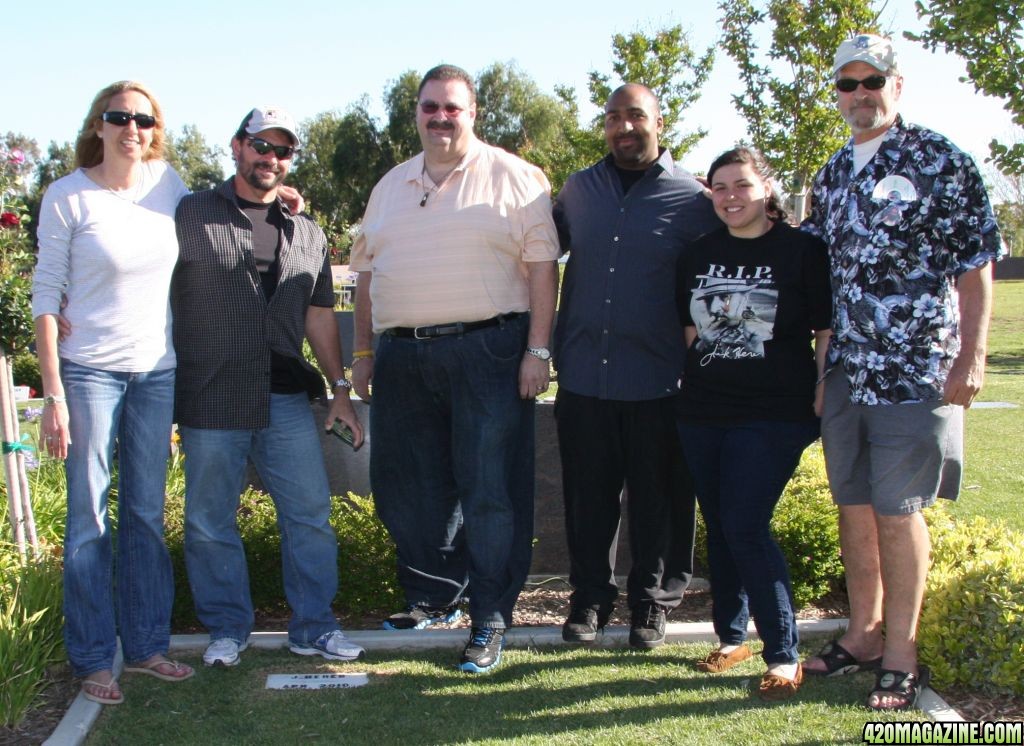 RIP Jack Herer , a great man to whom we should all give our thanks to for starting off this road that
will not end.

jack herer , was a great person with great idea. he was one of the original marijuana activist. although i did not no him personally , he is one person that i will always respect

jack herer , was a great person with great idea. he was one of the original marijuana activist. although i did not no him personally , he is one person that i will always respect

Jack recounts his first time getting high. 1969. "as strong as any weed you can get today"*.


*To be fair, it was his first time.
Respectfully,
Tortured Soul

Jack Herer RIP: A Tribute To The Marijuana-Legalization Icon One Of Last Interviews