The medical marijuana petition that would put the issue on the November ballot falls short. Volunteers failed to reach the signature requirement. Now, some families say they must become "medical refugees." Thirty-seven boxes of signatures were turned in at the Capitol last week, but the state verified "Oklahomans for Health" came up nearly 80,000 signatures shy, leaving one family on the run for hope.

"We're literally medical refugees in America in 2014," Amy Hilterbran, whose son suffers from Dravet Syndrome, said. Hilterbran spent 90 days collecting signatures with hopes that her son could try cannabidiol oil at home. She now realizes that won't be possible anytime soon. "It helps to be around people who care," said Hilterbran. "There's no place like home. It's heartbreaking."

Her 12-year-old son, Austin, suffers from Dravet Syndrome which causes multiple seizures a day. "I just, I knew we as a family had already gone through so much, and now it's going to require so much more to help Austin," Hilterbran said. Now, the family plans to travel to Colorado to have Austin be closely monitored while he tries variations of CBD oil. While here in Oklahoma, legislators plan to study the oil in small amounts, a move the Oklahoma Bureau of Narcotics supports. "We don't want to rush into it," said Mark Woodward with the Oklahoma Bureau of Narcotics. "If we're going to treat it like medicine, than we've got to treat it like we do with other medicine."

Woodward says he's relieved the petition failed. Not because of individuals like Hilterbran, but the likeliness others would abuse the term "medical marijuana." "They could use this as a back door way to basically legalize smoking pot," Woodward said. While Oklahoma searches for a balance, Hilterbran and her family will search for an answer somewhere else. "Austin will be meeting with the people who hopefully will change his life," Hilterbran said. The family plans to hold a fundraiser to help with their trip to Colorado in September. Hilterbran predicts each trip to Colorado will cost their family $4,000 to $5,000, and she expects they'll make at least five trips. 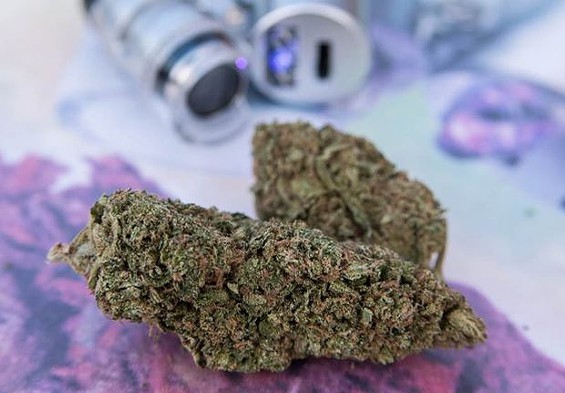