A family in Modesto, CA is experimenting with a form of medical marijuana to treat a family member's illness. While that may not seem out of the ordinary in this day and age, there is one factor that sets this instance apart from others. The family gives the drug to their six-year-old son.

Jayden David suffers from a form of catastrophic epilepsy, called Dravet Syndrome, that can be fatal for children. After pharmaceutical drugs failed to prevent Jayden's seizures, the family began to seek alternatives.

"He couldn't chew, he couldn't walk he couldn't take a bath," said Jason David, Jayden's father. "He's in pain and suffering and crying. You have to do whatever it takes to save their life."

After a year of taking a liquid form of medical marijuana made mostly of Cannabidiol, a major constituent of the cannabis plant, Jayden is beginning to live the life of a normal child. He is able to play, run, climb and eat solid food. Before he started taking legal medical marijuana, he had to swallow twenty-two pills a day to treat his epilepsy. Now he's down to just a pill and a half.

Jayden isn't the only one. There are no national statistics on how many sick children are using medical marijuana. However, states where the drug as legal report dozens of registered users under the age of 18, some as young as two.

The liquid medical marijuana is distilled at Harborside Health Center in Oakland, CA. There technicians sort, analyze and distill the plant. The workers believe the drug will help children with severe autism, epilepsy and ADHD.

"We have seen more than one child, like Jayden, who came to us with very serious, life-threatening illnesses, who as soon as they started using cannabis medicine, saw a dramatic turnaround," says Stephen DeAngelo, Executive Director at Harborside Health Center.

"All medications may have side effects, may have long-term consequences," said Dr. Seth Ammerman, a pediatrician. "Unfortunately, with cannabinoids, we know very little about that. A parent is really flying by the seat of his or her pants by doing this." 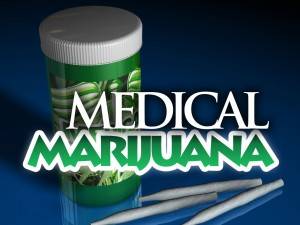