At the age of two, Cashy Hyde of Spokane Washington was in the midst of a debilitating battle with brain cancer. An aggressive tumor had wrapped itself around Cashy's optic nerves, threatening him with death. Doctors at Primary Children's Hospital in Salt Lake City performed brain surgery on Cashy, but were only able to remove about 10% of the tumor. The balance of his treatment would consist of stem cell therapy bracketed by a total of six separate waves of chemotherapy treatments. Cashy received a daily cocktail of 5 different drugs just to help him cope with the pain.

Little Cashy's body withered against the onslaught. By September 2010, he had gone 40 days without taking solid food. He was prone, shivering, and unable to lift his own head. The doctors could provide no other answers.

His father, Mike couldn't stand for it anymore. He began to give Cashy an edible oil made from Cannabis (marijuana) through his intravenous feeding tube. Meanwhile, he asked the doctors to begin easing off the anti-nausea medications.

The result was dramatic. Cashy become hungry. He began to eat solid food again. His energy levels increased and his mood improved.

Mike told his story to KXLY4 Executive Producer Melissa Luck: "You're watching a kid who hasn't had the will to eat in 4 months, 5 months, actually take a bite of something.... It shows that he wants to live."

Cashy's last round of high-dose chemo involved no anti-nausea drugs. Mike said the doctors were amazed. He never told them what had changed.

"I wanted to tell them, 'Hey, he's on cannabis oil.' But I didn't want them to take it away from him," the father said.

KXLY4 wanted to know about side effects, about the dangers of giving kids as young as Cashy medical marijuana. But despite the fact it's not illegal in Washington or in Cashy's home state of Montana, no doctor wanted to discuss it on camera.

KXLY4 is reporting this story just as the Federal government has started a campaign to shutter Medical Marijuana Dispensaries in the state of Washington.

In another interview with KXLY, Charles Wright, the owner of the THC Pharmacy in Spokane said that US District Attorney Michael Ormsby threatened him with a 20 year prison sentence if he dared to reopen for business. Wright also said that Ormsby told him that Medical Marijuana Dispensaries across Washington State would be targeted until they were all in compliance with the Controlled Substances Act, which explicitly prohibits the sale or possession of Marijuana. 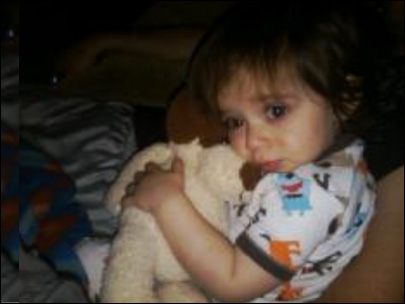 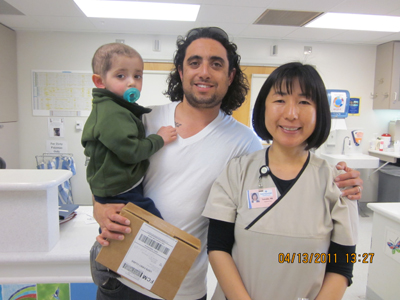 Its going to be terrible for people once they realize how many lives like these have been lost because of the War on Drugs against an extremely beneficial and harmless plant.

Glad to hear he will make it, I especially love these stories involving children because they are even more convincing for people.

ive had brain surgery! taken so many terrible preventative drugs. had so little help! Until cannabis! i just wish there was more for studies being done. ive been able to produce a pill like substance but so strong and only able to create once. the effects were wonderful on the pain and lasting also!! no med in 15 yrs has accomplished this!!!!
more power to the parents and drs!
i wish there were more folks like this, were all human! we all hurt from time to time! suffering would be much less if there were more done with the cannabis!!!
ive been told from above, just not able to see it clearly! this road is very difficult to navigate. especially with the problems i have with pain. keepin up on things is almost impossible! people take advantage when ever they can! the world is a selfish place when it comes to others with dibilitating pain!
to all those that suffer needlessly
rise up and unite for the masses! i can not be the only other patient that cannabis has saved!
peace and hug that little Cashy for me! bless you all with love from above!
68camaro
its not easy growin greezy!
take it slow and grow grow grow!

i'm saddened when i read threads like this,,, saddened in the fact that the dad had to hide the treatment until it was working,,, lets do some medical research with marijuana!!! who knows what all it can help,,, so many things have been proven, i know there are many more.. good luck to the whole family....

oh, and the 20 years for charles wright if he reopens,,,, thats bullshit, charles wants to "help" people, i know he WAS my guy.....
its only illegal if you get caught...

This made it to a British news paper

Absolutely awesome, I hate to see children hurt or even going through any hardships...I thank my higher power everyday for the healthy child I was given...I would also be the first to give my child medicinal cannabis oil if it was even somewhat beneficial to the recovery of her health...It also helps to keep the people using it off of the harder drugs used that kill the cancer and also end up killing a majority of the bodies organs....I'm very happy to see a great outcome and once again, another individual who was treated with hemp oil and benefited health wise from it...I hope more of society opens their minds to the thought of hemp oil as a medicine and uses it to benefit life for everyone...Also, kudos to the young boy who fought this tumor and had to go through all of the suffering and pain...Cashy- you are a hero in my eyes and hope to see that you get a happy fulfilled life and your parents deserve a pat on the back too!! 100% support from me my friend!!!

This was a great story. I praise all those people that come forward to the public with their stories. Amazing! We will get there...

to you in the future. you been a blessing to all us all with cancer!