The Federal Bureau of Investigation has long had a clear policy on marijuana: It doesn't hire anyone who has smoked it in the previous three years. But the bureau is rethinking that stance, according to FBI Director James B. Comey, who addressed the issue at an annual conference in New York on Monday. Mr. Comey said that the FBI may have to loosen up its stance in order to attract talented new agents, especially those equipped to go after some of the world's most sophisticated hackers and cybercriminals. He spoke on the same day that the Justice Department indicted five Chinese army officers, alleging they hacked into U.S. companies' computers, a charge that Beijing denied. Congress has authorized the FBI to add 2,000 personnel to its rolls this year, and many of those new recruits will be assigned to tackle cybercrimes, a growing priority for the agency. That is a problem, said Mr. Comey, as a lot of the nation's top computer programmers and hacking gurus are also fond of marijuana.

"I have to hire a great work force to compete with those cybercriminals, and some of those kids want to smoke weed on the way to the interview," Mr. Comey said. He added that the agency was now "grappling" with how to amend its marijuana policies. With two states having recently legalized marijuana use, the FBI isn't alone in having to reconsider its attitudes toward the plant. In January, National Football League Commissioner Roger Goodell said the league would consider allowing medical marijuana usage by players if medical experts recommended it. The FBI last relaxed its marijuana policy in 2007, when it shelved rules that disqualified anyone who had used marijuana more than 15 times in their lives, in favor of the three-year rule. For other illicit substances, the bureau bans any use for the previous 10 years, according to the FBI's website.

The FBI has one of the toughest hiring policies when it comes to drug use of any agency in the federal government. The Central Intelligence Agency, by contrast, only requires applicants to forgo drug use for 12 months before applying to the agency, according to the CIA's website. The CIA says on its website that "illegal drug use prior to 12 months ago is carefully evaluated during the medical and security processing." One conference attendee on Monday asked Mr. Comey about a friend who had shied away from applying because of the policy. "He should go ahead and apply," despite the marijuana use, Mr. Comey said. 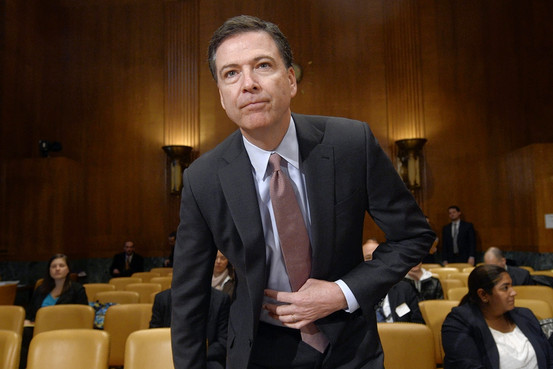 This just goes to prove that most marijuana smokers are extremely qualified in any work field.
C

Kidkudro said:
This just goes to prove that most marijuana smokers are extremely qualified in any work field.
Click to expand...

Or make them more qualified to go undercover. Sorry for any negativity, its not my fault. Not until MJ is removed from a class 1 drug will I trust anyone connected to the G. Hopefully the newbies will introduce the 'gateway' drug to the rest of the agents (morning humor).

FBI May Relax Hiring Rules On Marijuana Use

FBI Lowers Bar on Past Marijuana Use by Would-Be Agents