FDA Is Open To Medical Marijuana For Vets, But Other Agencies Stand In The Way

When the U.S. Food and Drug Administration (FDA) warned cannabidiol producers against making medical claims about cannabis products, it seemed par for the course for any federal agency. Cannabis is simply not considered medicine in the eyes of the government.

But the FDA actually appears pretty open to considering the potential of marijuana as medicine. "We've had good experiences working with the FDA," said Brad Burge, communications director at the Multidisciplinary Association for Psychedelic Studies (MAPS). The non-profit is currently conducting the first FDA- and DEA-approved clinical trial on whole-plant marijuana and enrolled its 30th participant on October 26.

"We have a long relationship with the FDA -- a lot through our MDMA research. They've been open to approving research protocols into Schedule I drugs," said Burge. "It's other regulatory agencies that have been standing in the way."

It's certainly unhelpful that the National Institutes of Drug Abuse have a monopoly on growing research cannabis. The Drug Enforcement Administration and the Justice Department aren't helpful on this front either. But the lack of support for the study from Veterans Affairs (VA) is even more egregious.

Dr. Sue Sisley, the trial's lead researcher, says she's determined to focus on veterans for this study. She plans to examine the effects of cannabis on 76 subjects with treatment-resistant PTSD. Her main motivation in focusing on veterans is the epidemic of veteran suicides in the U.S. The VA estimates that about 22 veterans commit suicide every day — Sisley thinks that number is probably higher.

"As a scientist, I'm skeptical of subjective claims," said Sisley. "[But] we have a mountain of anecdotal reports from veterans claiming that cannabis is lifesaving."

The implications go beyond saving their lives — Sisley has heard plenty of military spouses and children sing the praises of the drug. "The kids will say, 'I got my dad back' after years of [him] being disengaged, irritable and mean," she said.

Now, her main challenge is recruiting enough veterans who fit the study criteria and are able to participate on-site in Phoenix, Arizona. Sisley estimates that the Phoenix VA hospital has 20,000 veterans in their system who meet the study's eligibility requirements. But the hospital is refusing to provide information about the study to its patients.

"[In] some of the states that have put in appropriate controls [for medical marijuana], there may be some evidence that this is beginning to be helpful," said VA Secretary David Shulkin at a White House press briefing in May. "We're interested in looking at that and learning from that."

But Sisley says that Shulkin has so far refused to express support for her study: "It's the height of hypocrisy," she said.

"The VA Secretary could make a call to the Phoenix VA, and we could start sharing information with these patients," said Sisley. "Why does it take political courage to defend a federally legal study? Not even defend it, just fast-track it. We've been stonewalled at every turn."

The researchers have paid for various types of advertising and hired a veteran to oversee recruitment efforts. Still, "the issue for us is [getting] cooperation from the Phoenix VA hospital," said Sisley. Recruitment has dwindled to a "pretty slow trickle."

If the study fails to recruit 46 more veterans in the next couple of months, "we'll have to reevaluate," she said. "We fought for so many years and the veteran community has stood shoulder to shoulder with us, helping us kick down the doors... Many of them have adopted this trial as their own."

The American Legion, a veterans organization that has more than 2 million members, called on the VA to support the clinical trial in September. "We ask for your direct involvement to ensure this critical research is fully enabled," wrote the organization's National Commander Denis Rohan in a letter to Shulkin. "[The study] could potentially produce scientific evidence that will enhance, improve, and save the lives of veterans suffering from post-traumatic stress disorder."

But Shulkin has remained mum on the issue.

"I'm assuming that [Attorney General] Sessions has created an atmosphere of fear around the word 'cannabis' and so nobody's willing to step out," said Sisley. "The FDA deserves major commendation because they at least are responsive." 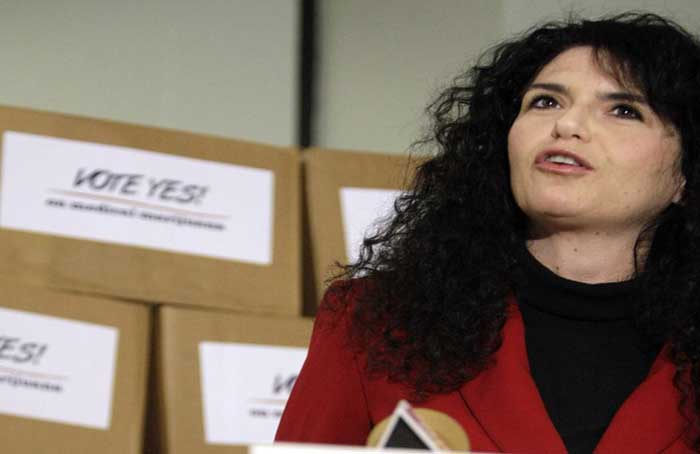