Federal and state authorities have filed criminal charges against seven people in connection with a series of suspected hash-oil explosions and fires, including one that killed a former Bellevue mayor last year. The charges were announced this morning during a news conference featuring Jenny Durkan, U.S. attorney for the Western District of Washington, Pierce County Prosecutor Mark Lindquist and top leaders from the Drug Enforcement Administration, the Bureau of Alcohol, Tobacco, Firearms and Explosives, the Pierce County Sheriff's Department as well as Kirkland, Puyallup and Seattle police.

Among those charged are David Richard Schultz II, Daniel James Strycharske and Jesse D. Kaplan, who have been charged with endangering human life while manufacturing controlled substances, maintaining a drug-involved premises and manufacturing hash oil and marijuana, according to U.S. District Court documents unsealed this morning. According to charges, the three men were seen manufacturing hash oil, also known as "Butane Honey Oil," in a unit at The Hampton Greens apartments in Bellevue.

Witnesses reported hearing a loud boom before a fire erupted at the apartments, in the 4500 block of 148th Avenue Northeast, around 6:30 a.m. on Nov. 5. Bellevue's first female mayor, Nan Campbell, 87, died as a result of the explosion and fire that spread from the unit where the hash oil was allegedly being manufactured. Fire officials estimated the damage in the Bellevue explosion and fire to be around $1.5 million to the building and $150,000 to the contents.

Bellevue police had gone to the apartment on Oct. 17 and spoken with Kaplan and Schultz, charges said. Both men presented their medical marijuana cards, but told police they were not making hash oil, the charges said. The officer told the men that producing hash oil could result in a fire or explosion. He also said that making the oil inside the apartment "would be a violation of their rental agreement," charges said. The three defendants were all injured in the Nov. 5 explosion and fire, charges said. While Bellevue police would never confirm publicly that they believed the explosion and fire were the result of hash oil production, a source told The Seattle Times last fall that investigators found all the supplies to manufacture a cannabis-related oil inside one of the burned apartments.

The other cases involving charges by the U.S. Attorney's Office include: a suspected hash oil fire in Seattle's Mount Baker neighborhood that knocked a building six inches off its foundation in January; and an alleged hash oil fire and explosion in Kirkland in January that injured two men and severely damaged two apartments. The most popular way of making hash oil now involves flammable solvents, particularly butane, which can be bought in hardware stores.

Usually a glass or steel canister is stuffed with dried pot. The canister is then flooded with a solvent such as butane, which strips away the psychotropic plant oils. The resulting golden-brown goo is then purged of the solvent. Common methods include boiling it off in a hot-water bath, according to Wired magazine, or using a vacuum system to pull butane from the oil. The danger comes mainly from improper ventilation. Butane is heavier than air and tends to sink and puddle in a closed room; sparks can cause catastrophes, which the Federal Emergency Management Agency says are sometimes misidentified as meth-lab mishaps. 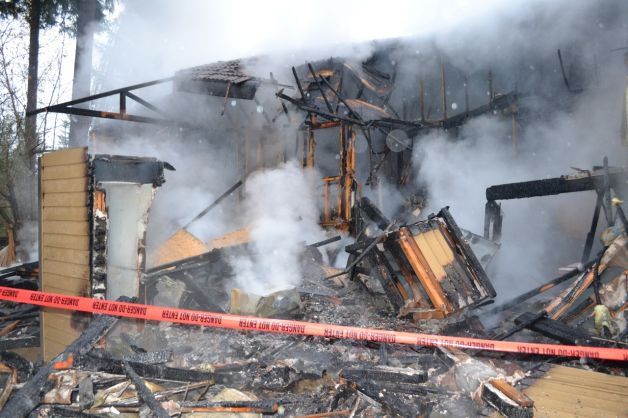