Millions of Americans are now able to walk into a marijuana dispensary and purchase bags of pot on the spot for a variety of medical ailments. But if you're a researcher like Sue Sisley, a psychiatrist who studies post-traumatic stress disorder, getting access to the drug isn't nearly so easy. That's because the federal government has a virtual monopoly on growing and cultivating marijuana for scientific research, and getting access to the drug requires three separate levels of approval. Sisley's fight to get samples for her study – now in its fourth month – illuminates the complex politics of marijuana in the U.S.

While 20 states and the District of Columbia have made medical marijuana legal – in Colorado and Washington state the drug is fully legal – it remains among the most tightly controlled substances under federal law. For scientists, that means extra steps to obtain, transport and secure the drug – delays they say can slow down research by months or even years. The barriers exist despite the fact that the number of people using marijuana legally for medical reasons is estimated at more than 1 million and growing.

Stalled for decades because of the stigma associated with the drug, lack of funding and legal issues, interest in research into marijuana's potential for treating diseases is heating up. Recent studies and anecdotal stories have provided hope that marijuana, or at least some of the components of the plant, may have diverse applications such as treating cancer, HIV and Alzheimer's disease. But scientists say they are frustrated that the federal government has not made any efforts to speed the process of research. Over the years, the Drug Enforcement Agency has turned down several petitions to reclassify cannabis, reiterating its position that it has no accepted medical use and remains a dangerous drug. The DEA has said that there is a lack of safety data and that the drug has a high potential for abuse.

Sisley's study got the green light from the Food and Drug Administration in 2011, and for most studies, that would have been enough. But because the study is about marijuana, Sisley faced two additional hurdles. First, she had to apply to the Department of Health and Human Services to purchase the research-grade samples from the one farm in the United States – housed at the University of Mississippi and managed by the National Institute on Drug Abuse – that is allowed to grow marijuana under federal law. HHS initially denied her application but then approved a revised version March 14 – more than four months after it was submitted.

Now, Sisley must get permission from the DEA to possess and transport the drug. Dawn Dearden, a spokeswoman for the DEA, said that the agency is supportive of medical research on marijuana but needs to follow regulations under the Controlled Substances Act. "DEA has not denied DEA registration to a HHS-approved marijuana study in the last 20-plus years," she said. Sisley, who began her work with post-traumatic stress disorder while at the Department of Veterans Affairs and now works at the University of Arizona College of Medicine, says she considers the news from the HHS a "triumph" for marijuana research. But she says the study still has "a potentially long road with the DEA," which "is famous for delays." "There is a desperate need for this research, but it's impossible to study this drug properly in an atmosphere of prohibition," Sisley said. 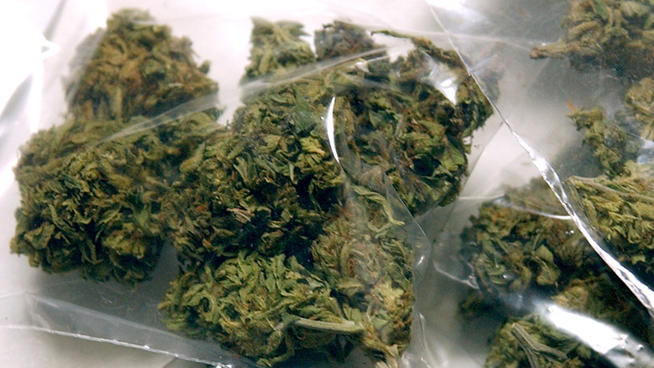